Google Maps Street View was developed in 2007 as a way to allow users to gain an on-the-ground look at locations all around the world. Over the years, though, it has gained some notoriety for its ability to spot some less expected moments.

One such moment has circulated online after a Google Maps user spotted a man caught in a rather bizarre situation on his driveway.

The moment unfolds outside a home, which could well belong to the man in the image.

A black car is parked on the driveway of the house, which isn’t all that unusual.

However, it is the man’s position within the car which really caught users’ attention. 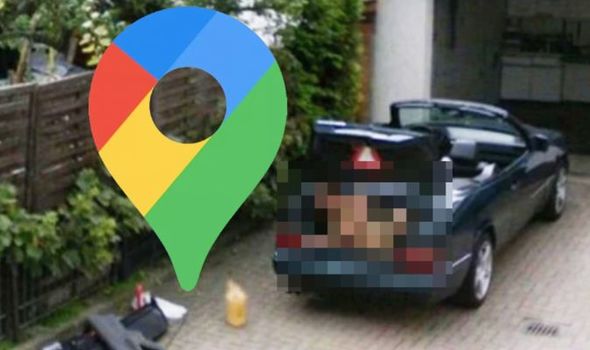 The open-topped car is sat with its boot popped open.

There, within the boot of the car is the man.

However, to make the scenario even odder, the boot dwelling male appears to be completely naked.

Based on the way his arm is positioned, he seems to be hoisting himself up out of the boot.

Whether or not he is climbing in or out remains unknown, as do his motives behind being naked in the back of the car.

To make things even more questionable, a series of items are strewn all around the vehicle.

An assortment of black bags can be seen strewn to the left of the car.

They are joined by what appears to be an orange container of sorts. 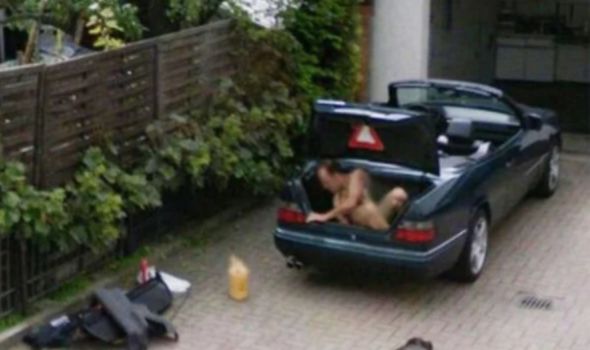 To the right of the car lays a black dog, which appears to be sleeping and completely unfazed by its owner’s actions.

Though the moment has featured on Google Maps Street View for some time, it seems no explanation has been given as to what is going on.

Therefore viewers will have to come up with their own backstory to this odd incident.

It is not the first time people’s nude escapades have been snapped by the Google Maps Street View cameras, however.

The tech giant was forced to blur images on a beach in Mexico after one couple made a rather risque decision.

A man and woman were spotted removing all of their clothes and flashing the cameras.

It seems the duo were playing some kind of prank on the Google camera, as they appeared to follow it all the way along the beach.

At one point, the female was even spotted climbing atop her male counterpart’s shoulders, waving her arms in what could be considered an attempt to gain the camera’s attention.