Google Maps Street View was initially developed as a useful geographical tool. However, it’s become an unlikely source of entertainment over the years. Two men snapped by the tech giant have certainly got internet users thinking.

A photo of the pair has gone viral after being posted to content-sharing site Reddit.

The image shows the men outside a house in Maryland, USA.

However, there is something very strange about their activity of choice.

Each man is stood atop a stepladder. 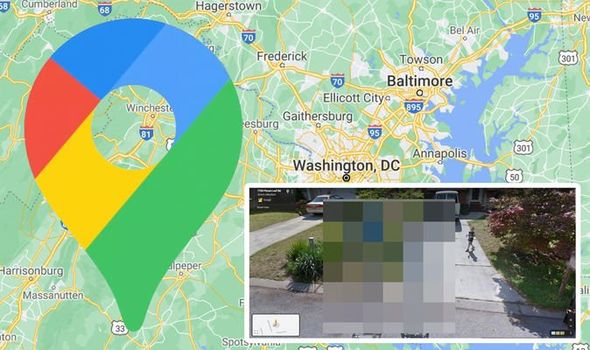 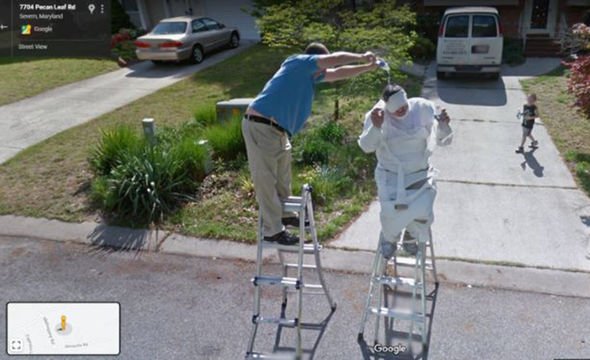 One is wearing beige trousers and a blue T-shirt.

But the attire of the second man is exceptionally odd.

He appears to be almost entirely wrapped in bandages – or possibly toilet toll.

Even his head is partially covered by the white material.

Meanwhile, his pal on the stepladder next to him is wielding a bottle of water.

In fact, he is pouring it over the wrapped man’s head.

What on earth could be going on here?

The photo was captioned: “Alternative shower.” 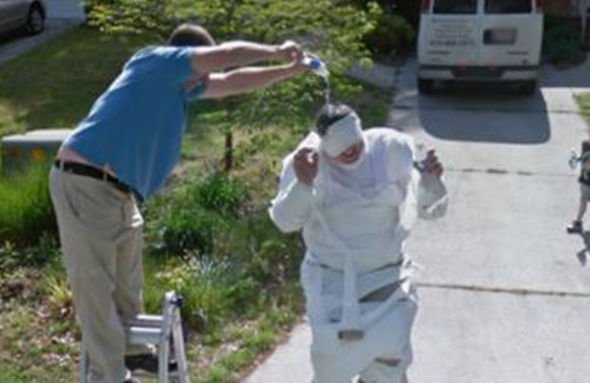 Reddit users have shared their thoughts and confusion concerning the scene.

“Why are they both on ladders?” one asked.

Another appeared to imagine what the small boy looking at the two men might be thinking: “Why did they wrap Uncle Larry in toilet paper?

“And what’s with the water, are they trying to papier-mâché him?”

One viewer was more intrigued by Google’s decision to blur some of the stepladders’ steps.

This is normally reserved for attempts to preserve privacy.

“Thank you Google for blurring out the area under the ladders! That was some pretty obscene stuff!” they wrote.

As no immediate answer is offered by the photo, viewers are simply left to come up with their own explanations; one obvious one being a prank. What do you think?