Elyse Elkin, a Magellan Award recipient, founded Exclusive Group Travel after a 20-year tenure at Travel Impressions. She has been responsible for changing the way annual hotel and leisure group contracts are issued.

When someone of great stature in the industry passes away, they are certain to get an obituary in the trade publications. In 2021 alone, the industry lost Sandals chairman Butch Stewart, Marriott CEO Arne Sorenson, Phocuswright founder Philip Wolf and past ASTA presidents Thomas Keesling Sr. and Mike Spinelli.

But sometimes we lose someone relatively early in their career who, it could be argued, helped the giants of the industry reach their stature.

Joe Gorga, who had a heart attack and died at the age of 41, was one such individual. He started his career at Travel Impressions in 2005 (on his birthday) as an intern. He was assigned to work for me, in the Mexico department, promoting charters. 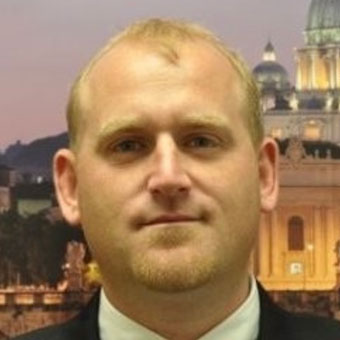 Joe worked with travel advisors and salespeople. He took on more and more responsibilities. He learned how to put together contracts and worked hard to fill the rooms that contributed to the success and recognition that leaders of many large companies and destination marketing organizations received.

Joe truly enjoyed working on a team. He enjoyed meeting hoteliers and did everything possible to increase their sales and market share. He enjoyed analyzing the reports we would send to the suppliers. His favorite time of the year was when Mexico’s annual travel show, Tianguis, and the Cancun Travel Mart were held. The Caribbean Hotel and Tourism Association annual gathering was near and dear to him, as well; one that was held in Jamaica was, in fact, the first event he went to when he entered the travel industry.

Joe worked hard but had a way of making even the hardest task seem easy, and he proved to be a good (and omnipresent) guide to his staff. And there was nothing he wouldn’t do for a supplier or travel advisor. He was, on one hand, like a human calculator, but at the same time he had a wonderful sense of humor.

He was also a sponge, thirsty for more and more knowledge. He never tired of learning, and one thing he learned early on was never to accept the word “no.” If a travel advisor needed his help, he was right there, taking care of an issue as soon as he heard about it. Advisors contacted him for price matches, rooms they needed confirmed, amenities they wanted for their clients, and he would get the answers and provide detailed information on any question. If an advisor wanted to book a hotel that we didn’t have in the portfolio, he often convinced us to contract it. He was only truly satisfied when he was helping someone.

When I founded Exclusive Group Travel, there was no question that he was ready to accept the role I offered him: vice president of product.

He will be sorely missed by the industry peers with whom he came into contact. Suppliers frequently commented to me that he had created a fabulous team and that he was always ready to give his all to help anybody, or any business, be successful. I, too, will miss him sorely. He was one in a million.

Joe gave and gave, and even in his death he continued to give, as an organ donor. The Gorga family — his father, Steve, is well-known in the industry for his leadership roles at several companies and is currently executive vice president of P. Jason King & Associates — was advised that Joe’s bone marrow helped save the lives of 49 people and that someone else will now be able to see the world through his beautiful blue eyes.

Successful people — the heads of large companies — sometimes forget that they owe their success in large measure to people like Joe who give their hearts and souls to traveling consumers, to travel advisors who made the bookings and to the companies they partner with.

This is not to take anything away from industry leaders and pioneers who have left behind great legacies. But knowing Joe as I did, I think it’s time that everyone recognize that behind every successful travel business story are dozens of individual success stories which, together, build the foundations for the success of others.

I want at least one of them, Joe Gorga, to be known, recognized and honored.