What’s YOUR favourite scary movie? Most popular Halloween horror films around the world revealed – and it’s Alien that’s the overall No1

Getting under the blankets to watch a horror movie is a time-honoured Halloween tradition – and now the most popular spooky-film choices in 19 countries around the world have been revealed.

According to Google search data, the overall most popular Halloween horror movie is Alien, which takes the top spot in England, New Zealand, Spain, France, Germany, Norway and Wales and has the biggest search tally in total.

The Shining is also a top choice, with America, Scotland and the Republic of Ireland all apparently seeing it as the best bet for a TV fright night. 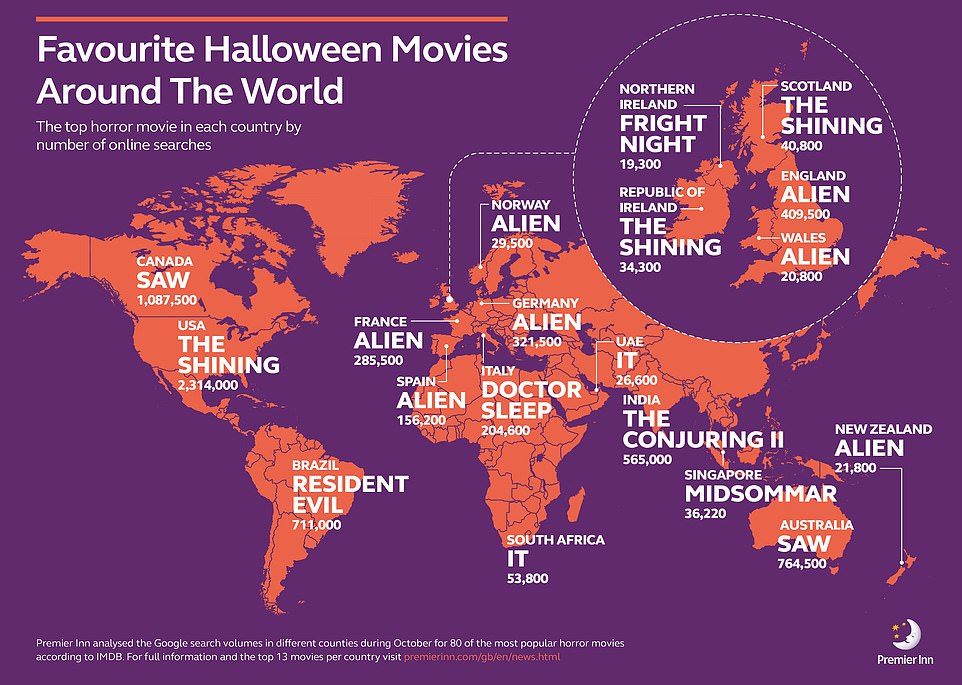 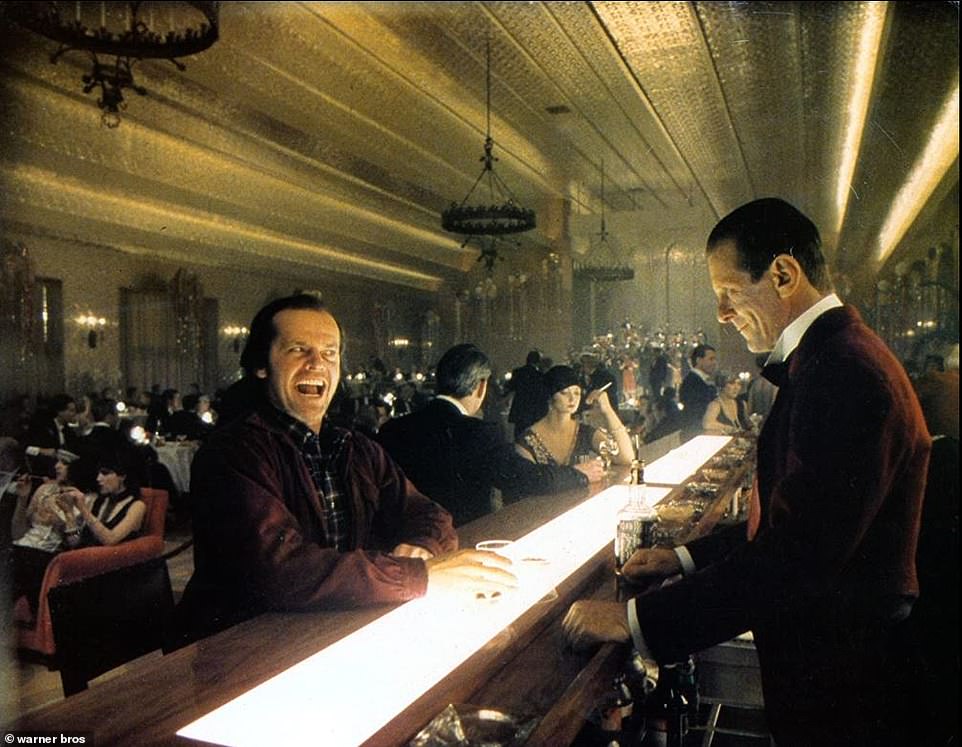 The Shining is the top choice for a Halloween horror movie in America, Scotland and the Republic of Ireland

According to Google search data, the overall most popular Halloween movie is Alien, which takes the top spot in England, New Zealand, Spain, France, Germany, Norway and Wales and has the biggest search tally in total

Source: Premier Inn analysis of Google search data for the month of October going back to 2016.

The research was carried out by hotel chain Premier Inn, which drew up the ranking by researching IMDB’s most popular horror films – from vintage classics such as The Exorcist, Blair Witch Project and Scream, through to modern fright fests Hereditary, Midsommar and Doctor Sleep – then analysing Google search volumes for the month of October back to 2016.

And in the UK there is broad agreement about what constitutes a top horror movie.

The Shining, Alien, Doctor Sleep and Scream all feature in the top five rankings for Scotland, England, Wales and Northern Ireland.

The Exorcist and Gerald’s Game both appear in all UK rankings, too.

A spokesperson from Premier Inn commented: ‘We know at this time of year that people like to frighten themselves with a spooky movie, and we were curious to compare which movies were most popular across the UK, and then see how it compared to other places across the globe. We hope the research gives some frightfully good movie inspiration for anyone looking to give themselves a little scare this Halloween.’