Many holidaymakers were left disheartened after the Government’s latest traffic light list update when the predictions Spain’s archipelagos would be added to the green list did not come true. Though the nation remains on the amber list, the UK Government is not currently advising against “non-essential travel” to the Canary Islands – one of Spain’s archipelagos.

Spain has also lifted its entry and testing restrictions for UK arrivals.

After a long year of separation, one UK traveller made the decision to fly out to the Canary Islands in order to reunite with his partner who has remained on the island throughout the pandemic.

The Briton, who chose to remain anonymous, explained to Express.co.uk that he found travel to the amber list country “easy and stress-free” despite his concerns about how the airport experience may pan out.

“I went to Lanzarote to be with my girlfriend, who has been unable to travel due to long-term Covid,” he explained. 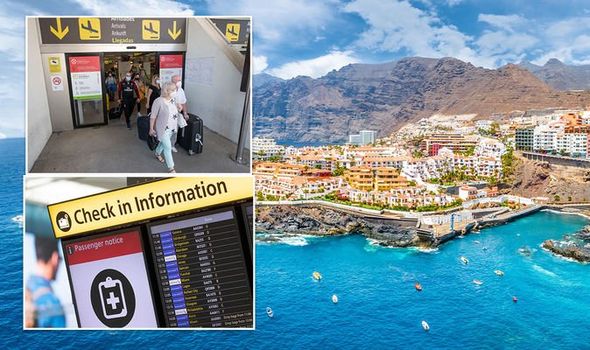 “We were due to be reunited in late December but then the borders suddenly shut and travel was banned and we’ve not been able to see each other since.”

While the traffic light system may have caused confusion for many, the Lanzarote destined traveller did his research before travelling, with some help from money saving expert Martin Lewis.

“I already understood the system, but I think Martin Lewis has probably produced the most consumer-friendly easy-to-understand guide to travelling, which essentially makes the point that you need to take three factors into account when travelling, and not just the traffic light system which most people are focusing on,” he said.

“These are the traffic light system, the Foreign, Commonwealth and Development Office advice – which affects your travel insurance cover – and the rules of the country you’re visiting. “

Having read up fully on the rules and regulations of both leaving the UK and entering the Canary Islands, the traveller felt certain he “understood what was required” of him.

In fact, he states he was “not nervous at all”, though he did anticipate “long queues and a stressful atmosphere” at the airport.

To his surprise, however, this was not the case at all.

“I found it very easy. I flew from Heathrow Terminal 5 with Iberia Airways and they just asked for my QR code, from the passenger locator form which the Spanish authorities ask every tourist to complete,” he explained.

“Security was also very quick. I had visions of long queues and a stressful atmosphere throughout the journey, and I am happy to say that none of this transpired.”

The rest of the journey followed in a similar suit, with few bumps along the way.

“I had two flights, with one stopover in Madrid from London, before going on to Lanzarote. I upgraded to business class for £85 and upon arrival at Madrid there was no queue at border control,” he explained. 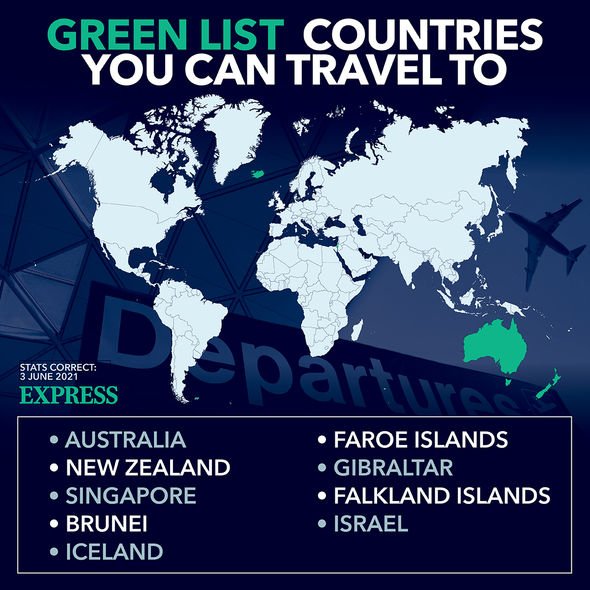 “The same for Lanzarote. When I arrived at Lanzarote airport I was asked if I had a PCR test but just told them we didn’t need one anymore, it was the second day after the rule change, and they just took my passport details.

“Both were very speedy and stress-free processes.”

Once in Lanzarote, the Briton says things felt “less overwhelming” than in the UK.

“It feels less like a pandemic than in London,” he explained.

“The place is pretty empty at the moment and where I am is a lot quieter than where I live in central London.

“There is a requirement to wear face masks outside, as well as in the shops, but it feels different to the UK.”

As a result, he said: “I would 100 percent be happy to travel to another amber list country or green country again.”

When it comes to other Britons who may be uncertain of whether to jet off to an amber country or not, he believes it should be a personal choice.

“To anyone else thinking of going abroad, I would urge them to just trust themselves about whether to travel or not,” he said.

“Some people may want to leave the UK and that’s fine, while others may not want to go anywhere and that’s also fine.”