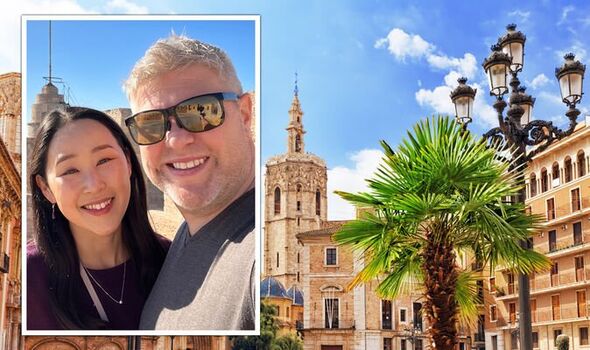 Josh and Vicky moved in Valencia, Spain, with their dog Hodo. They have documented the experience on their Youtube channel, A Couple of Nomads.

The expat pair, who also post their travel on their Instagram account, have praised the open mindedness of the Spanish people they have met during their relocation.

The couple said: “Our neighbors and other Spaniards are also very open-minded and welcoming, so we have gotten to know them as well.

“We just need to work on our language skills to be able to have better conversations with them.”

The couple dicussed their life in Valencia and how they found a community upon their move.

They advised joining expat groups as a good way of meeting friends.

The couple said: “There are many ex-pat groups here in Valencia.

Looking for others who enjoy the same activities and hobbies as you is a good way to start the search for a social circle.

They went on: “Other than participating in ex-pat group events, we have met many great people through our YouTube channel and social media platforms like Instagram.

“We’ve had opportunities to meet many other ex-pats living here, as well as subscribers and other content creators who are living or visiting Valencia.”

Valencia was ranked the number one destination in the world for ex-pats recently in The Expat City Ranking 2020.

Expats represent 13 percent of the population in Valencia, wth over 100,000 non-Spanish natitals living there as of 2019.

The couple recently discussed misconceptions about expat life in Spain.

They claimed the biggest is “you’re going to be sitting on the beach and drinking sangria all year!”

Vicky and Josh claimed the weather is cold in the wintertime, even in Valencia.

“In the wintertime here in Valencia it’s cold,” the couple said.

They even suggested taking a item of clothing one might not expect to need in the Med.

“Maybe not as cold as the U.K. but, Valencia is colder than most expect,” they went on.

“Waking up mid-January in the morning it’s as low as 1 degree outside.

“So, bring a winter coat, most people here are bundled up in hats, scarves, and maybe even gloves while drinking a beer on a terrace.”