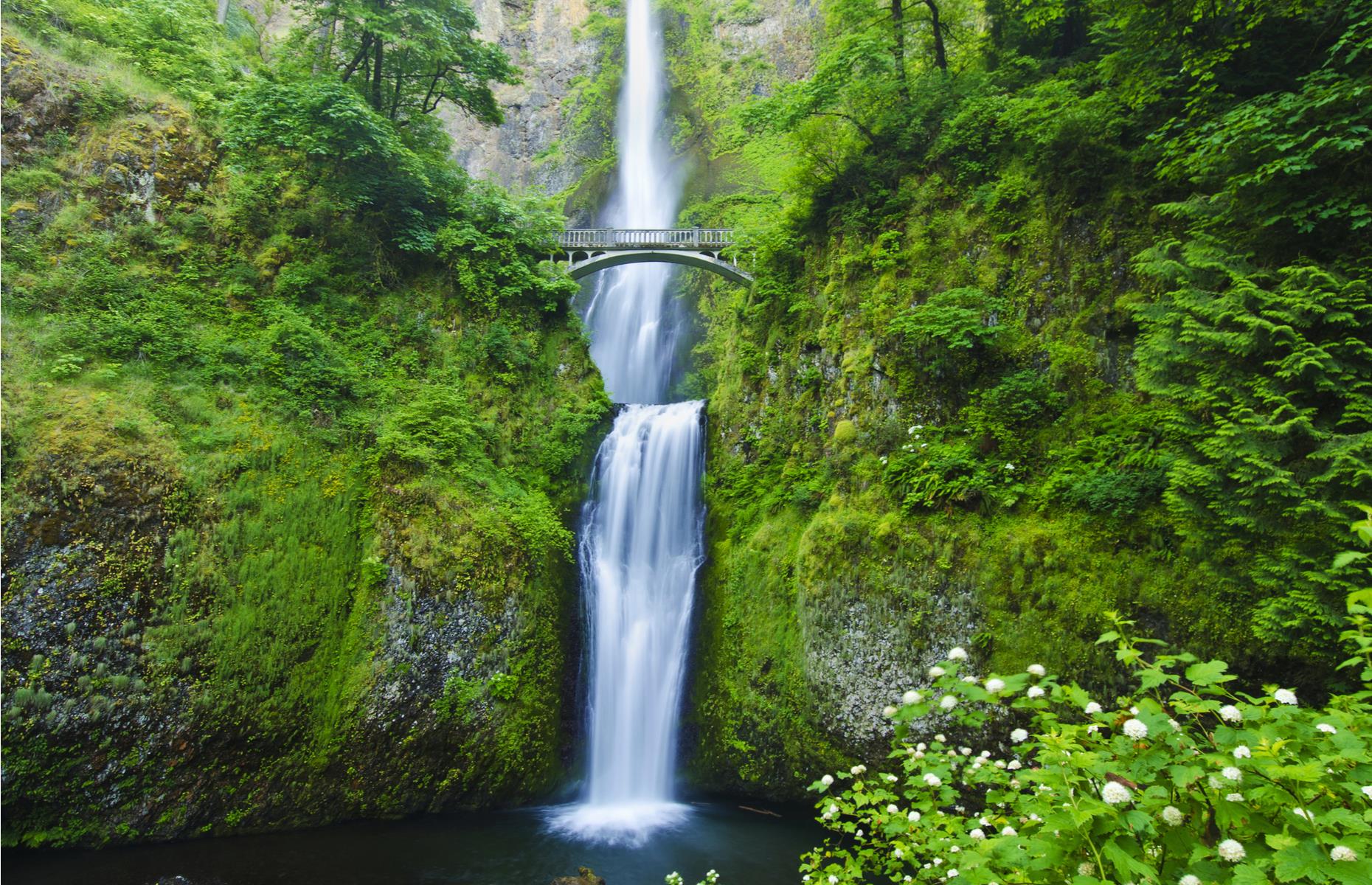 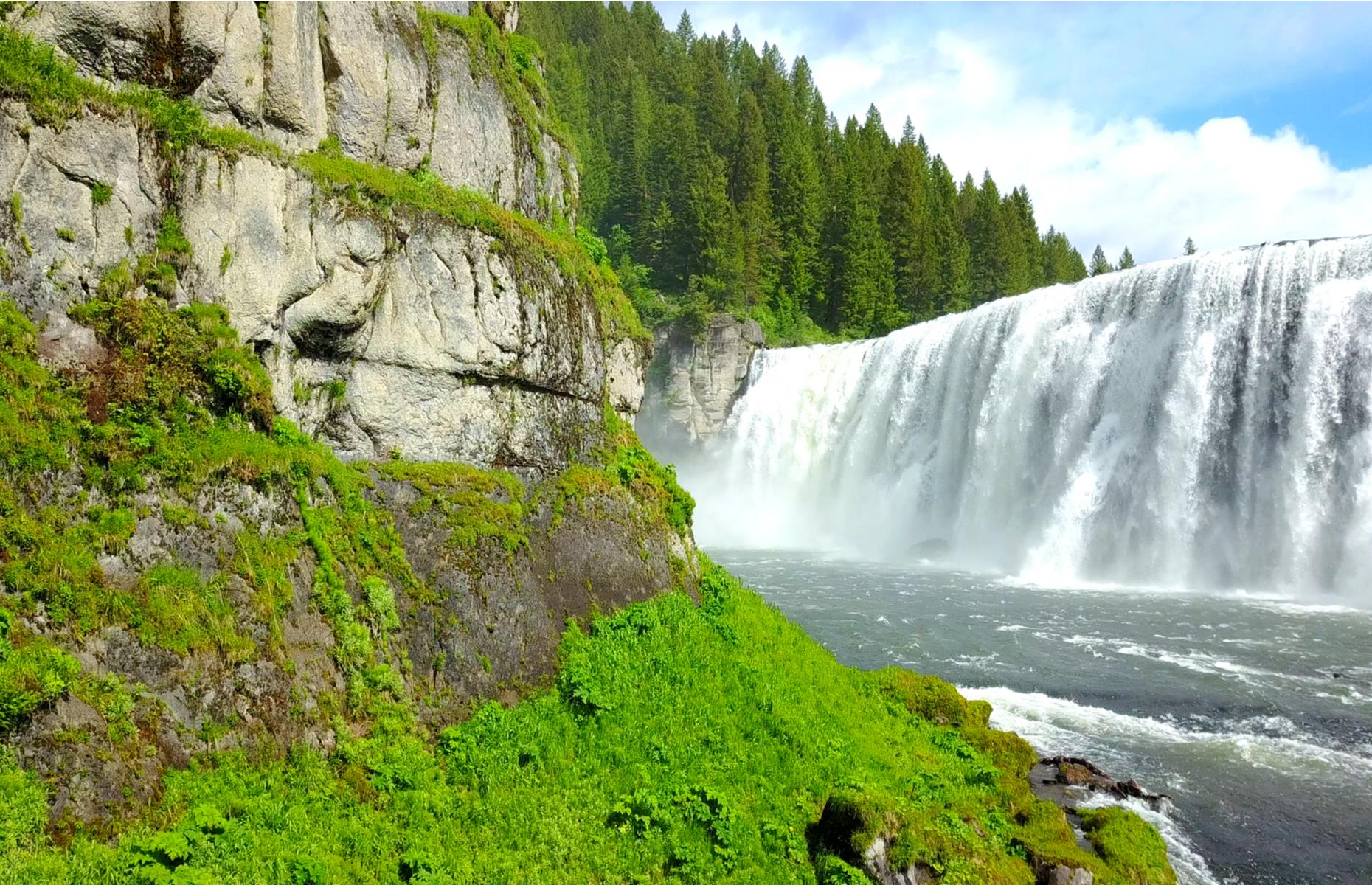 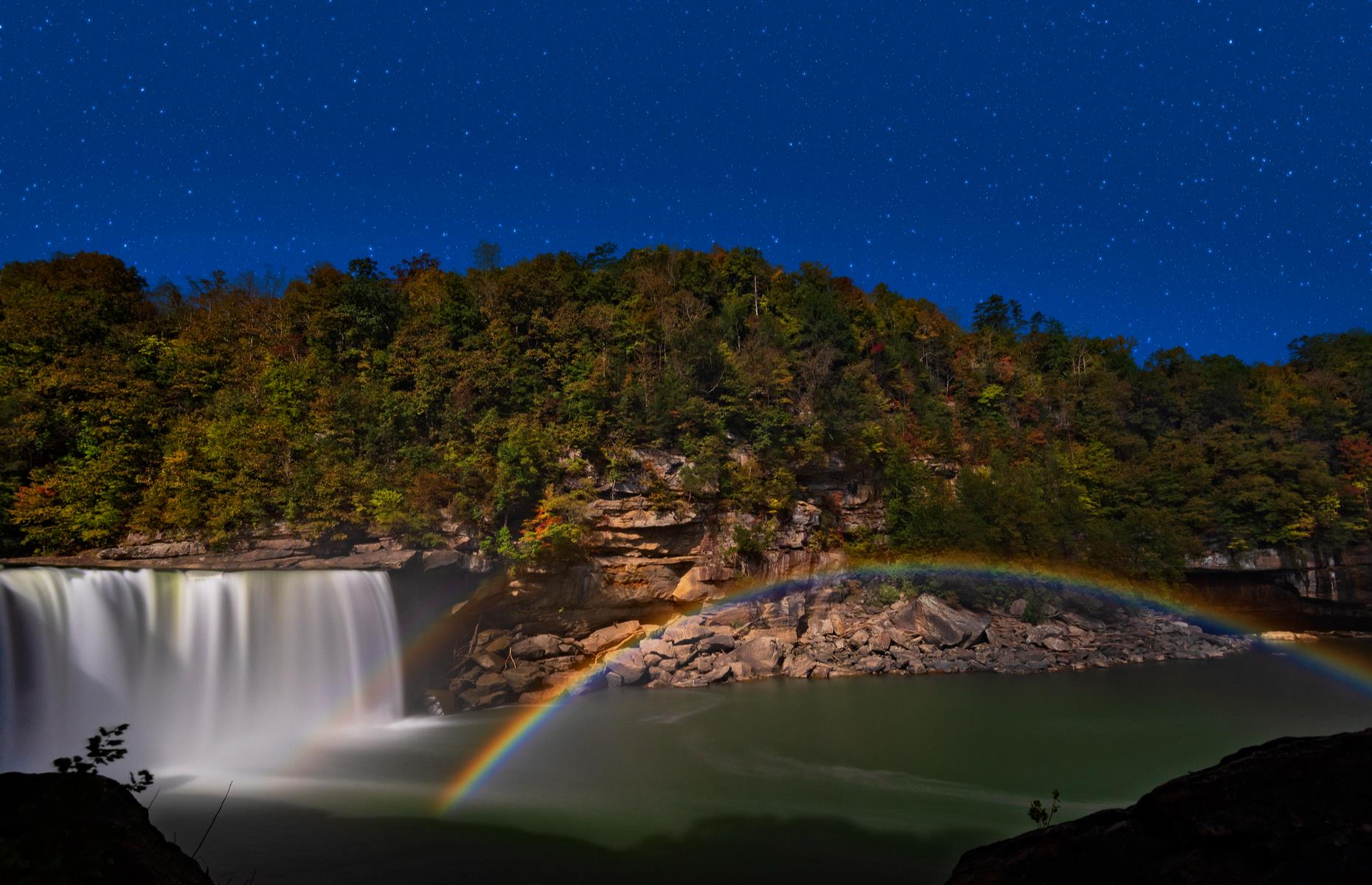 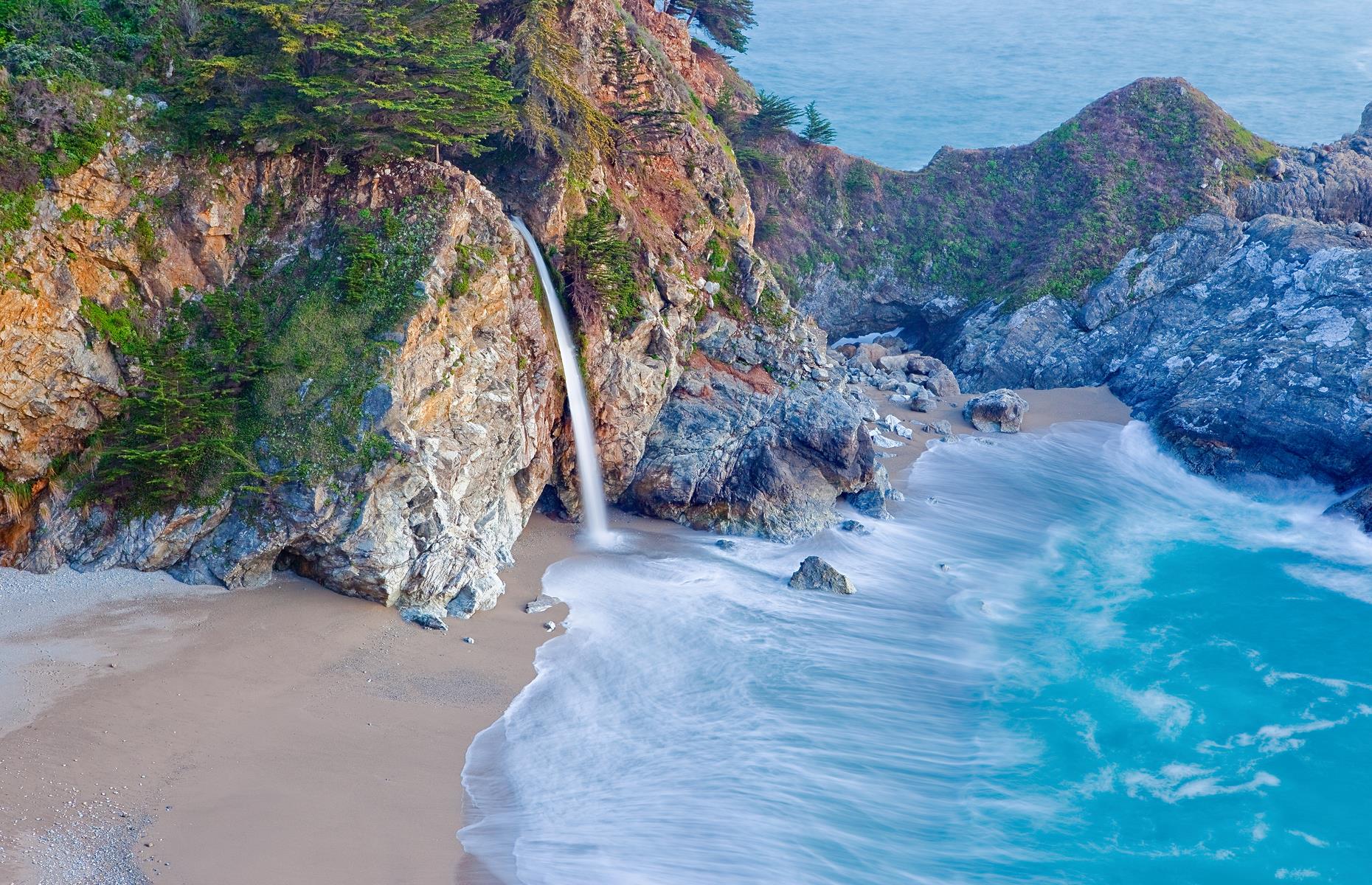 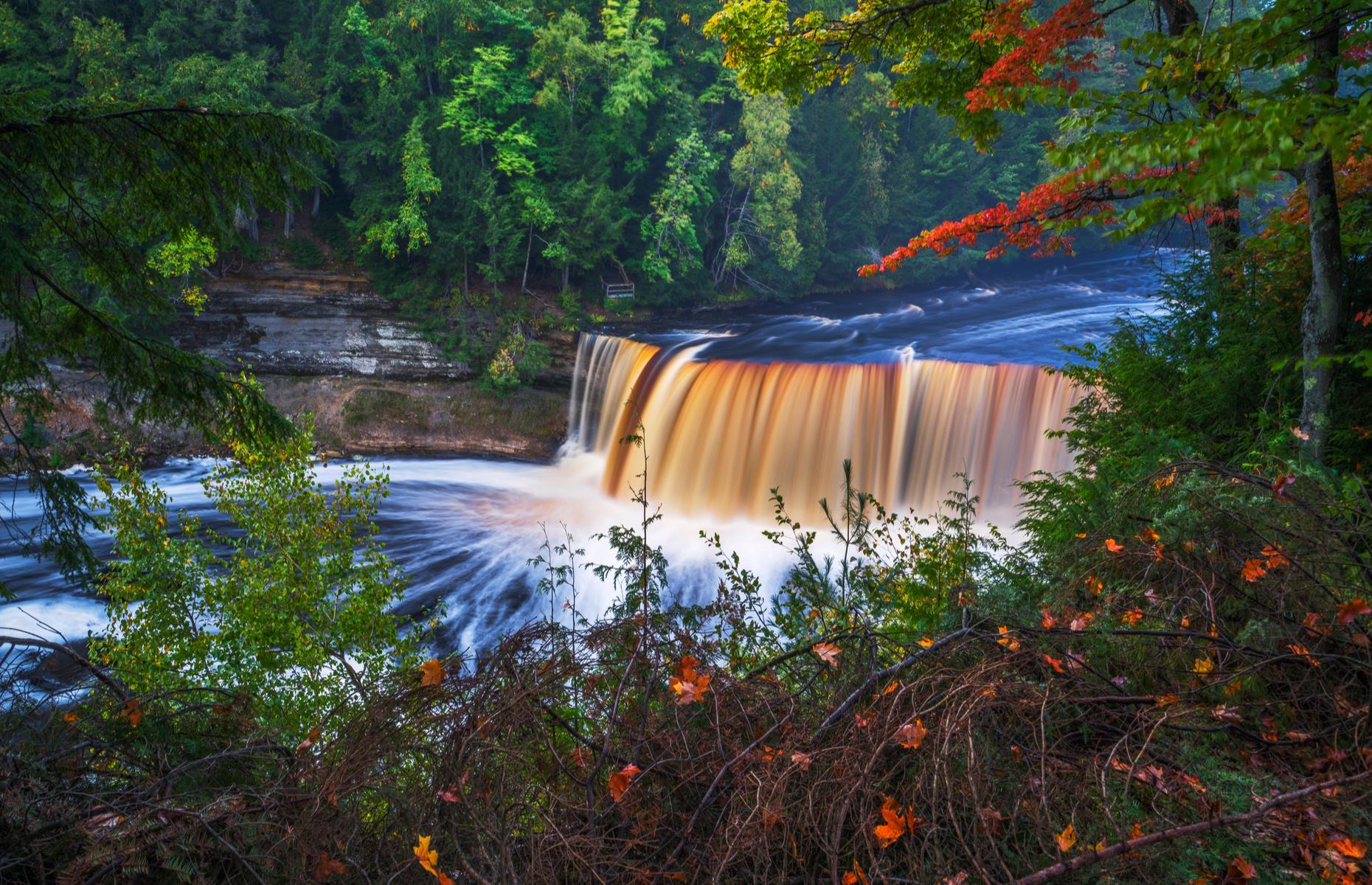 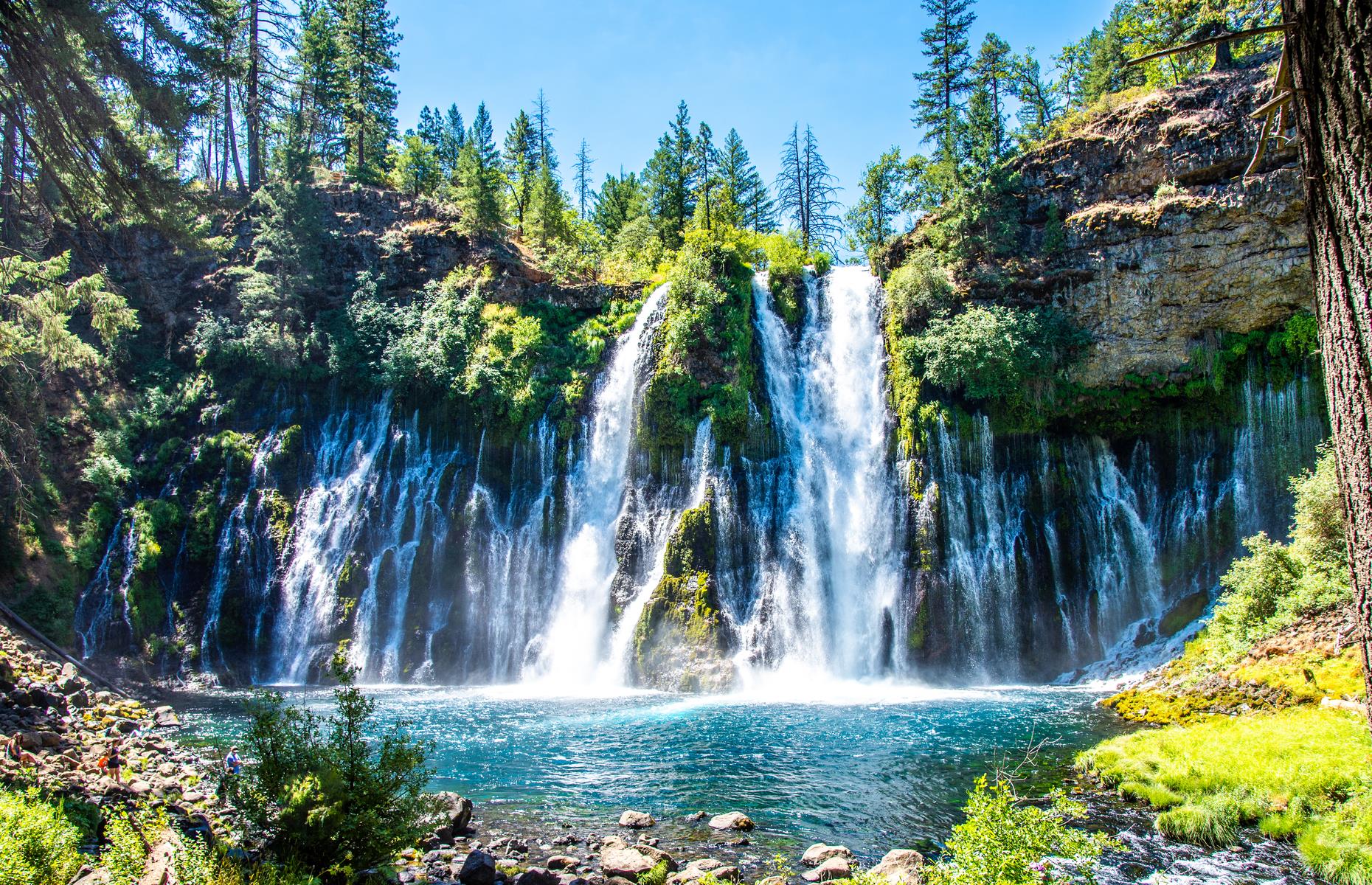 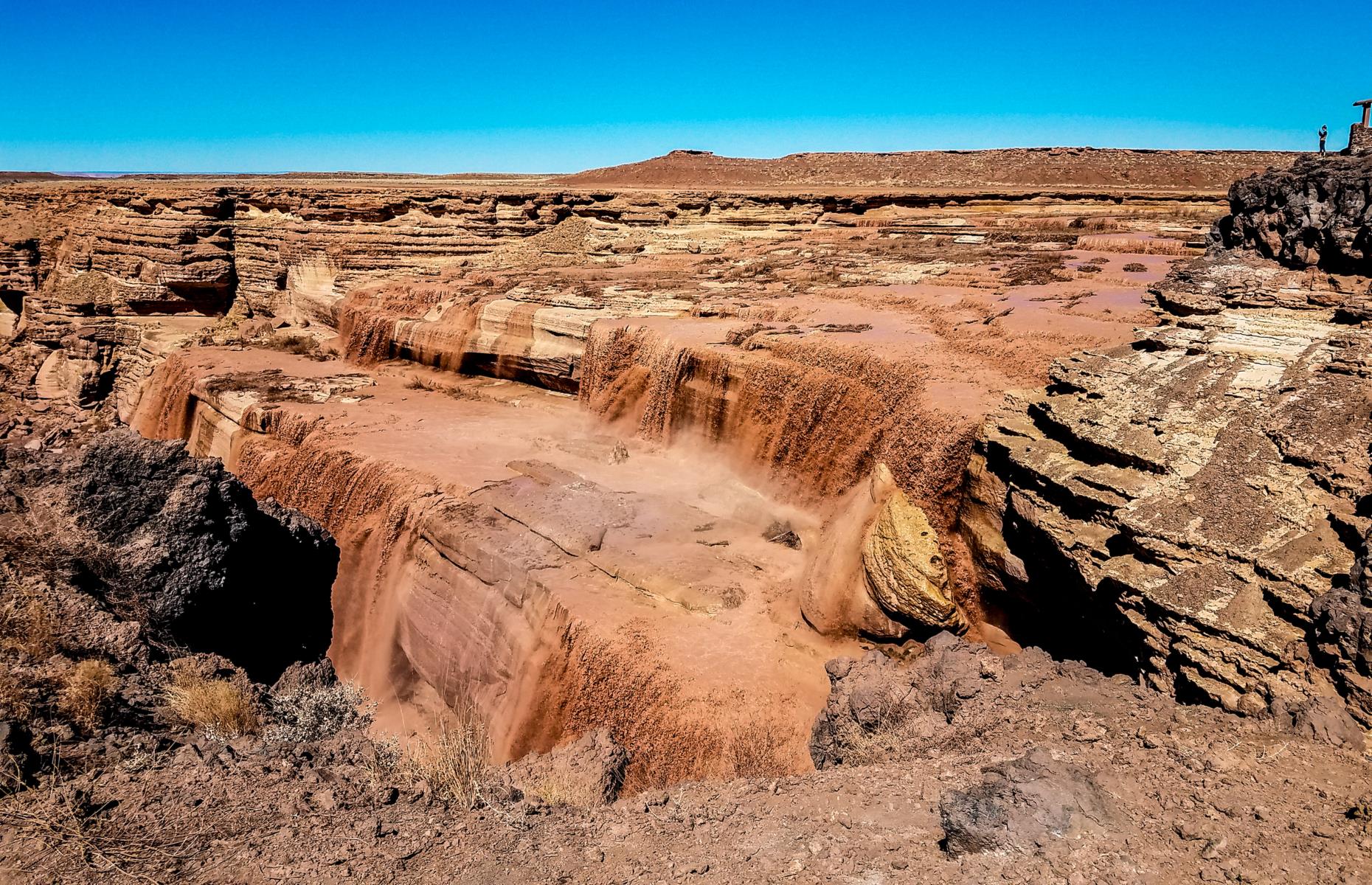 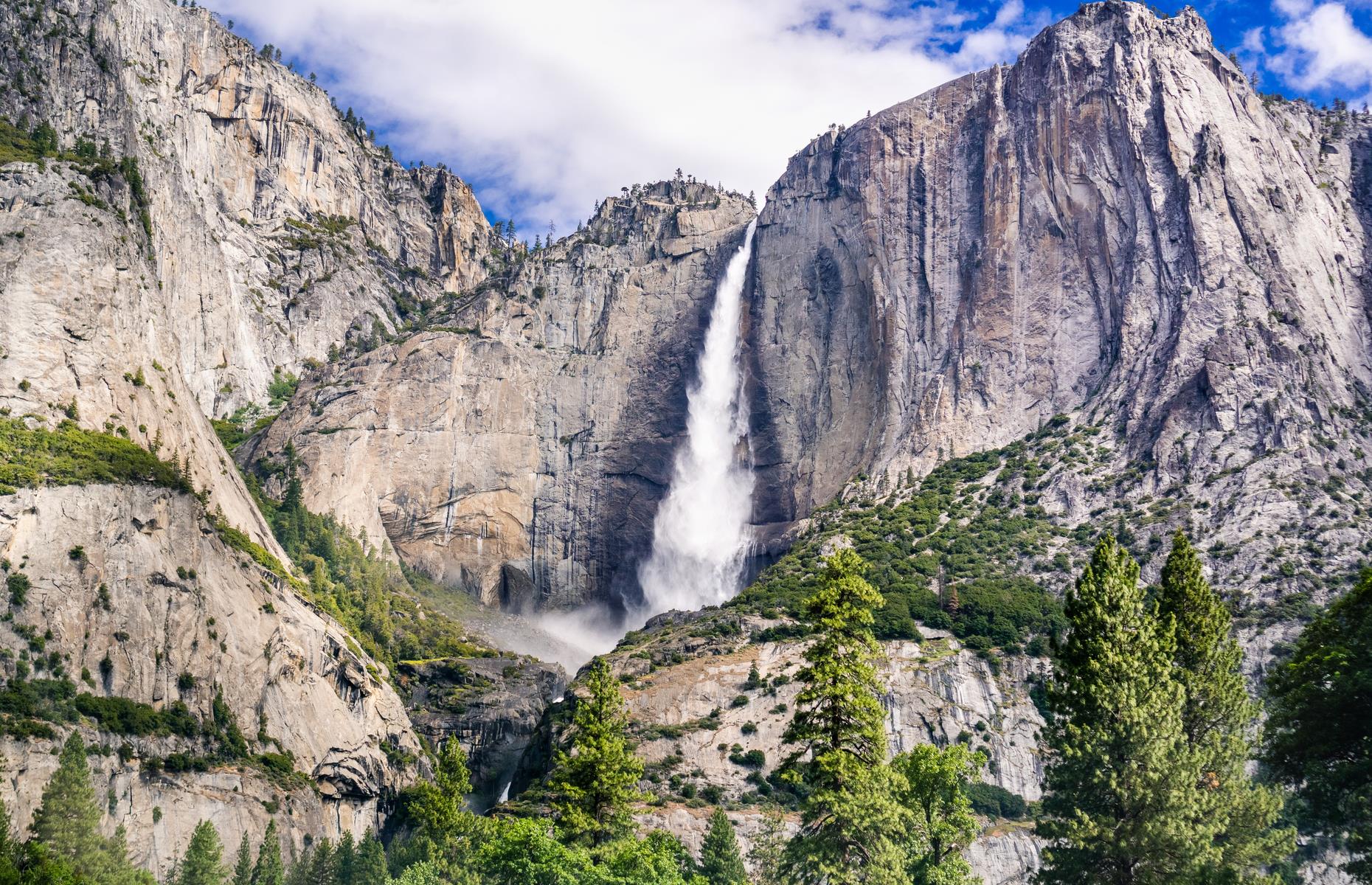 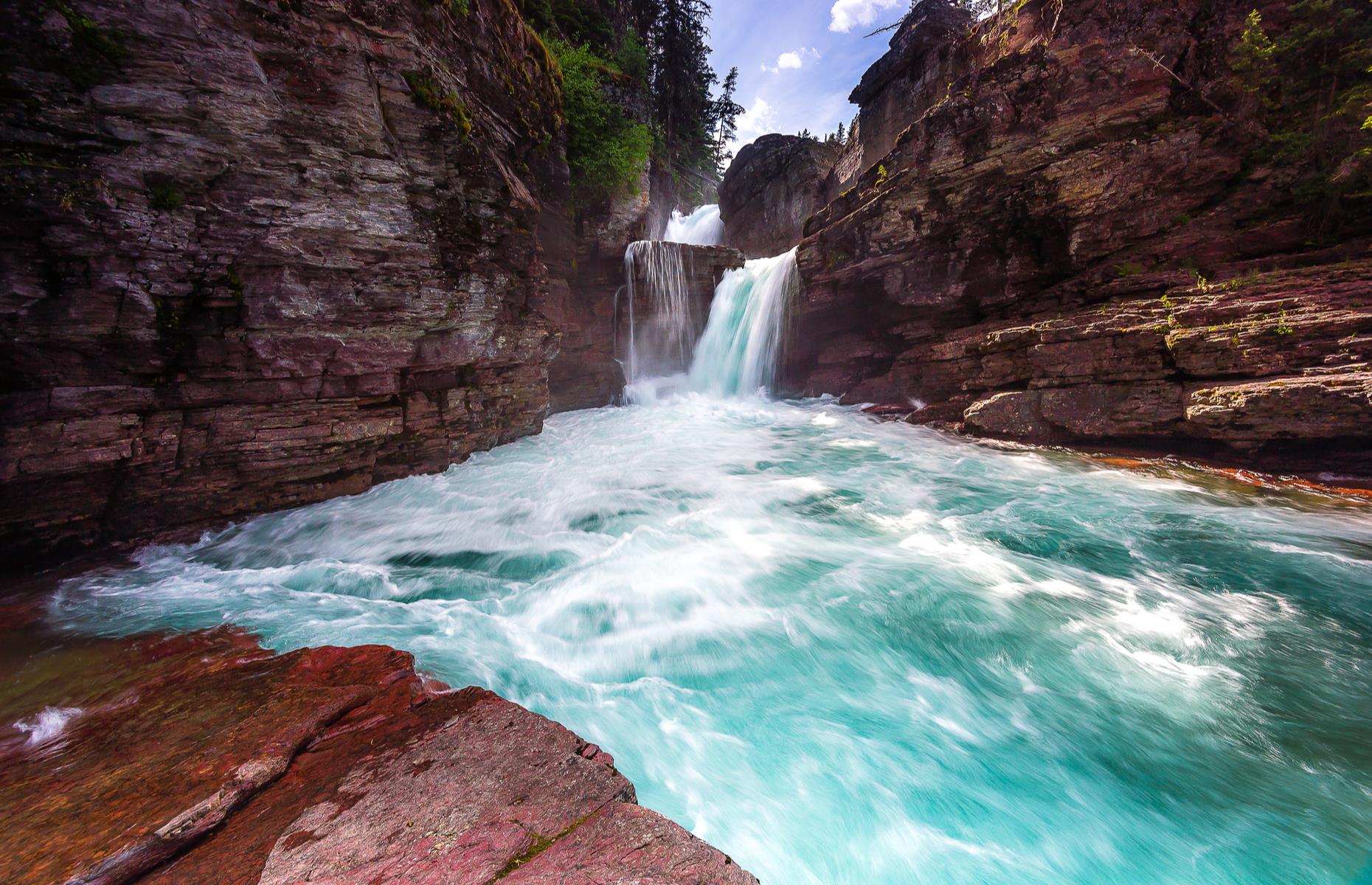 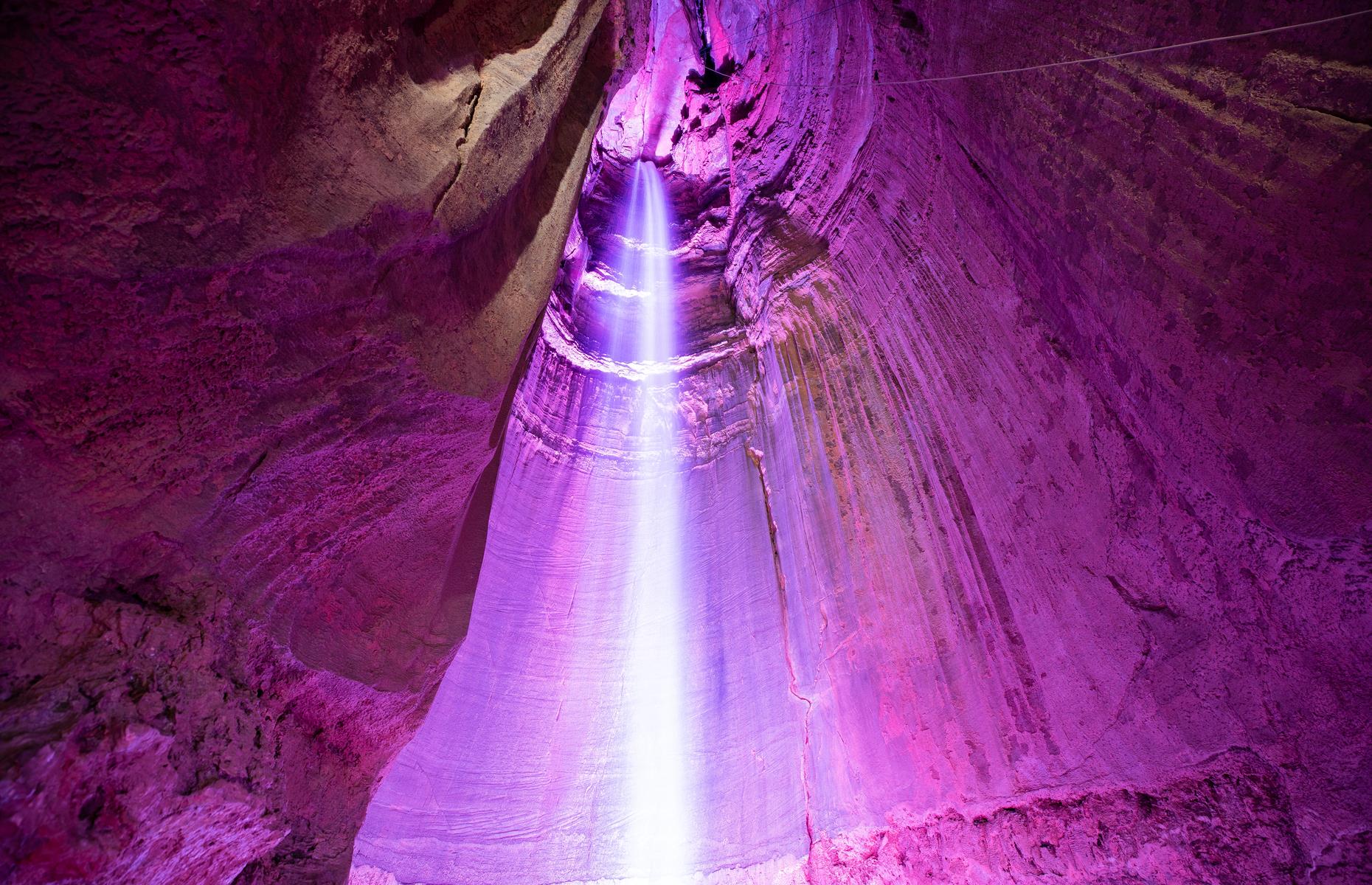 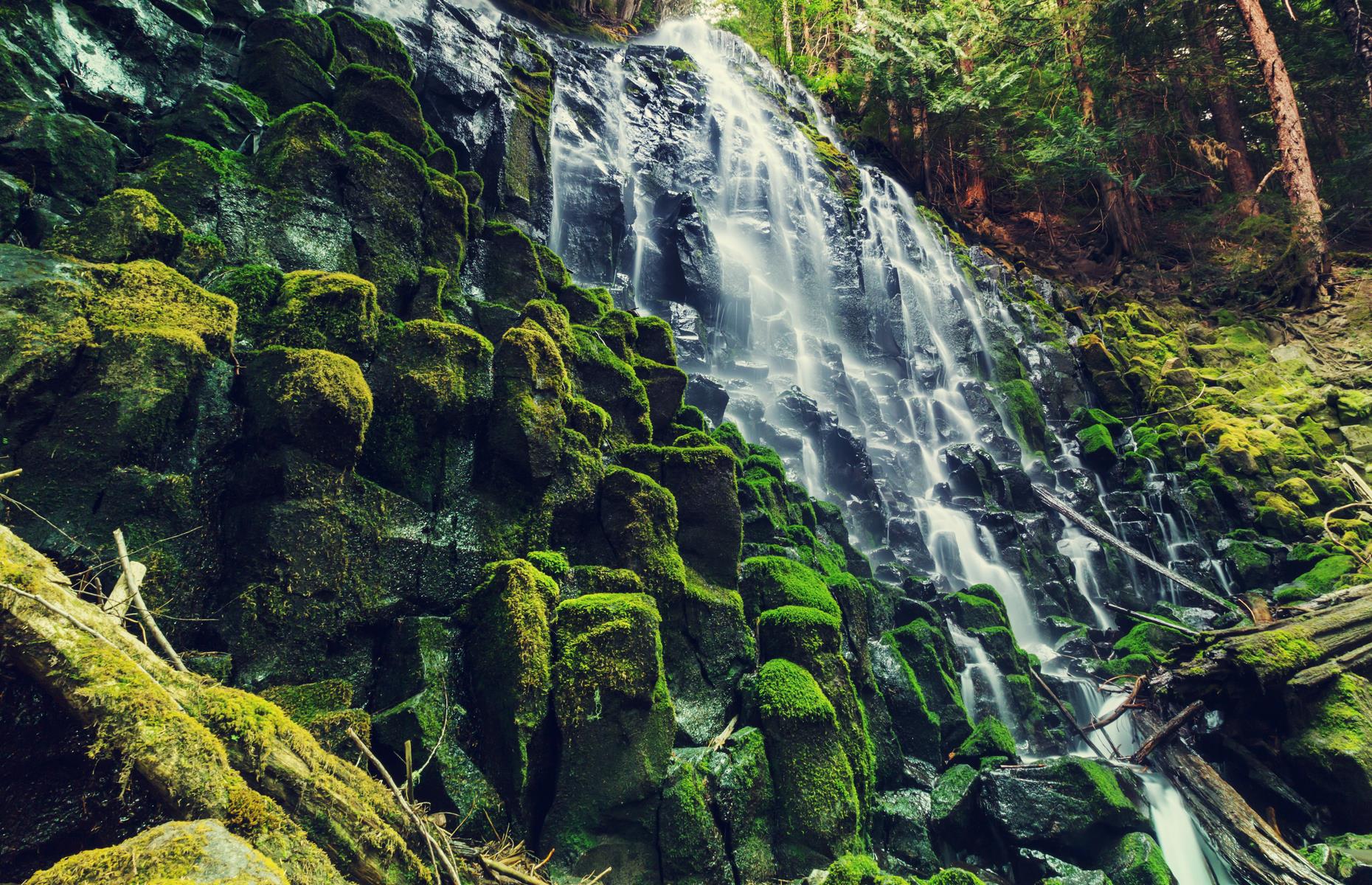 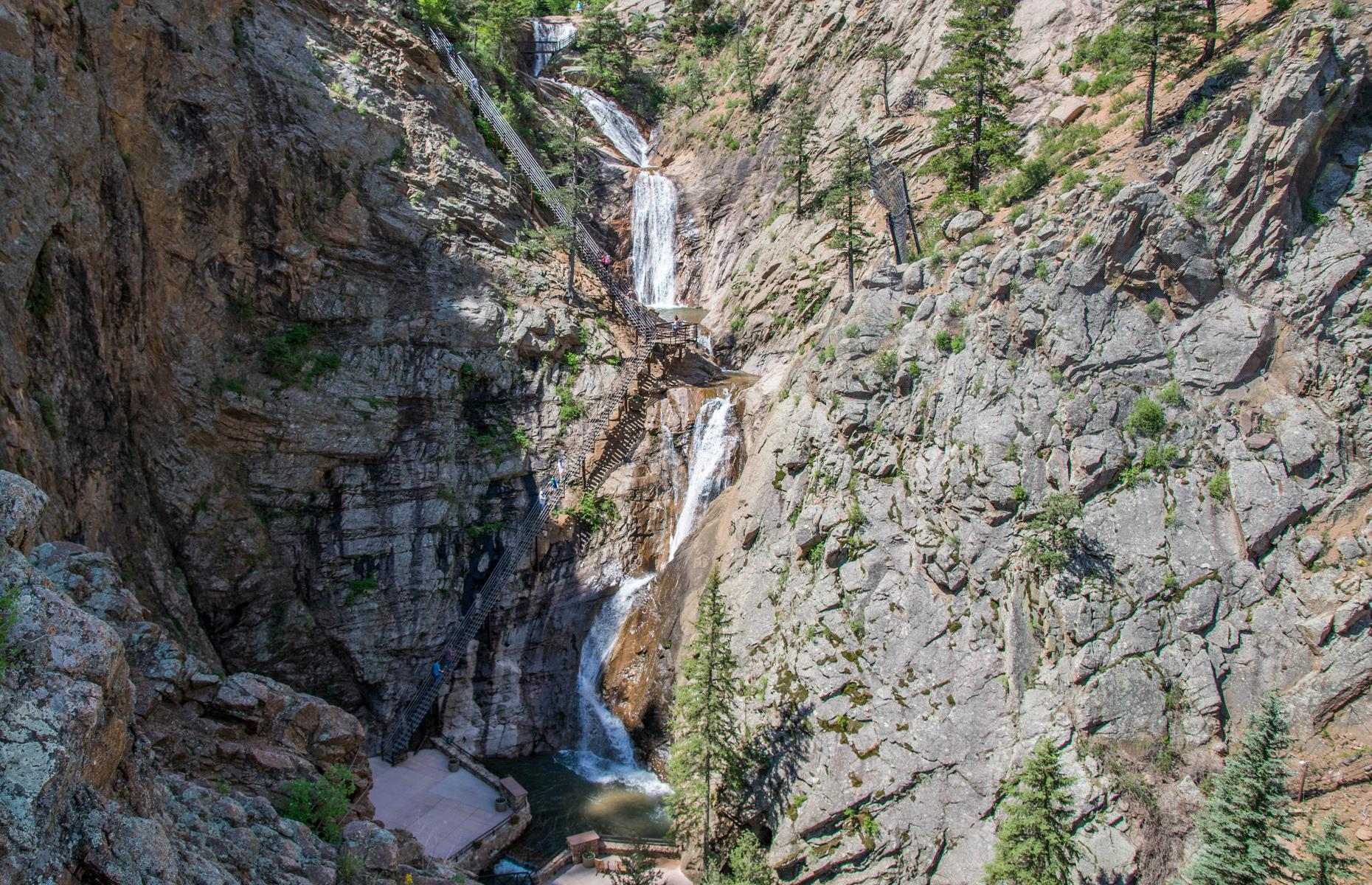 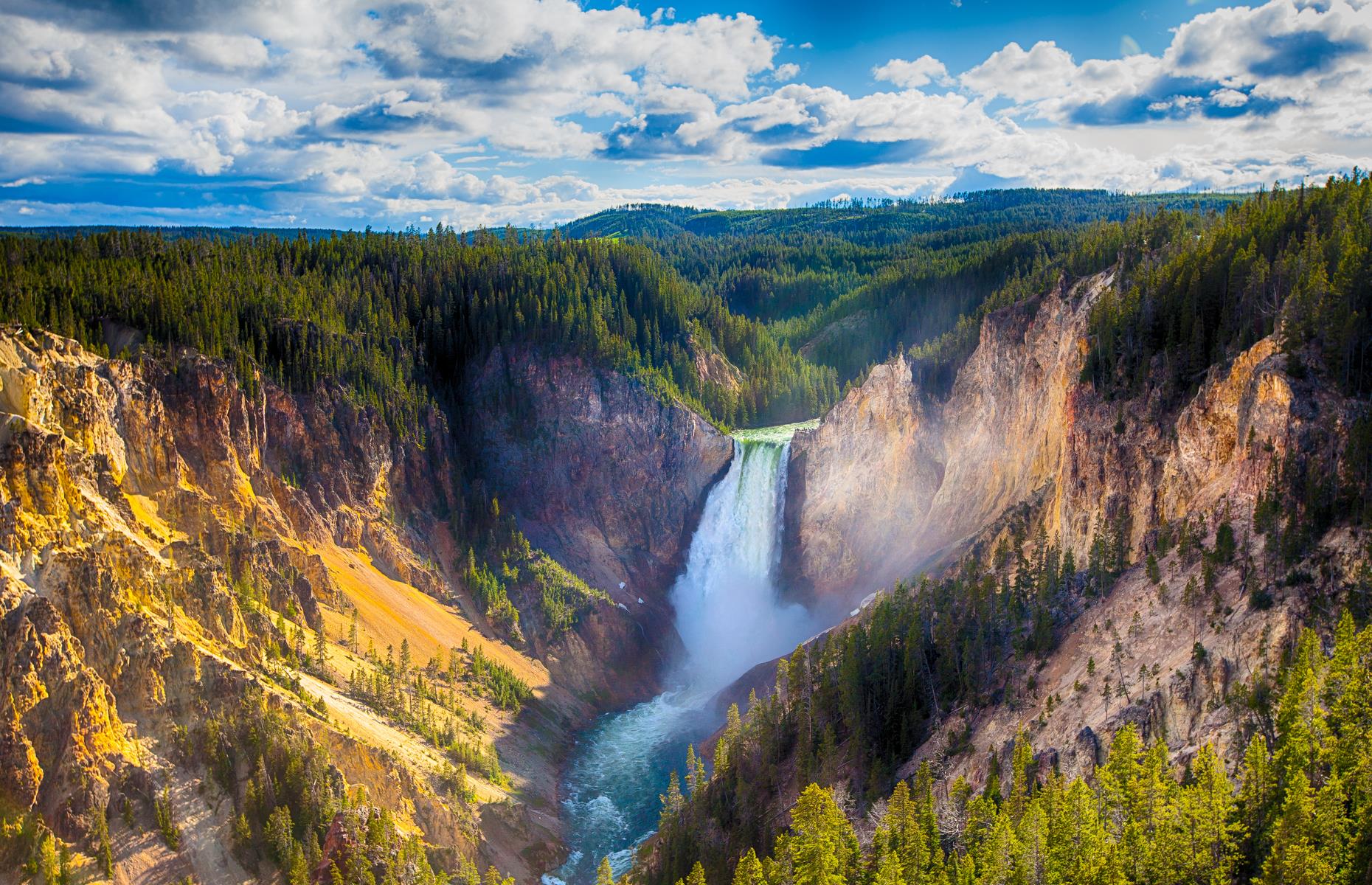 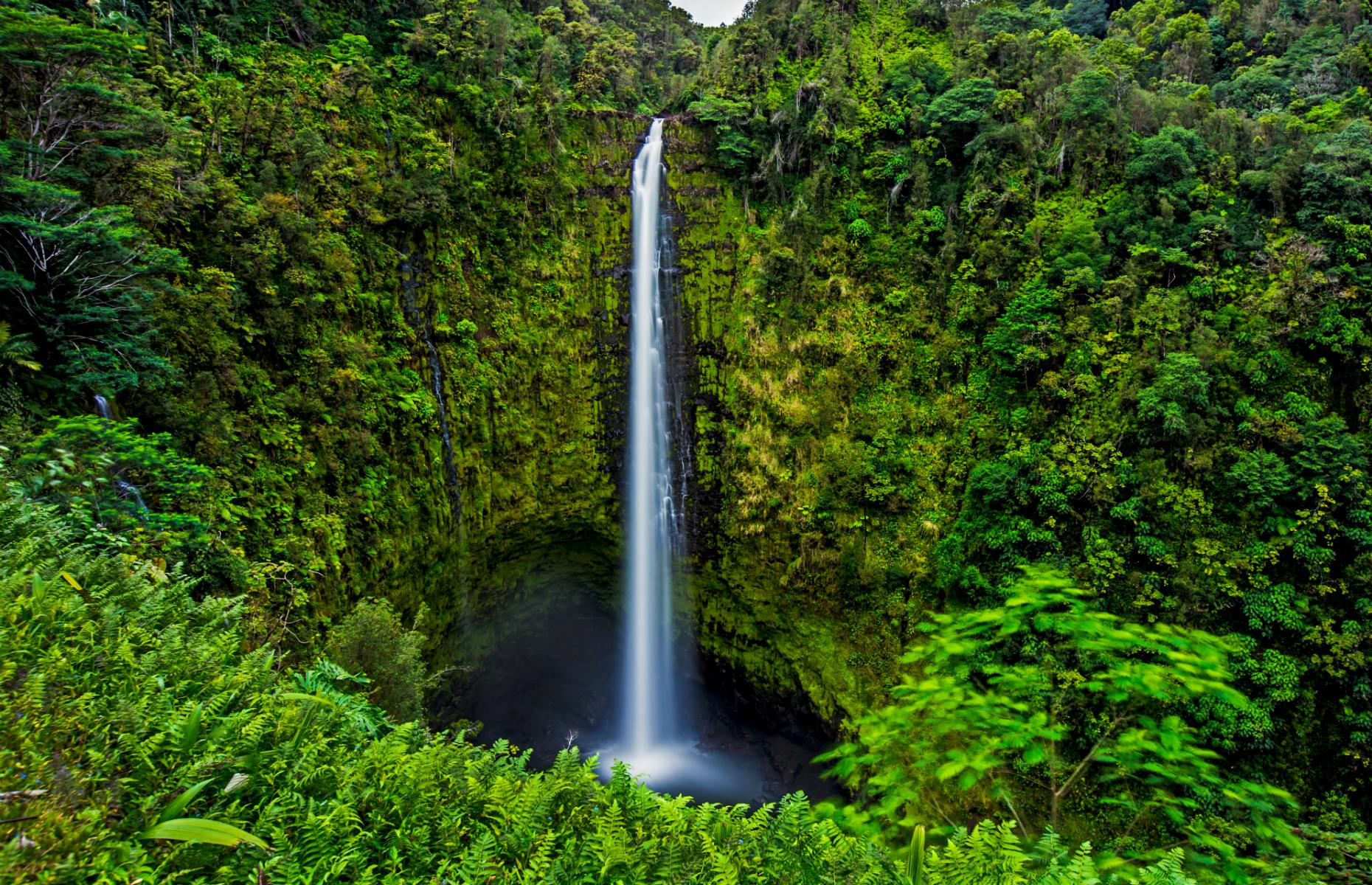 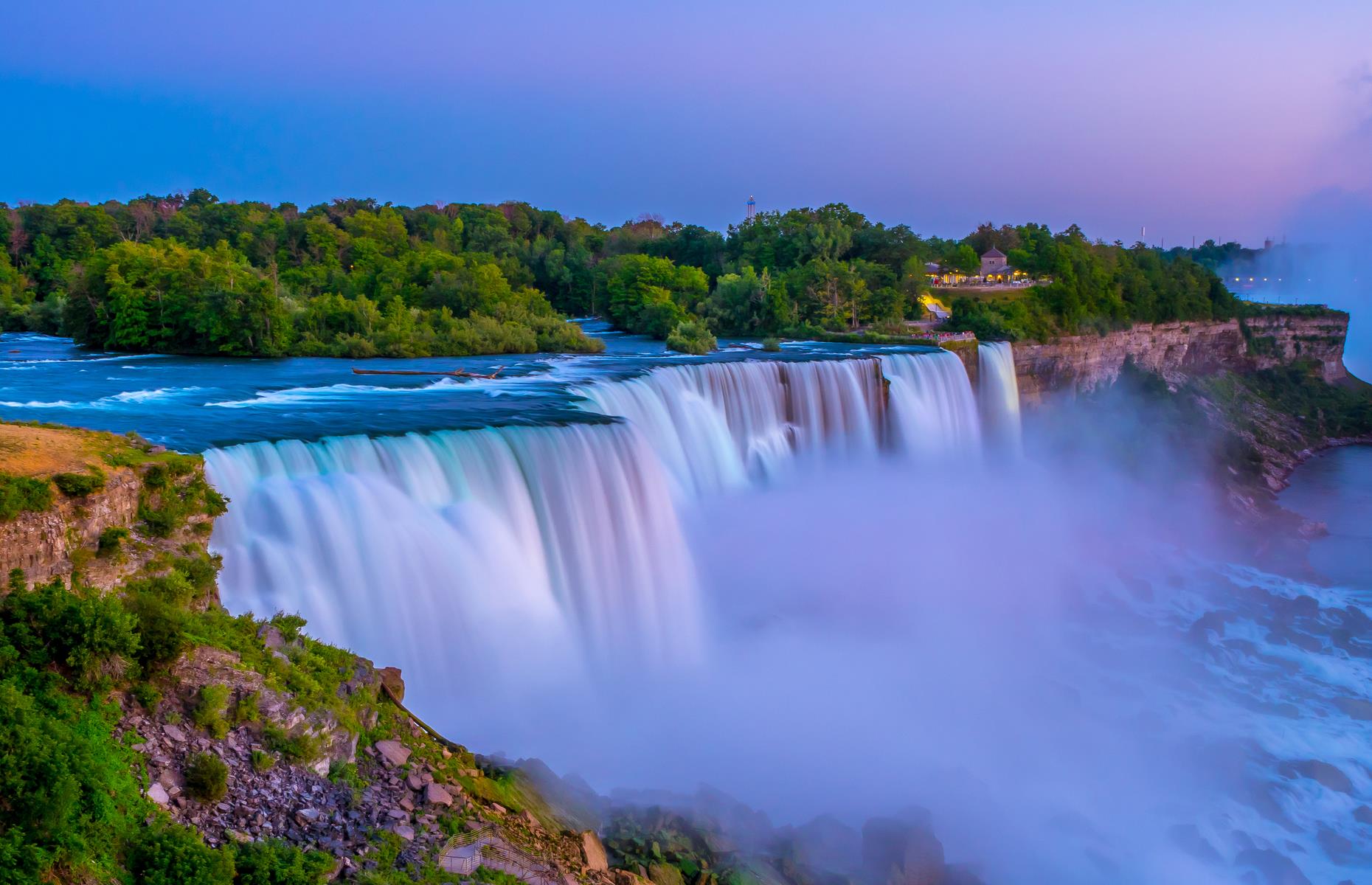 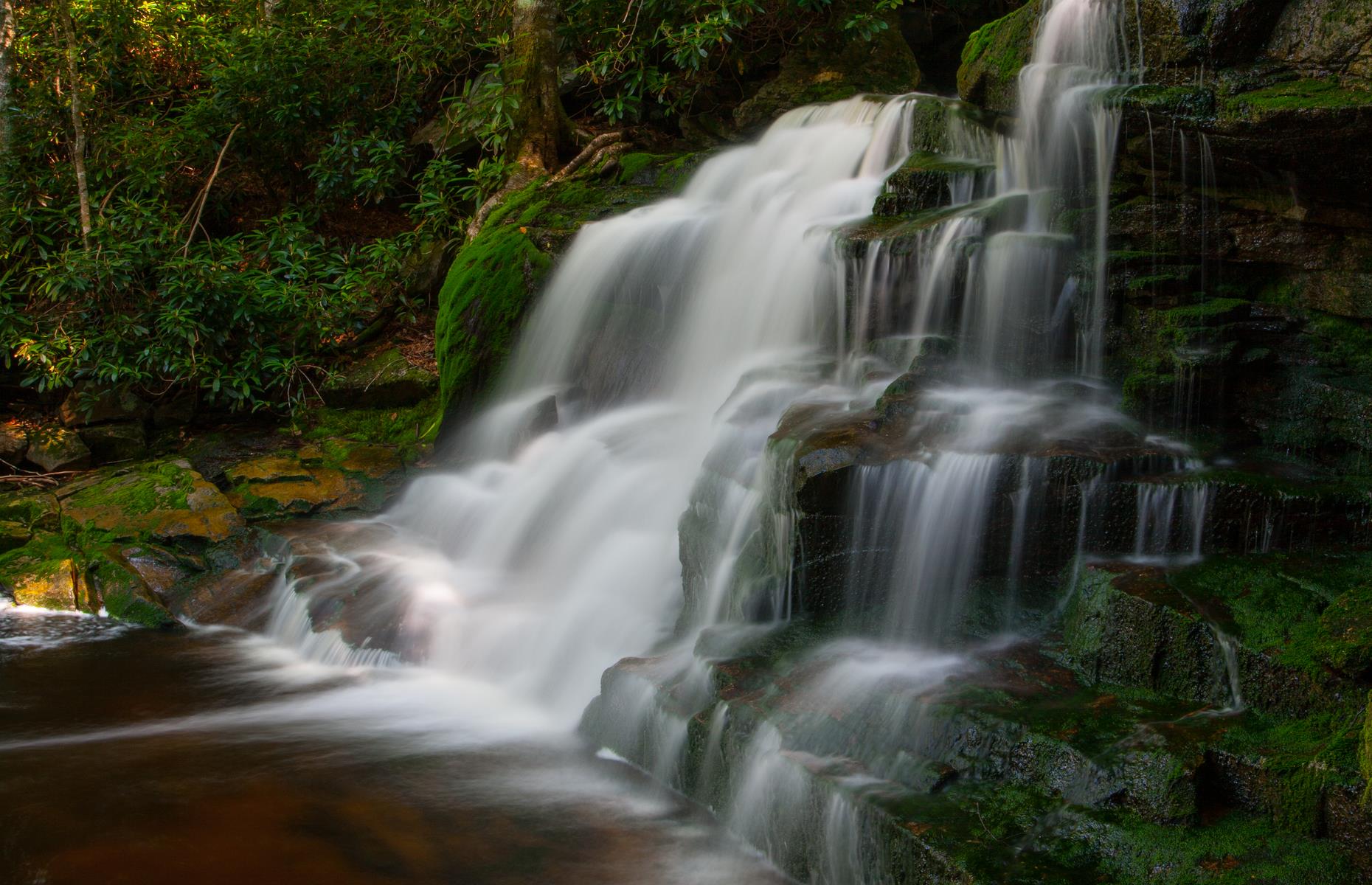 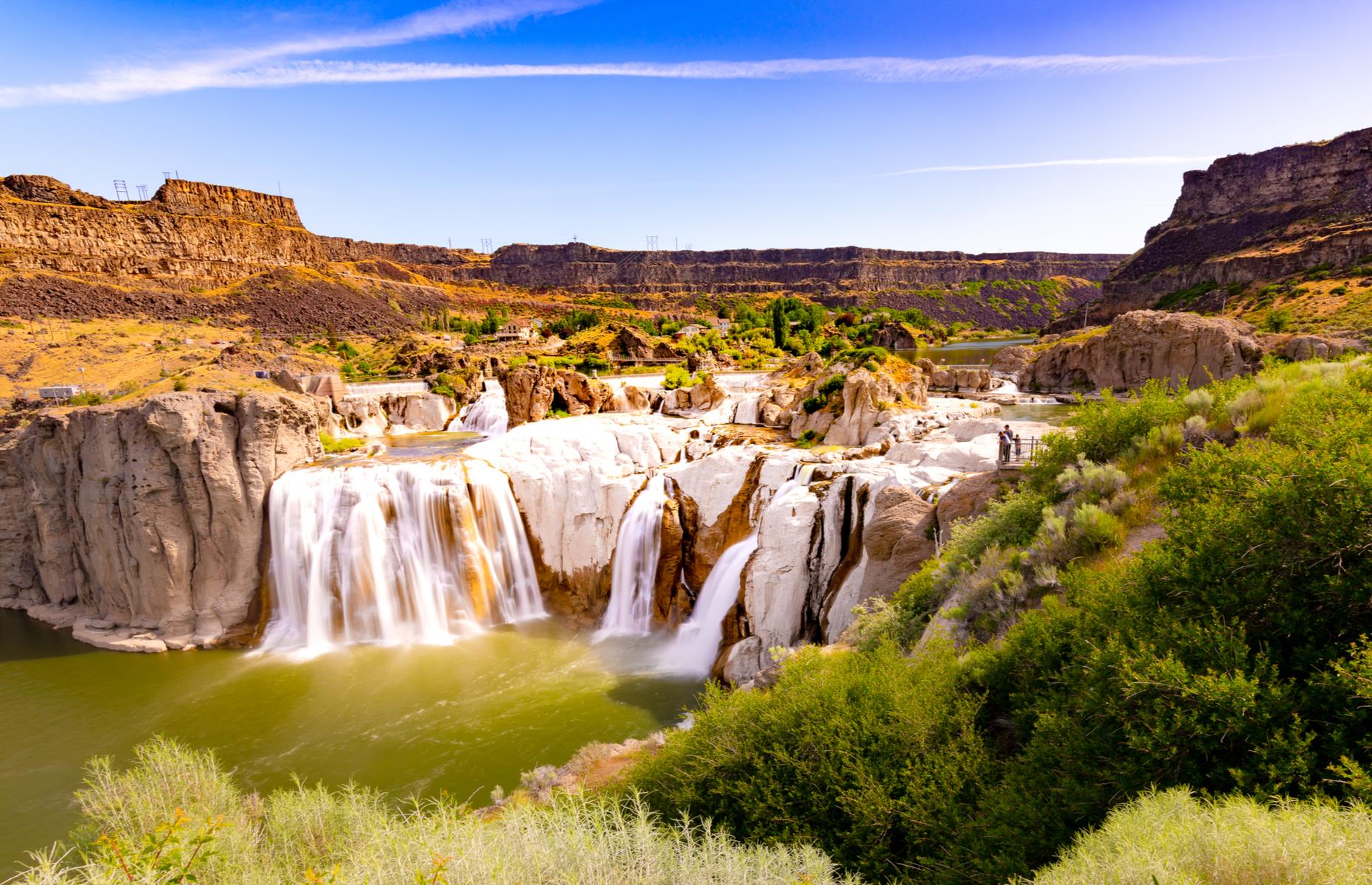 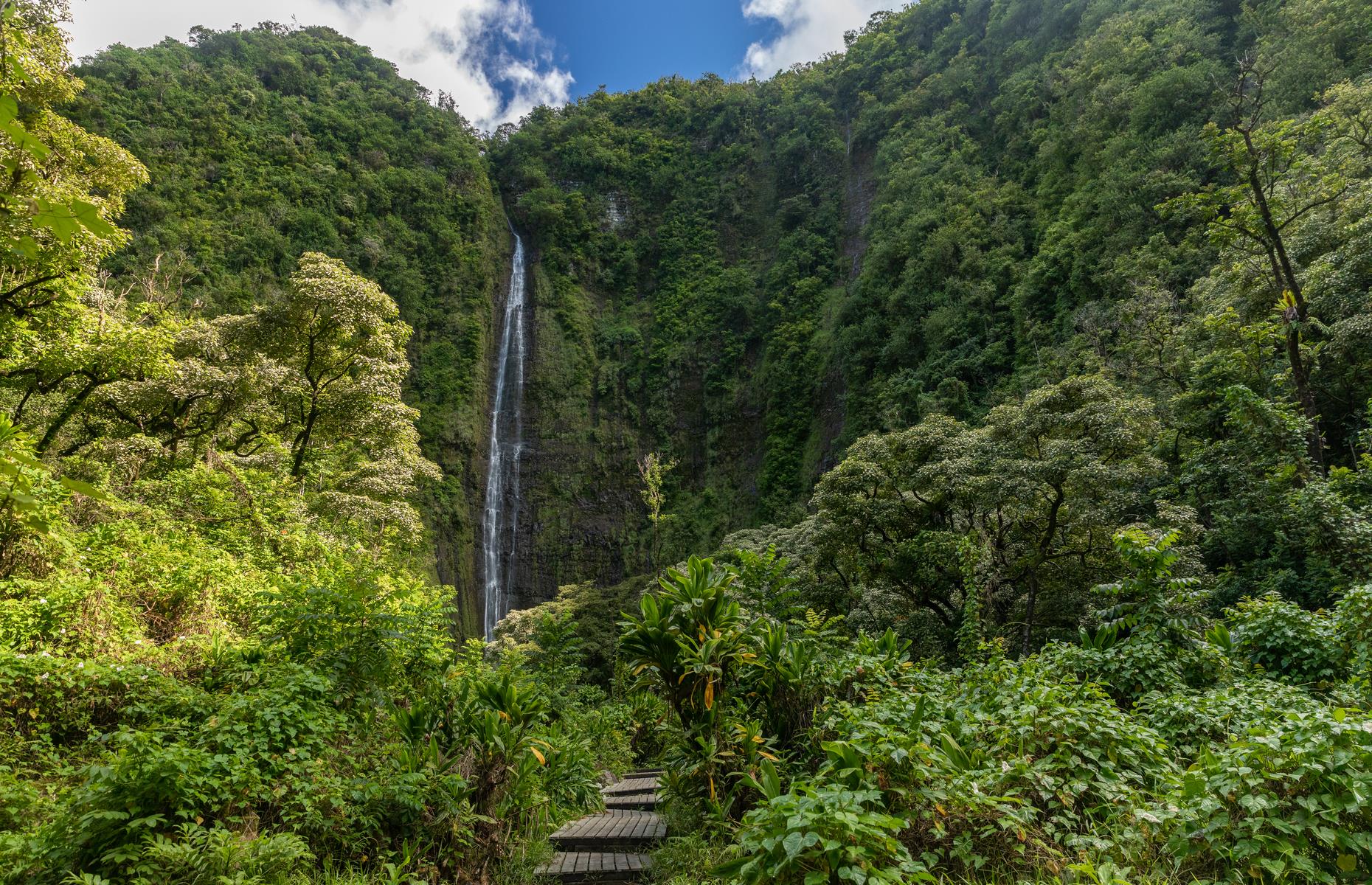 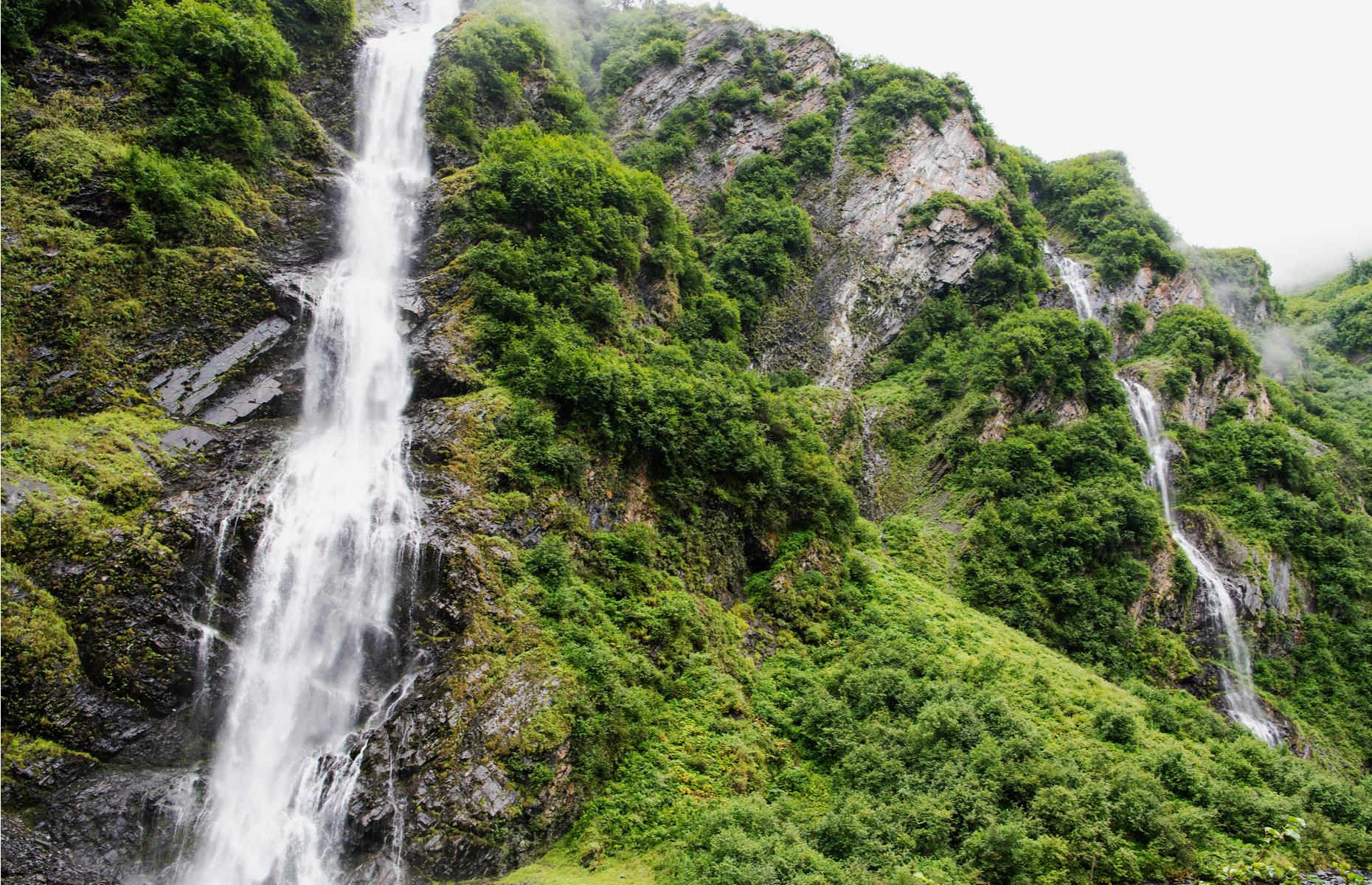 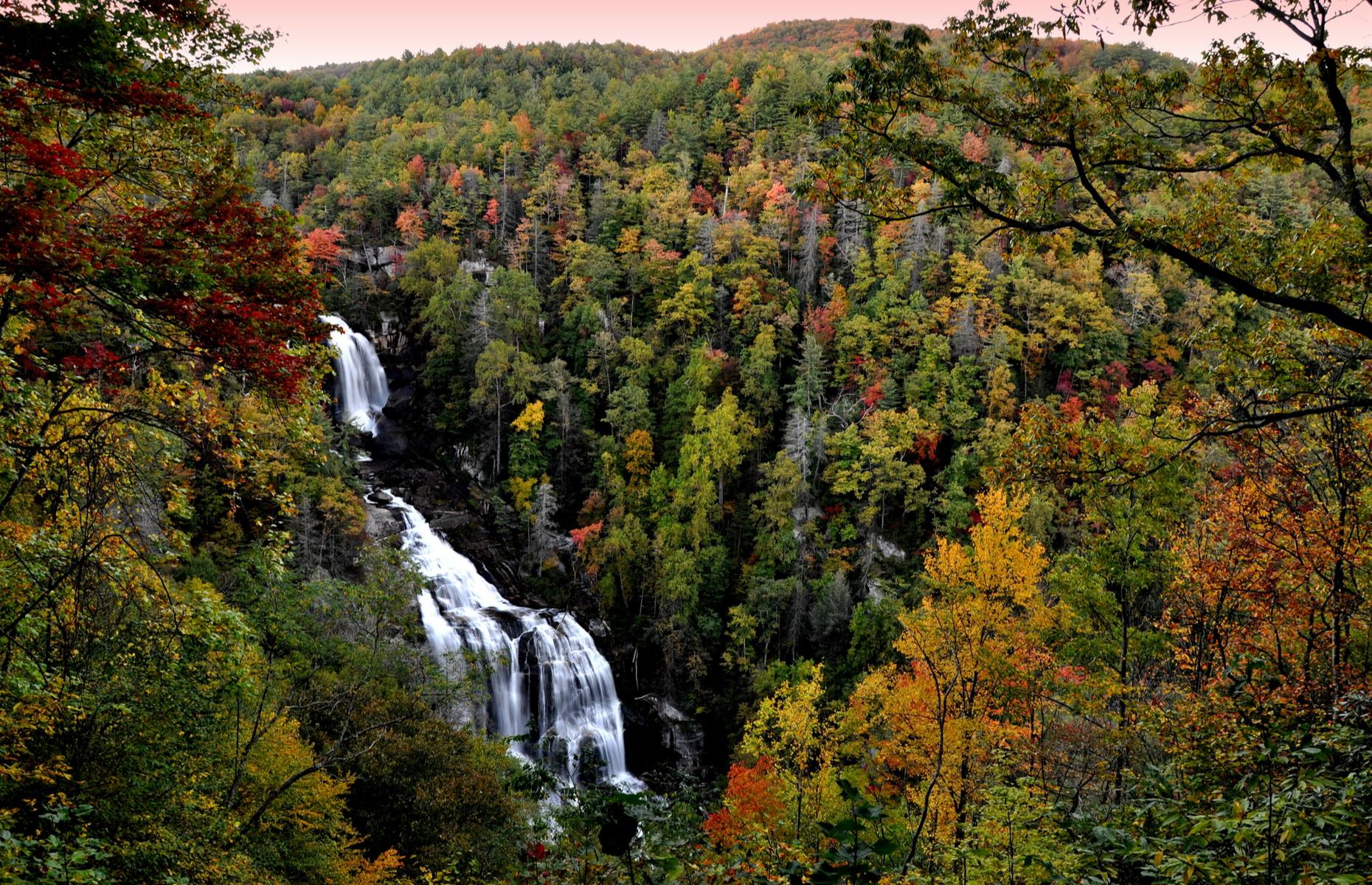 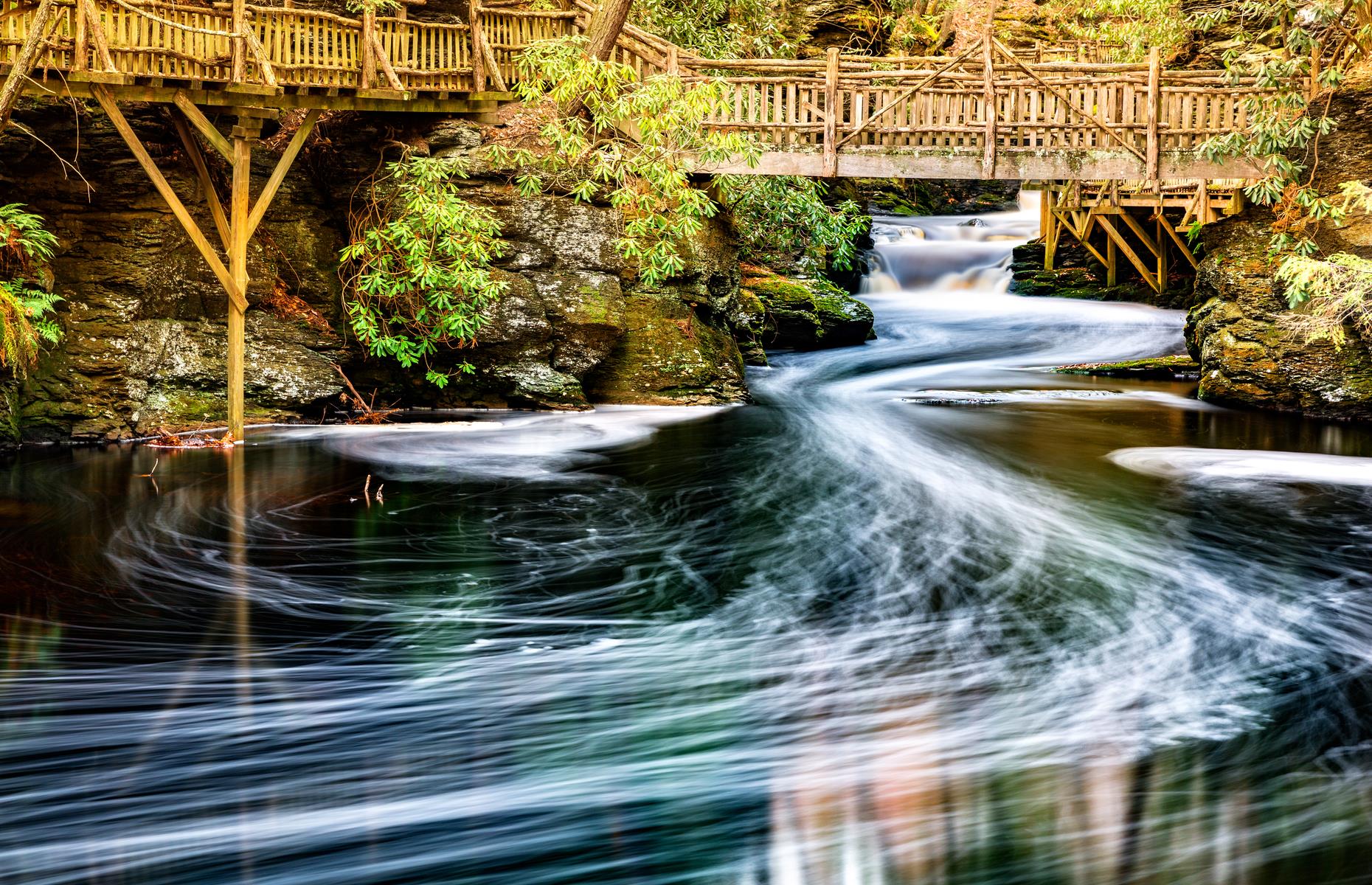 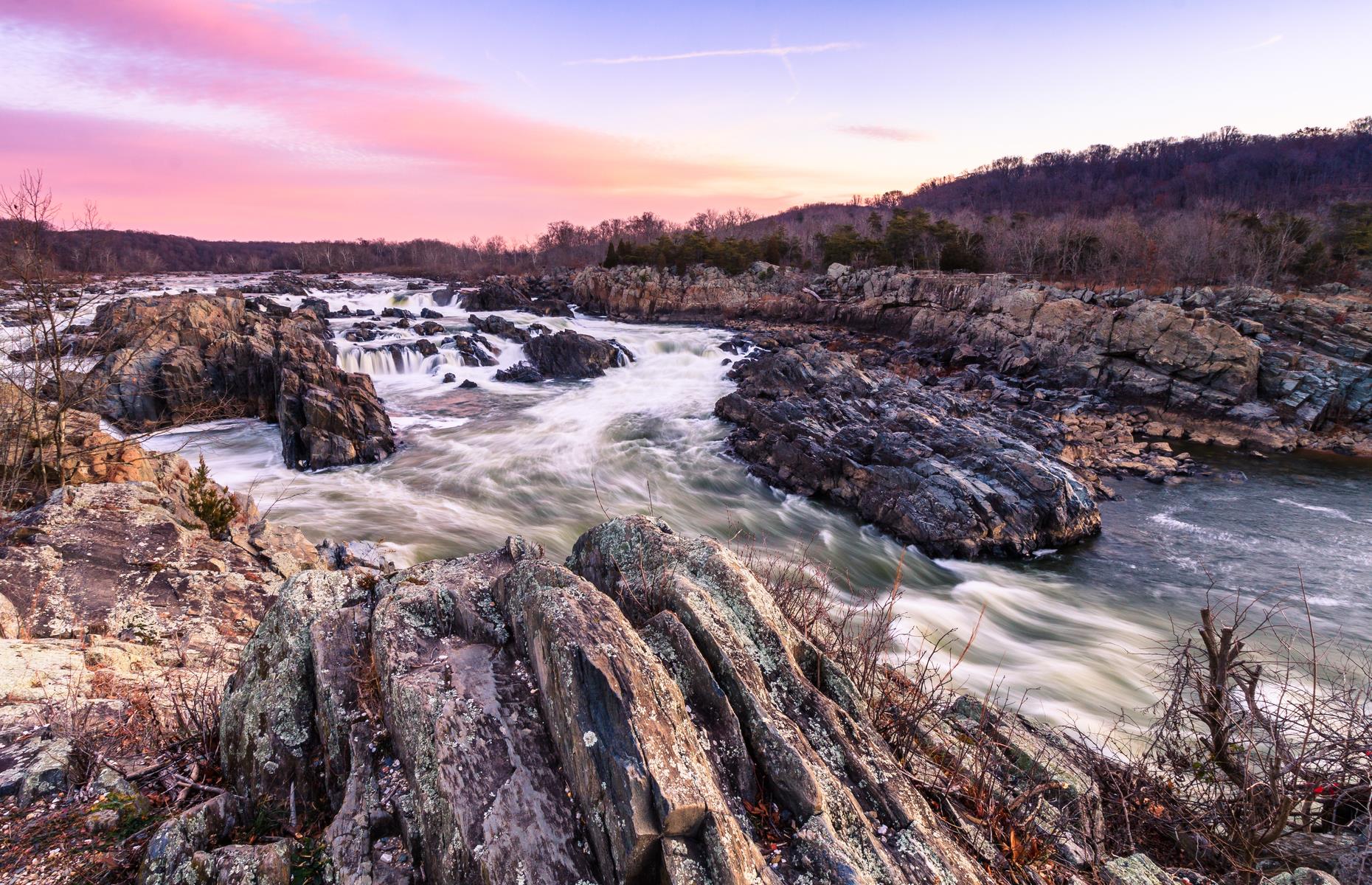 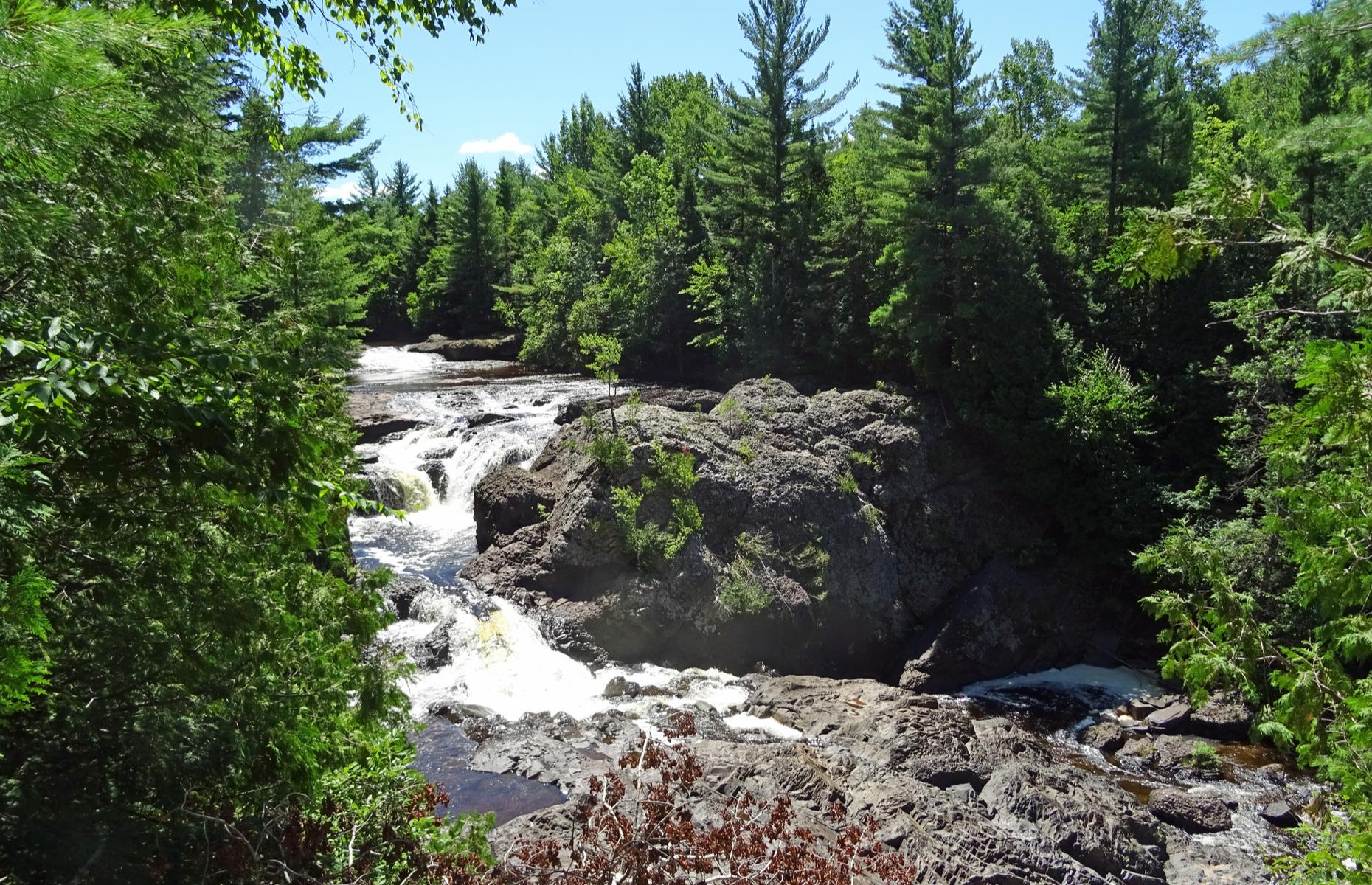 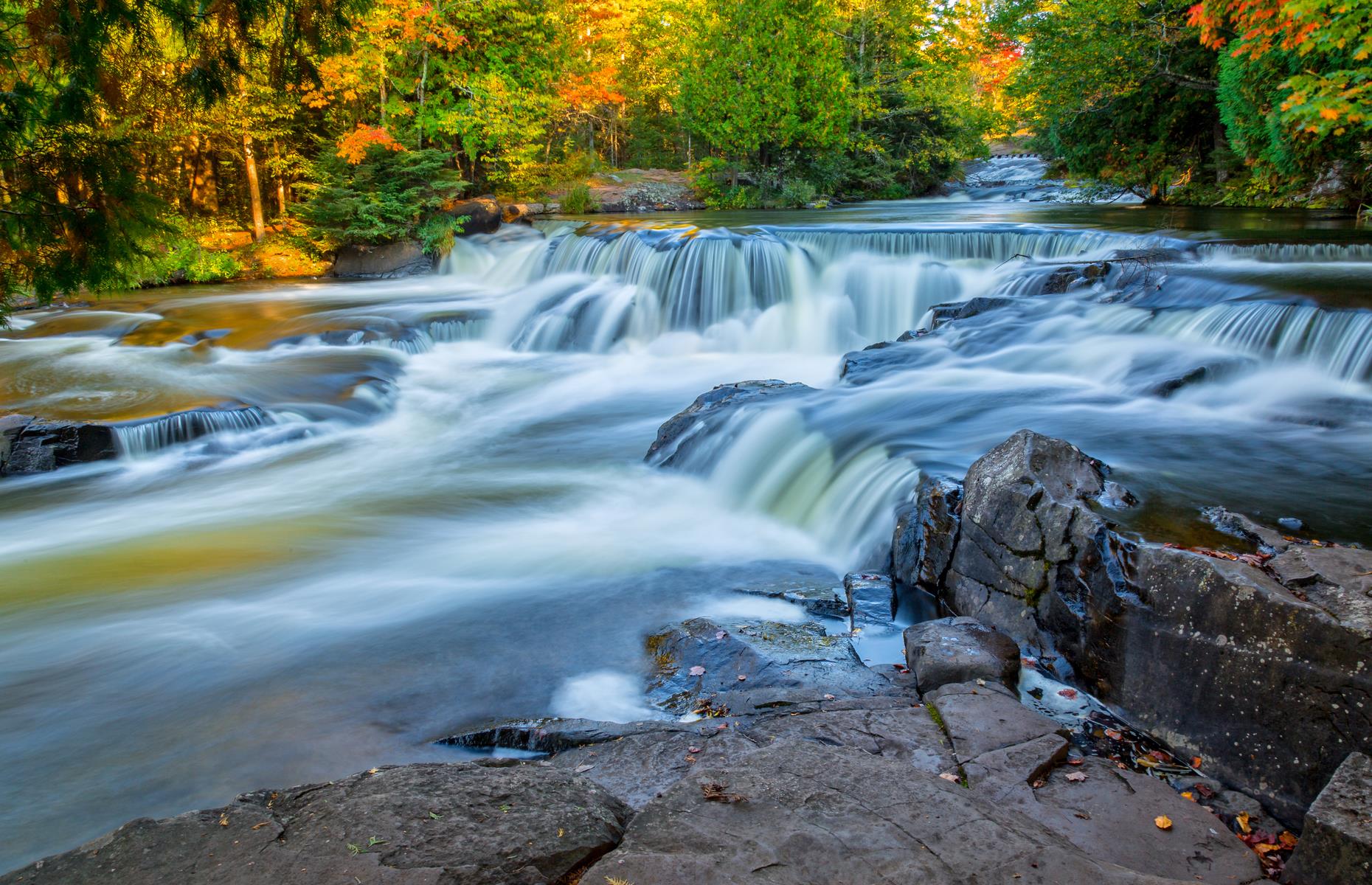 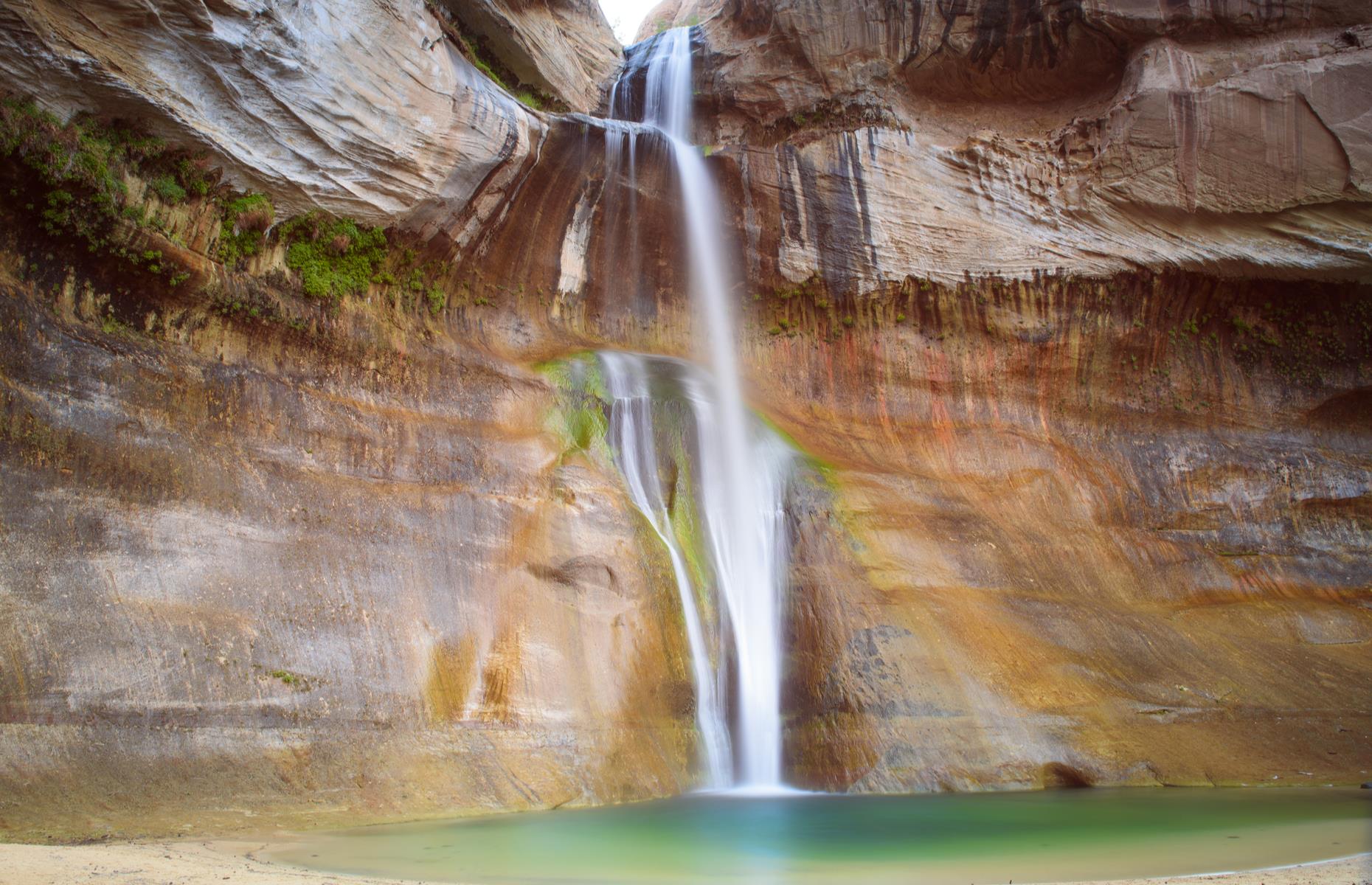 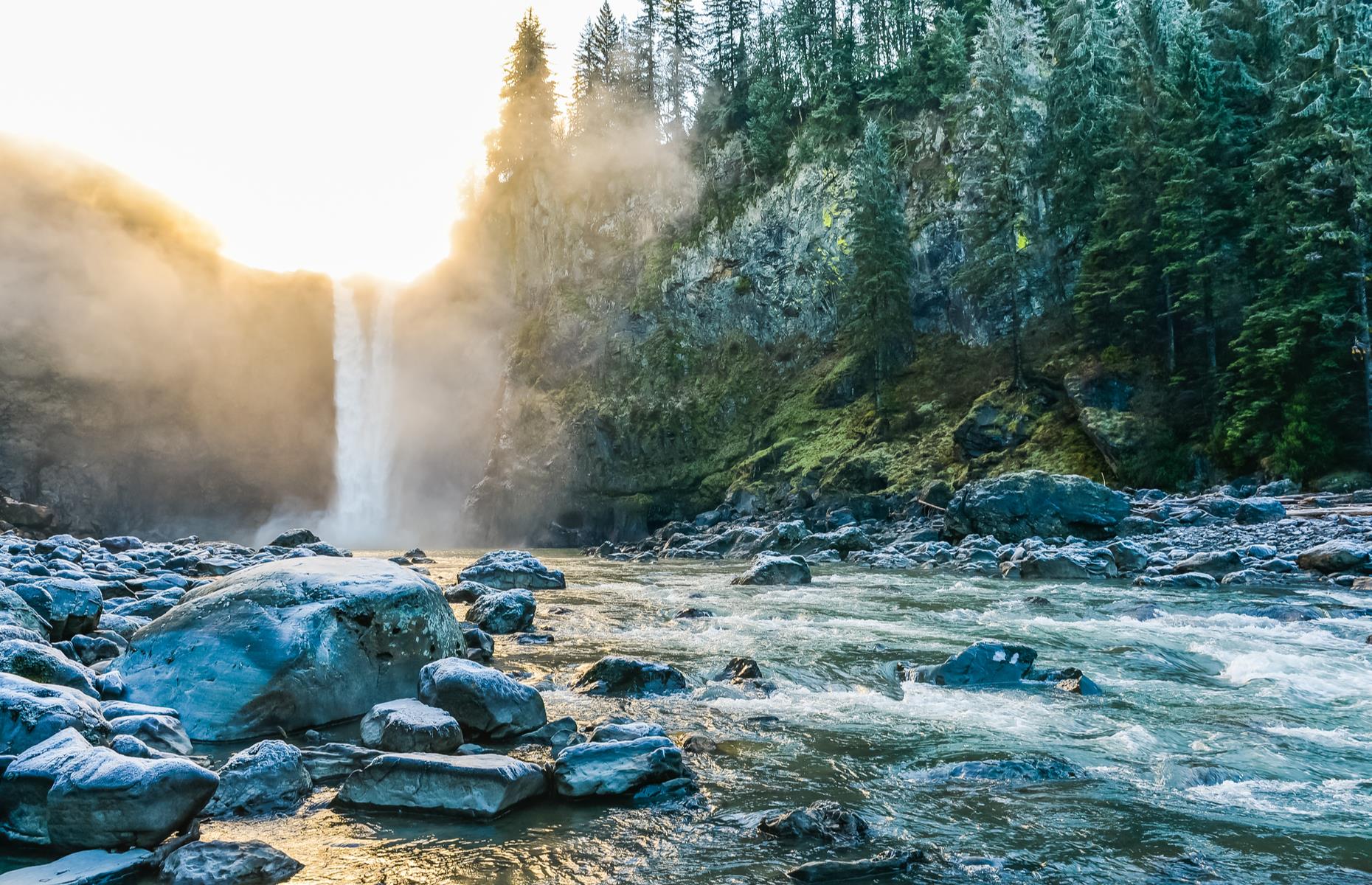 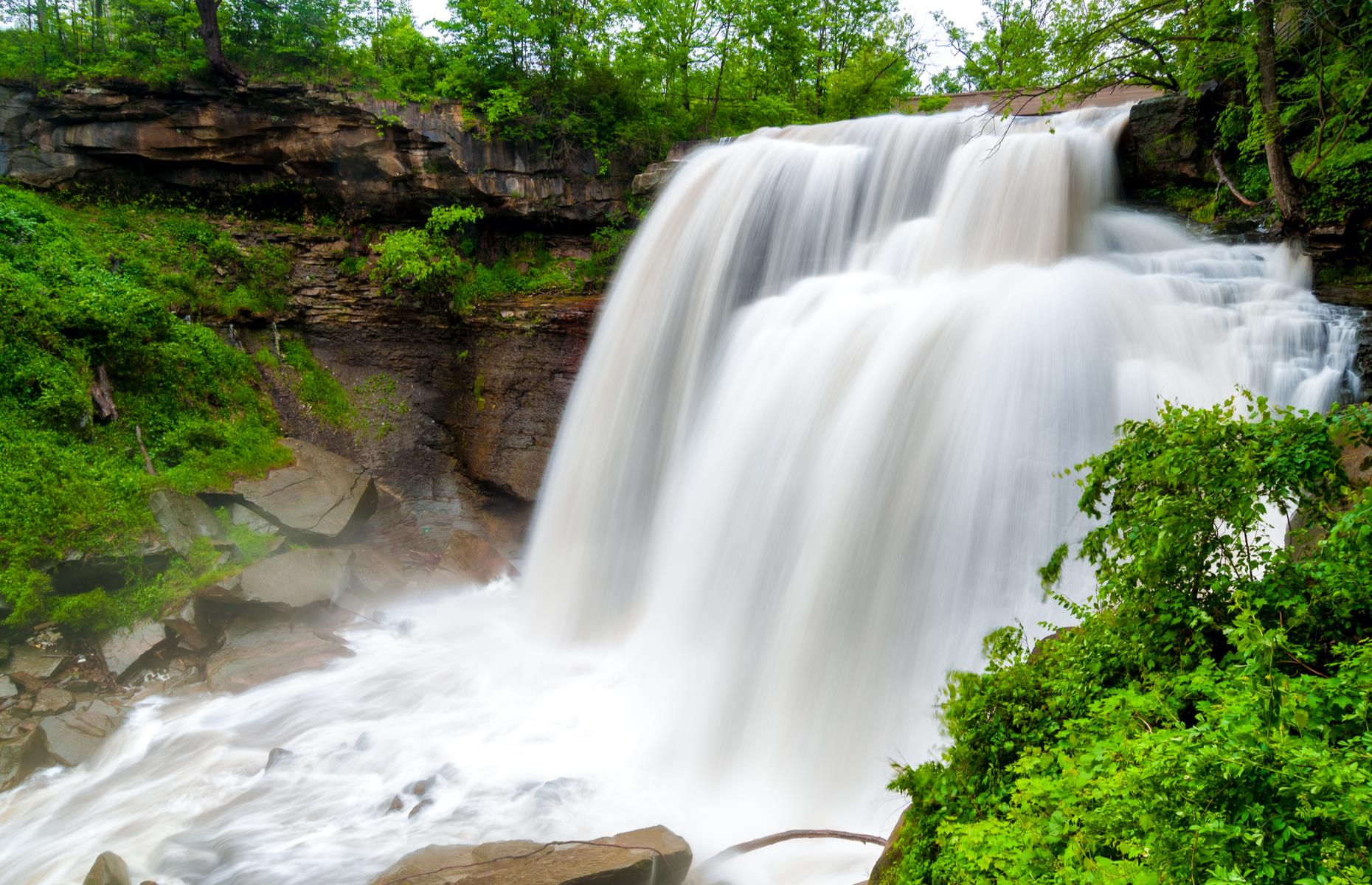 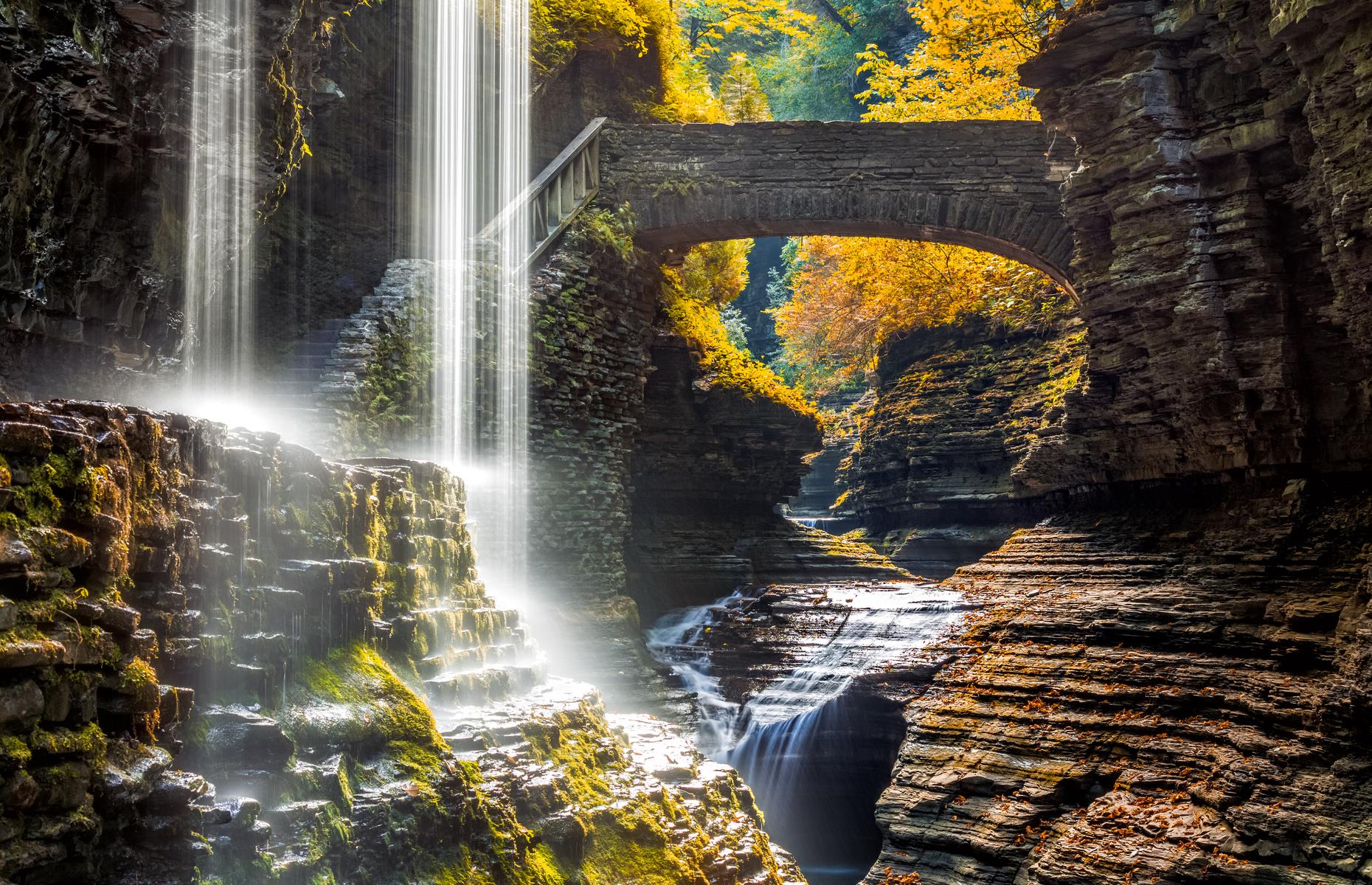 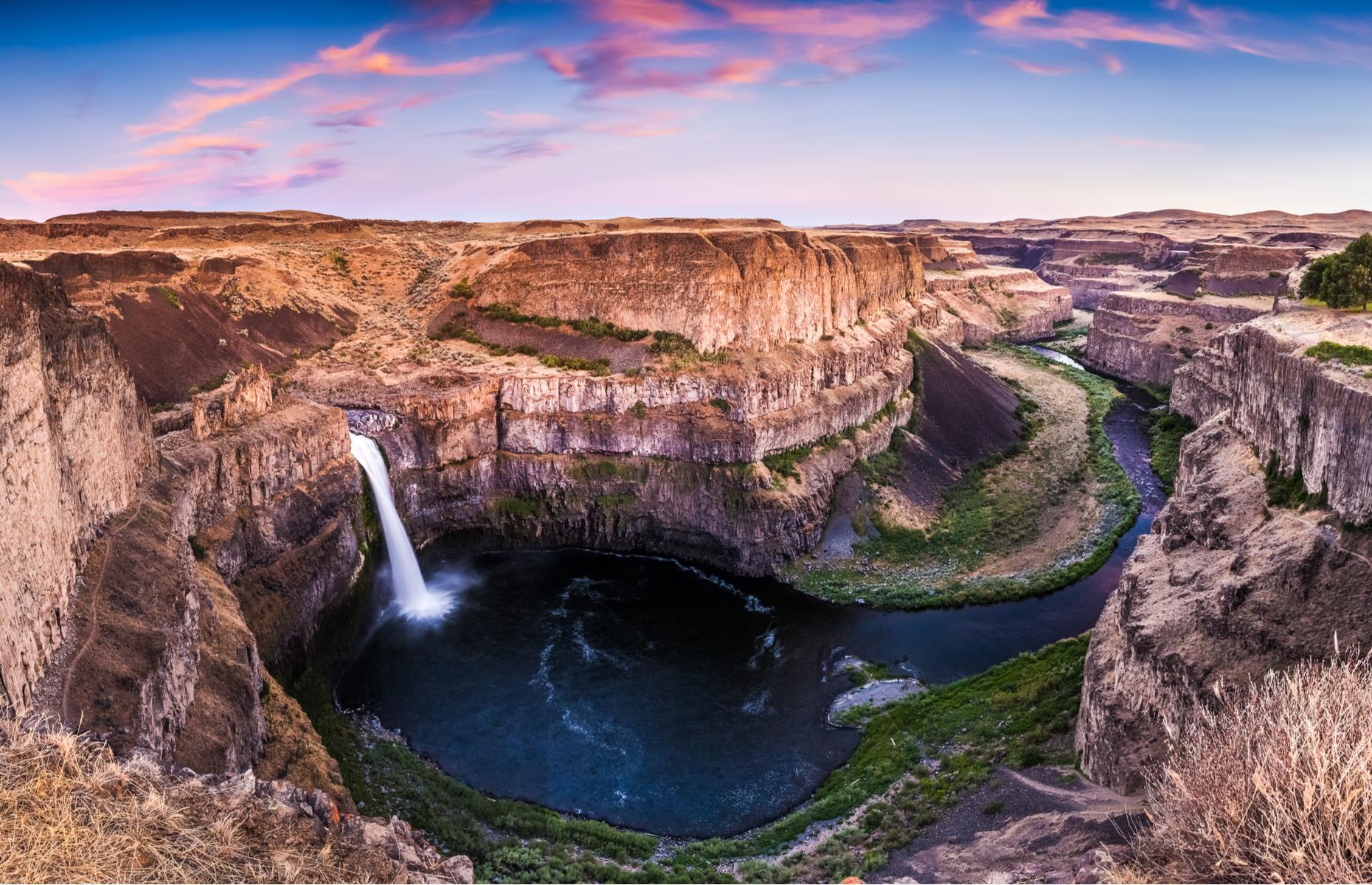 It’s best to eat before visiting this 181-foot (55m) tall waterfall, or perhaps take a snack with you. Otherwise, you might be tempted to dive right in, perhaps with a mug in hand. It’s nicknamed Chocolate Falls due to the water’s unusual (and rather appetizing) milky brown hue. It won’t actually taste like cocoa or chocolate milk, though, as the brown color is due to sediment. This chocolate fountain of a falls flows within the Painted Desert in Navajo Nation, just outside Flagstaff.

Like watery wedding cakes, falls with multiple tiers can be particularly pretty – and make a big statement. St. Mary Falls in Montana’s Glacier National Park is one of those, with three levels zigzagging over the red-tinged rock of the gorge and emptying into a striking, aquamarine pool. Nearby Virginia Falls is taller and noisier, though we think St. Mary’s many levels give it the edge. Love this? Now check out America’s most unspoiled places.

Deciding on the most beautiful part of Yellowstone National Park is no easy feat. In fact, it’s pretty impossible, we reckon. But Yellowstone Falls holds its own even in the company of such famous, photogenic lookers as the Grand Prismatic Spring. It’s actually made up of three connected falls that flow into the Grand Canyon of Yellowstone, passing by gray and apricot cliffs studded with pine trees.

Just looking up at Waimoku Falls, in Maui’s Haleakalā National Park, is enough to make you dizzy. The lofty waterfall is a head-spinning 400 feet (122m) tall, diving down a sheer lava rock face into a limpid, boulder-scattered pool. The steep cascade is the climax of the popular Pīpīwai Trail, which weaves though bamboo forest and past streams and another waterfall, the relatively short 185 foot (56m) Makahiku Falls. Read on to discover more of America’s stunning natural wonders.

The ‘Niagara of Pennsylvania’ tagline does somewhat raise expectations but, while it doesn’t quite have the same drama as the more famous falls, this Pennsylvania attraction has a beguiling beauty of its own. Bushkill Falls, in the Poconos Mountains, is actually a series of eight waterfalls with a total drop of 300 feet (91m), and it’s the diversity of the landscape – as the cascade pours over steep rock faces and swirls lazily under wooden bridges – that makes it stand out.

It’s not the height that gives Great Falls, close to Washington DC, its dramatic beauty. In fact, each of the cascades drops no more than a mere 20 feet (5m) or so, with a 76 foot (23m) total height over just under a mile. It’s the speed and volume at which the water crashes down the Potomac River, tumbling over jagged rocks and rushing into rapids, that makes it such a spectacular sight.

Snoqualmie Falls is just off the busy I-90 interstate and its tremendous roar is loud enough to drown out any traffic noise. Named for a Salish word meaning ‘moon’, the waterfall is considered a spiritual place and has drawn people to gawp and gaze at its 268-foot (82m) cascade for centuries. The Washington State attraction, close to Seattle, also had a starring role in cult TV series Twin Peaks.

Brandywine Falls sounds delicious and, while it isn’t actually an endless, ruby-red flow of wine (or a caramel-hued flow of brandy), it is quite lovely to look at. Nestled within sprawling, densely forested Cuyahoga Valley National Park, it cascades for 60 feet (18m). Drier months reveal a bridal veil pattern on the rocks, while the falls freeze eerily in mid-flow during winter.

This Grand Canyon waterfall would probably make the list if it was gray and beige – but the eye-popping combination of colors renders it even more incredible. The orange-pink of the rock becomes more vivid next to the aquamarine of the water that pools below it, and vice versa. It’s one of five waterfalls on the Havasupai Indian Reservation, whose residents are known as ‘people of the blue green water’.

From certain angles the Palouse Falls, in southeastern Washington, seems to spout from the craggy rocks as if from a giant concealed tap. The water actually comes from the Palouse River, which flows through a narrow gap before plunging nearly 200 feet (61m) into a gorge below. The cascade was formed by floods during the Ice Age, and was named the state’s official waterfall in 2014.

Now see more photos of the most colorful attractions on Earth