The ski season in ENGLAND is off to a flying start: Amazing pictures show skiers hurtling down slopes in the Lake District

It’s something Brits normally associate with the powdery white slopes of Courchevel and Val d’Isère, but ski season is finally up and running – in the Lake District.

After a blanketing of snow this week, there was enough of a covering for the little known Lake District Ski Club to open, although many people are unaware of its existence.

It is one of just a handful of English ski resorts across the north of the country and offers nine runs close to the 3,000-foot high Helvellyn peak. 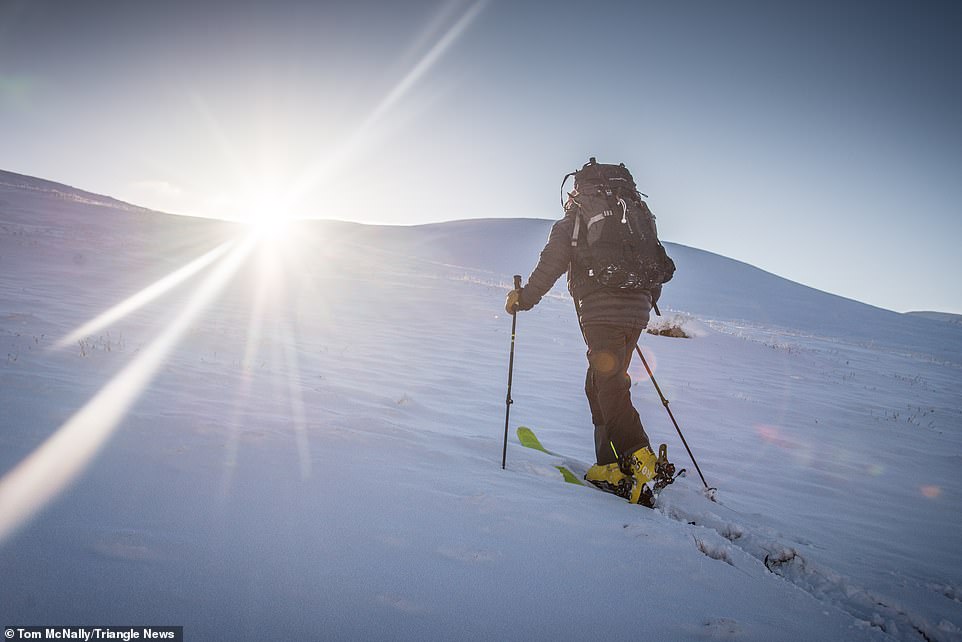 After a blanketing of snow this week, there was enough of a covering for the little known Lake District Ski Club to open. Pictured is a member trekking to a suitable spot for a descent

The season was due to start in December, but there hadn’t been enough snow for skiers to make the trip up the tow at Raise Fell in the Lake District National Park.

But all that changed this week as freezing temperatures swept in and a handful of brave snow sport fans trekked to the club, 2,600 feet up.

The club – which has its own cosy log cabin and England’s second highest public toilet – is an hour’s walk from Glenridding, on the shores of Ullswater.

It is positioned for the best snow in the Lakes and the tow gives access to a substantial part of the mountain.

It is even possible to ski almost all the way back down to the car park in decent conditions.

Club volunteer Gordie Oliver, 48, who has lived in the Lake District all his life, said conditions had been excellent earlier in the week but mild weather now threatened the remaining snow.

Temperatures in Helvellyn have reached 4°C this week but are due to drop back to freezing point by the middle of next week – a godsend for skiers. 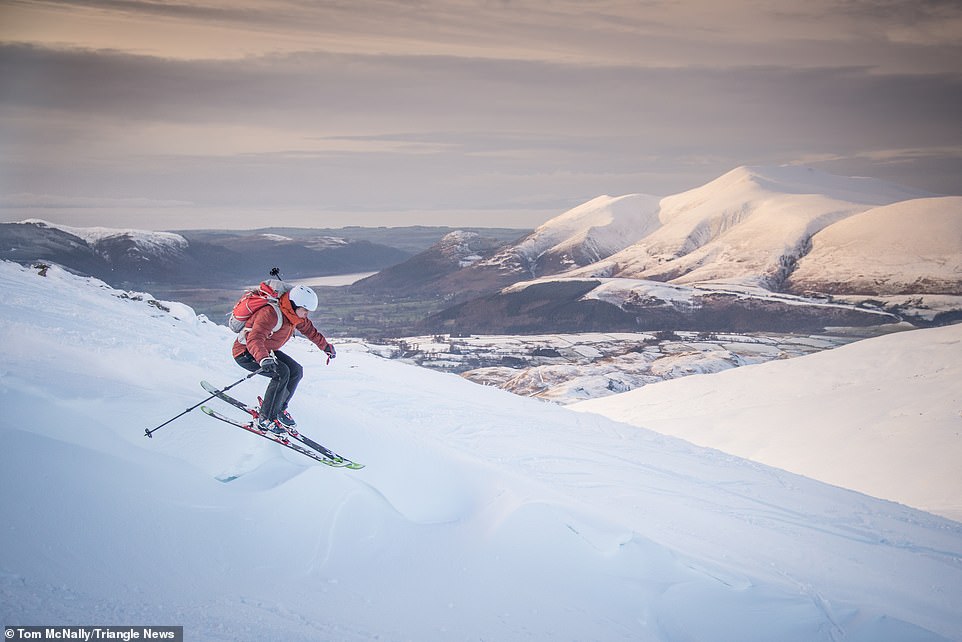 The Lake District Ski Club has its own cosy log cabin and England’s second highest public toilet. Pictured is a member hurtling down a slope 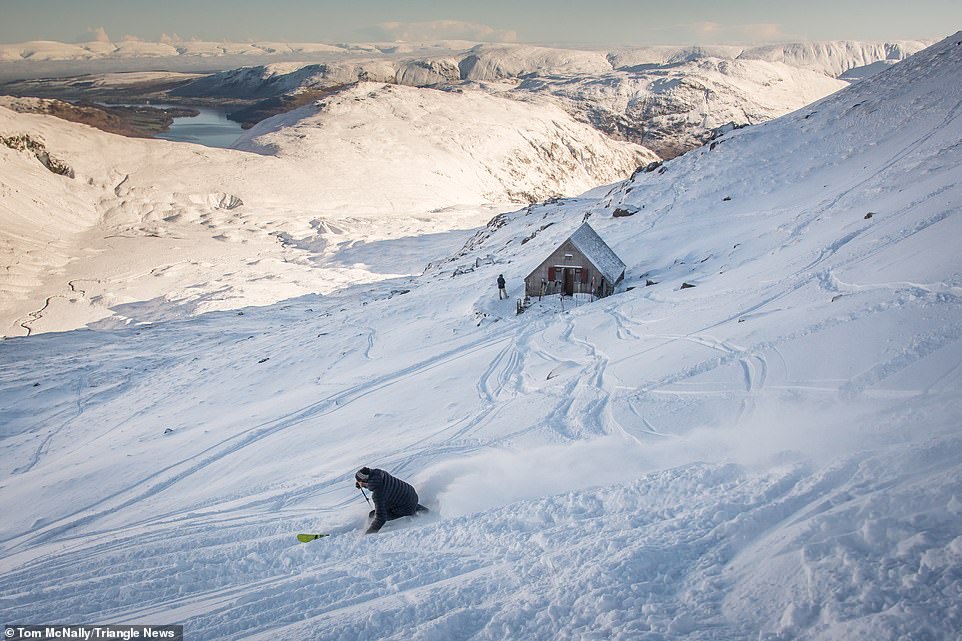 The ski club opened in the mid 1930s, introducing the tow in 1953. A good season can run until April. This Lake District skier is enjoying the powder

‘We usually get between 40 and 70 days a year depending on the temperatures,’ Mr Oliver said.

‘This year has been a bit of a let down as we only started skiing this week and, now it’s warming up, things are starting to melt.’

He went on: ‘A lot of skiers do not know we exist. It’s not a secret but you have to do a 2,000-foot mountain climb to get to it and that puts a lot of people off.

‘But the scenery when you get up here is absolutely breathtaking and well worth it.’

A good season can run until April.

Unlike the pricey resorts in Austria, Canada, France, Switzerland and the United States, the UK version is a little more rough and ready.

The tow track is dug out by hand and the runs maintained only by nature.

Photographer Tom McNally ascended the slopes this week and took a series of stunning photos of people enjoying the British snow.

He also visited skiers enjoying the slopes at Aviemore in the Cairngorms National Park, where several were spotted taking a tumble. 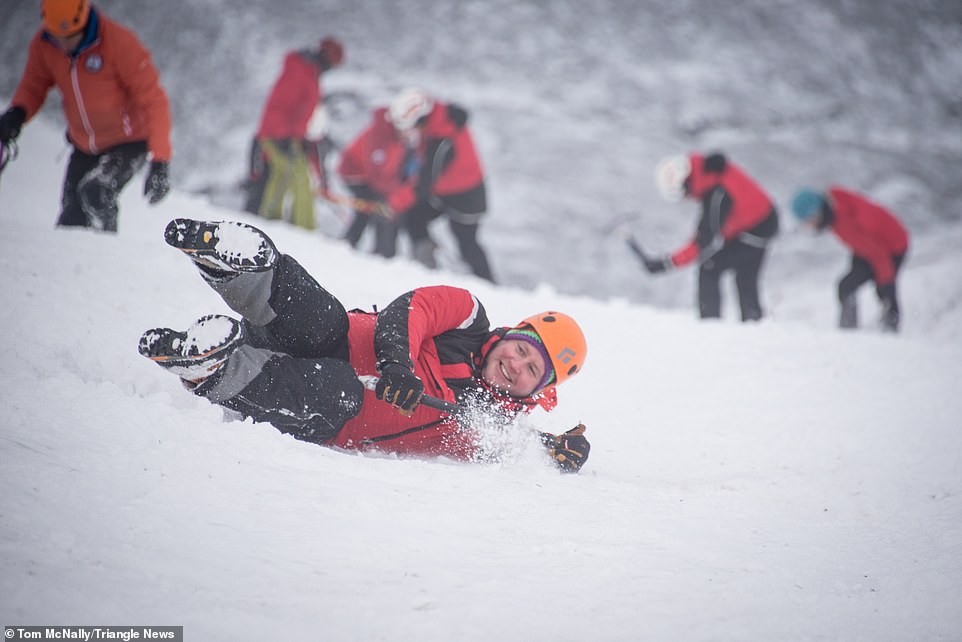 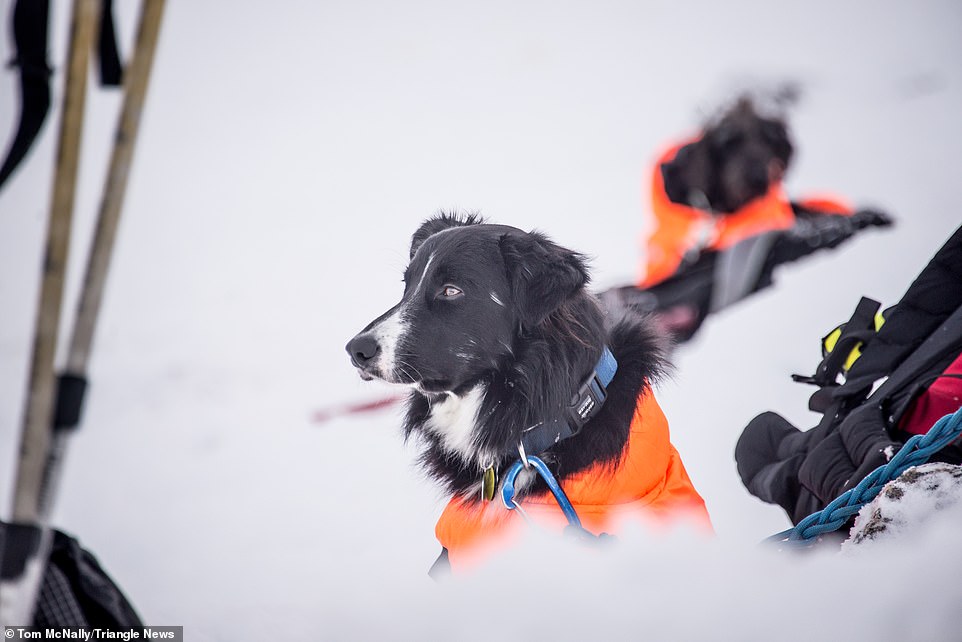 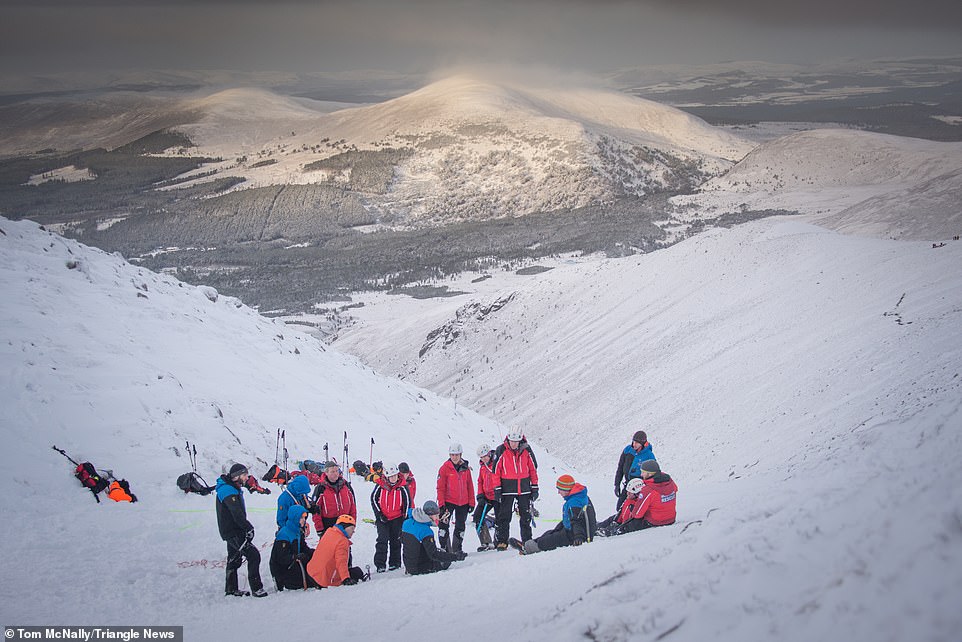