Angry travellers at Manchester Airport took to social media today to express their frustration about the waiting times at the airport. Many travellers took to Twitter to post photos of the chaos. One Twitter user called David Gardner warned other travellers to arrive “four hours before their flight”.

He said: “If you are departing from Manchester Airport I suggest you arrive four hours before flight (not three) so that the carnage that is #manchesterairport doesn’t spoil your hols.

“It took us over three hours to check-in bags and get through security. It’s a horrible experience.”

Hayley Stokes had a similar experience and warned other travellers to “bring a coat” as they will be queueing “outside”. 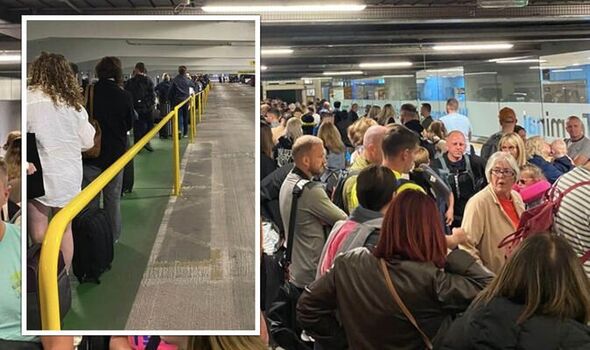 “I advise arriving at least three hours early, bring a coat (you’ll be outside) and cancel your lounge.”

One social media user posted a photo of a queue which appeared to stretch back all the way to the multi-storey car park at Terminal 3.

They later tweeted: “3hrs from arriving to getting on the plane just as gate closing. Shambles. Your staff need help!!”

Another passenger said on social media that the queues were an “utter shambles” and the “worst ever”.

One man shared a photo of a security queue he was in which also stretched back to the car park at Terminal 3.

They warned: “If you are flying out of @manairport T3 today, get to the airport as soon as you can.

“This is currently the security queue – out of the terminal, across the bridge, and into the T3 multi storey car park!”

A fourth passenger claimed it had taken almost four hours from arriving at the airport for them to reach their gate.

“They said: “I’ve been at @manairport since 4am. And I’ve just got to my gate now.

“Thank god my flight was delayed. The airport is utter carnage, no organisation at all, and the staff look lost, utter disgrace.”

“During our ongoing recovery from the pandemic, we continue to advise customers there may be some times when security queues are longer than usual, which is why we advise people to arrive three hours before their flights. 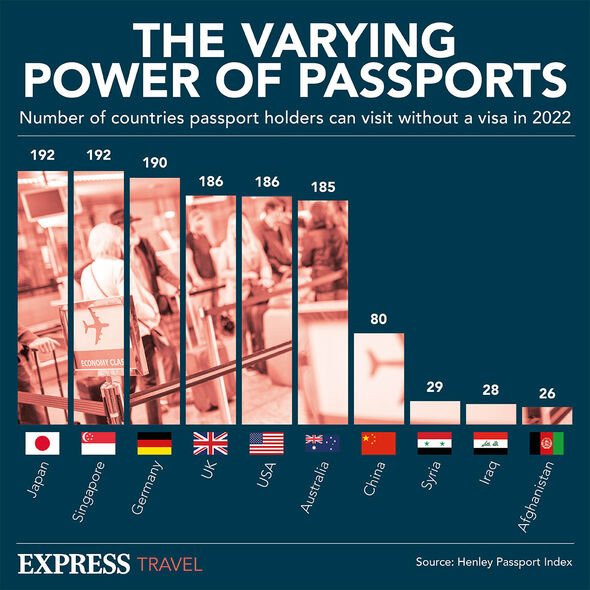 “This morning, while the vast majority of people passed through security in under 30 minutes, waiting times peaked at more than 60 mins in two of our terminals for a period of time, and we are sorry for any inconvenience caused.”

Manchester Airport has been suffering with delays, cancellations and baggage issues in recent months.

This has understandably resulted in thousands of angry customers and travellers.

The airport’s new managing director, Chris Woodroofe, has warned that this would continue in the coming months.

However, he vowed to “get passengers on their way” as the summer holiday season approaches.