The British Government has been working “closely” with US officials with the aim of resuming transatlantic travel in the coming months. However, any hopes have since been shattered amid the rise fears over the prevalence of the Delta Variant in the UK, alongside uncertainty over the AstraZeneca vaccine in the US.

According to the Financial Times, US officials said discussions between the UK and US to safely open up a travel corridor are unlikely to reach an agreement before the end of July.

The US has cited concerns over the Delta Variant, as nations in the European Union(EU) begin to ramp up quarantine restrictions for British travellers.

The US also faces barriers on its own shores, with some states yet to pass approval for use of the AstraZeneca vaccine, slowing the nation’s progressive vaccine roll-out.

It’s a blow for UK officials who, according to the FT, had outlined hopes for US travel to reopen by July 4. 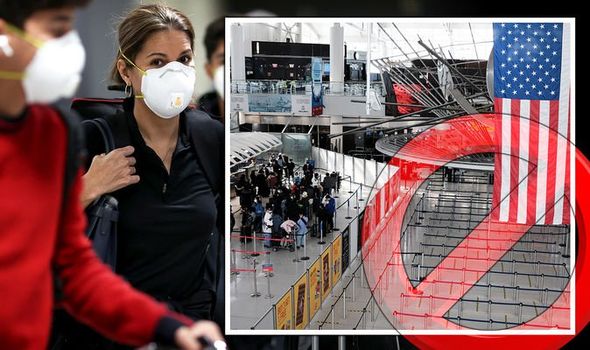 A UK Government spokesperson told Reuters both countries are continuing to work together “to help relaunch UK-U.S. travel as soon as possible.”

They added: “Discussions between the working group are ongoing to ensure the UK and U.S. closely share thinking and expertise on international travel policy going forward.”

Following the G7 Summit in early June, US President Joe Biden and Prime Minister Boris Johnson were thought to have made positive progress in discussing international travel.

However, Foreign Secretary Dominic Raab had warned an announcement on reopening travel would take some time.

“It was something that was discussed yesterday and we’ve got an idea about how to take it forward, but it’s not something we’ll be announcing imminently,” Raab told Sky News at the time.

The news is the latest setback for travel, after comments from German chancellor Angela Merkel began a wave of new restrictions across some EU countries.

On Monday, Spain announced it would be ramping up entry requirements despite having let Britons travel freely for more than a month.

Now, unvaccinated Britons will face 14 days of mandatory quarantine if they are unable to show evidence of a negative “Gold Standard” PCR test. 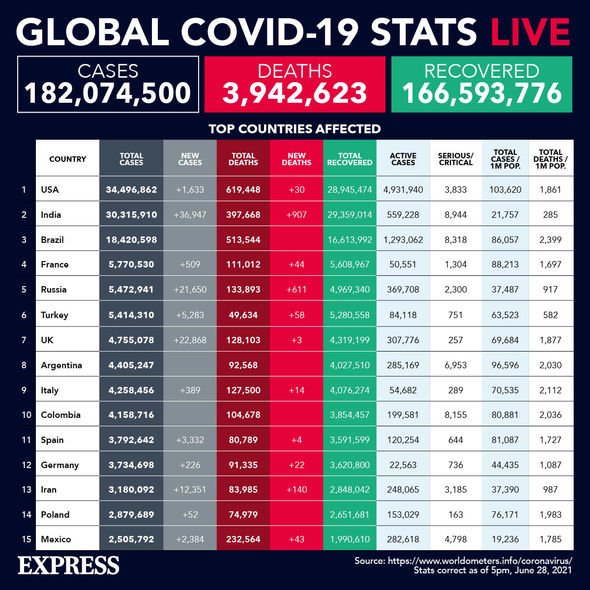 The majority of Spain is currently on the amber list, with the exception of the Balearic Islands which are set to turn green tomorrow.

Similarly, Malta has also implemented new rules for UK arrivals ahead of its addition to the green list on Wednesday.

UK arrivals will have to show evidence they have been fully vaccinated in order to sidestep quarantine.

This means Britons who have not yet been vaccinated will have to quarantine at their own expense upon arrival in Malta.

It is a move that the German chancellor thinks should be an EU-wide rule.

Speaking last week, Angela Merkel, said: “In our country, if you come from Great Britain, you have to go into quarantine – and that’s not the case in every European country, and that is what I would like to see.”

French President Emmanual Macron showed his support for the idea.

He warned that the EU’s digital green pass for travel could be in danger if member nations do not adopt one cohesive rule for international arrivals.