Travelling during the coronavirus pandemic is very different to travel of the past. Many airlines have introduced strict new policies which passengers must abide by to ensure the safety of everyone on-board.

One of the main changes is the mandatory requirement to wear a face mask of covering at all times when flying.

In most instances, this mask can only be removed when eating and must be put straight back on as soon as the passenger has finished their food.

However, it seems the rule has caused both controversy and confusion for some.

A viral video which has been shared on YouTube by KrisAnne Hall, and by Instagram account @PassengerShaming, shows the moment an American man was removed from a South West Airlines flight. 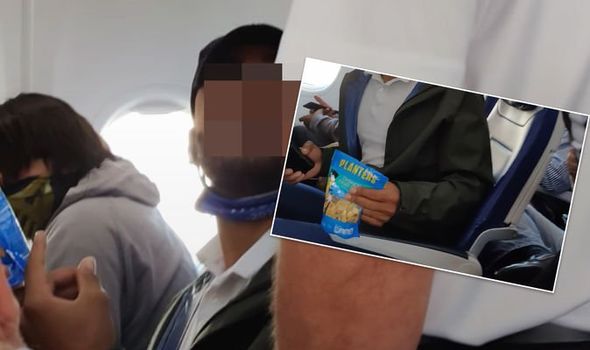 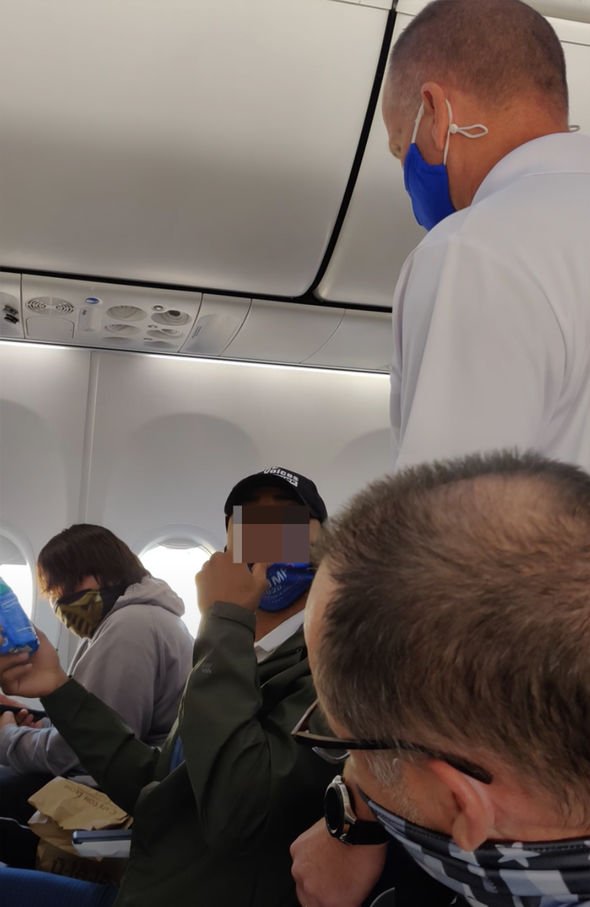 In the explosive footage, the man can be seen pleading his case to a South West ground staff worker who has been sent to escort the man from the plane.

There are varying arguments on both sides; the crew say the man did not comply with wearing his mask a number of times, the passenger says he only removed it to eat.

Video footage now circulating online appears to have been filmed by a female passenger sitting in the row to the side of the incident.

In the clip, the airline worker can be seen explaining to the man that he is being removed because he took his mask “back off” after being asked to wear it by the flight crew.

The male, who can be seen holding a bag of peanuts, defends himself saying: “Yeah, because I am eating. They said if I am eating…”

In response, the airline worker states: “Here’s the deal: The crew does not want you on this flight. I’m not going to delay another three people to argue this with you.”

Other’s onboard the flight, including the female behind the camera, leap in to question the decision.

“So, we’re not allowed to eat with our masks off – is that what you are saying?” asks the woman.

“He did cooperate,” a second woman on the flight adds.

“He put his mask on, he took it off when he started eating the nuts.

“That was it, I was sitting here.”

The male passenger adds: “I complied, I put it on after they asked me to.

“I am wearing the mask, I am just eating right now.” 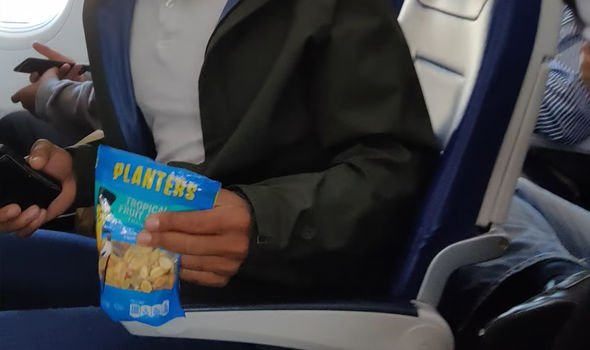 However, the ground staff member threatened to “call the police”.

“You are being denied boarding by the crew; the crew is not going to take you,” he clarifies.

There is some speculation amongst travellers, in particular, the woman filing the event, that the move may be related to the man’s choice of hat and face mask.

Both items are adorned with a political statement.

However, South West Airlines refutes this and says the man was removed due to his lack of compliance with new coronavirus safety policies.

In a statement following the event, Chris Mainz, a spokesperson for Southwest Airlines, told Newsweek: “Our reports indicate that a customer travelling on Flight 2632, with scheduled service from Tampa to Dallas, was asked repeatedly by more than one employee at different times to wear a face mask.

“The customer did not comply with our crew’s multiple verbal requests—including while boarding the flight before seated. Therefore, the decision was made to return to the gate and re-accommodate him on a later flight to his final destination after receiving assurances he would comply with our face-covering policy.

“We regret the inconvenience the situation created for all involved, but our crew must uphold the well-being and comfort of all passengers.

“Our policy clearly states that we require all customers over the age of two to wear a face-covering or face mask while travelling to help prevent the transmission of COVID-19.

“We communicate this policy to all customers at multiple touchpoints throughout the travel journey including during booking, in a pre-trip email sent prior to departure, and during a required acknowledgement that’s part of the Customer Health Declaration Form which appears during the check-in process.”