For Halloween visit medieval Thornton Abbey, sitting impressively in its lonely location in north Lincolnshire. A strong sense of the past accompanies you across the 1139 site. Tales of ghosts have been intensified by the discovery of a plague pit in 2016. Thomas de Gretham, a 14th-century abbot was supposedly bricked up alive into the cellar walls following accusations of witchcraft and today he wanders the gatehouse, possibly still practising his black arts. If you see the gatehouse lit by the evening sun it magically glows in welcoming gold, but its appearance after dark suggests a return the next day.
• Adult £6.90, 5-17 years £4.60, booked timed ticket in advance, mask obligatory in indoor spaces
Vivienne Sewell 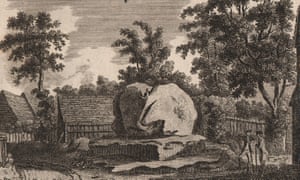 The Chiding Stone is in the ancient village of Chiddingstone, in the wilds of the Kent weald. The great slab of sandstone is down a narrow path opposite a lovely church. If going after dark, you will need to keep your nerve. Rumour has it the stone was once used by druids as an altar or place where judgments were made. The stone is natural and of great local importance dating back to ancient pagan times. Another popular story is that in medieval times, nagging wives, wrongdoers or witches were brought to the stone to be chided as punishment by an assembly of villagers. Locals say if you go there after dark you may hear noises made by ghosts of past sacrifices.
Sally

Readers’ tips: send a tip for a chance to win a £200 voucher for a Sawdays stay

Every week we ask our readers for recommendations from their travels. A selection of tips will be featured online and may appear in print. To enter the latest competition visit the readers’ tips homepage 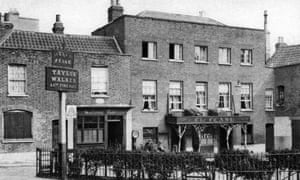 Legend has it the first autopsy was secretly performed in the Committee Room at the Flask pub (built 1663) in Highgate, after two “resurrection men” snatched a corpse from Highgate cemetery. Since then, the Flask has been a favourite with artists and writers including William Hogarth, Byron, Shelley and Keats. In addition, infamous highwayman Dick Turpin hid out in the basement when the law was looking for him. The pub is believed to be haunted by a Spanish barmaid who hanged herself in the pub’s cellar (now a seating area), over an unrequited love.
Lucy Mickleburgh 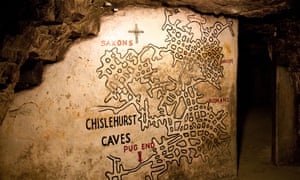 Chislehurst Caves are a series of intersecting manmade tunnels and caverns covering some 22 miles in Chislehurst, south-east London. From the mid-13th to early 19th centuries the “caves” were created from the mining of flint and chalk. Who can resist a cavern? The darkness, the descent, the delicious shiver of fear that something – someone – might still be lurking in a dim recess. It was used as a bomb shelter during the Blitz and then was a music venue from the 1950s until 1980s, hosting acts including Jimi Hendrix. There are many ghostly stories on offer.
• Adult £7, child £5, advance booking and masks essential
Holly Hennessy

The shadowy side of Sussex 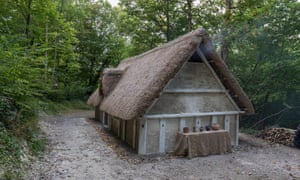 A spooky site worth visiting this October is the Weald & Downland Living Museum in Chichester, West Sussex. This 40-acre site has a collection of more than 50 historic buildings which are said to have ghostly presences. Don’t be fooled by the beautiful surrounding South Downs national park, as shadowy figures have been spotted here, as well as a ghostly woman walking from house to house. If that’s not proof enough, the team from TV’s Most Haunted have also spent time there investigating, and produced two programmes from the location.
• Adult £14, 4-18 years £6.50
Brenda

You are being watched, Dorset 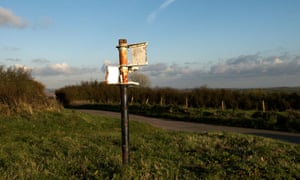 On a clear, sunny day Eggardon Hill offers extensive views over west Dorset and beyond. But throw in low cloud, mist and nightfall and this iron age hillfort is an unnerving place. There are tales of spectral Roman soldiers, legends about faeries and demons hunting for souls, and reports of passing cars mysteriously conking out momentarily. Maybe then, it is not surprising that this is one of those ancient places where you feel you are being watched …
Sharon Pinner 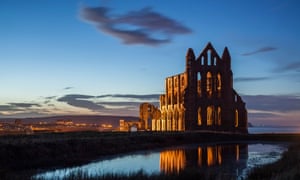 Sitting atop the East Cliff, Whitby Abbey looms over the scenic town. Clamber up the 199 steps and you’ll be following the path of the mythical Barghest (a large black dog), a scene that came to life in the 1897 novel Dracula. Once you’ve weaved through the crooked gravestones of St Mary’s Church, you’ll come face to face with Bram Stoker’s literary inspiration. The crumbling gothic ruins would make the perfect haunt for any self-respecting vampire.
• Adult £11, under-18s free, book times tickets in advance
Emily Hardy

A night out with Nora the Nun, Flintshire 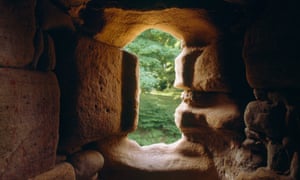 Ewloe, north Wales is my home village, and I’ve grown up with stories of the ruined castle and its spooky history: the 13th-century Prince of Wales, Llewellyn ap Gruffudd, is buried there, and it’s said that his marching men can be heard in the woods at night. This, coupled with the ghost of Nora the Nun and a pack of wild dogs in the surrounding forest, place Ewloe firmly on the list of the scariest places in Wales … visit if you dare!
Chloe Walters 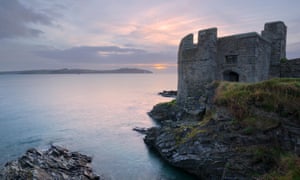 Several ghosts are said to roam the interior of Pendennis Castle in Cornwall. Phantom footsteps have been heard walking up the staircases as well as the screams of “Maud”, the ghostly kitchen maid, who apparently fell to her death many years ago. From 24 Oct-1 Nov between 10am and 5pm there will be a ghost trail at the castle, suitable for families, with a prize for the most scarily dressed visitor (actual ghosts are ineligible).
• Adult 13.50, 5-17 years £8.10, booked timed tickets in advance
Becky 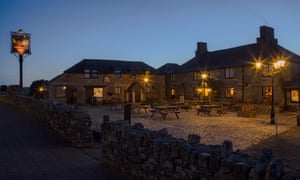 Resident ghost haunt Jamaica Inn (doubles from £110 B&B) on Bodmin Moor, is probably the most famous of Cornwall’s many haunted inns and was made famous by Daphne du Maurier’s novel. Paranormal activity and sightings of ghosts at Jamaica Inn were first recorded in 1911. And for any brave souls out there, you can even stay the night in one of the haunted rooms, where you might just hear a baby’s cry or the sound of horses and carriages from the courtyard. Guests staying in room five claim to have been woken by footsteps and rattling sounds.
Caroline

This way for the hangman, Chester 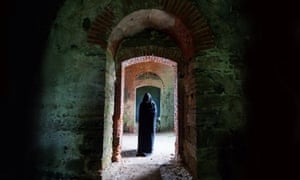 Chester Ghost Tours are a great Halloween activity, suitable for all the family. A tour guide walks you round the historic, walled city of Chester as the sun is going down and the shadows draw in, and stops at key, ghoulish and eery spots around the city. From mass graves under buildings to prison cells and hangman walks – the spooky evening walk will get you in the mood for Halloween.
• Adult £10, concs £9, family (2+2) £25, booking and face masks obligatory, hand sanitiser provided
Danielle Bates 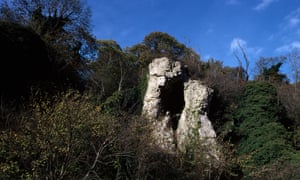 Creswell Crags, a limestone gorge on the border of Derbyshire and Nottinghamshire, is home to a collection to caves including a rumoured hiding place for Robin Hood and Mother Grundy’s Palour that local legend said was home to a witch. But while there were only myths when I first visited in the 1990s, the caves have since become truly spooky with the discovery of centuries-old “witches marks”, hundreds of ritualistic symbols scratched into the cave walls to act as protection from evil spirits. Guided tours take you to markings and talk you through their possible meanings, or if the thought of it is too creepy you can take a virtual tour in the visitor centre.
• Tours from £30 for household or bubble, parking from £4, museum £3 adult, under-16s free
Paul