In 1999, actress Angelina Jolie won a Golden Globe Award for
her role in the film “Gia.” On the red carpet before the awards show,
Jolie said that if she won, she would jump into the pool at the Beverly Hilton,
where the awards event was taking place.

She famously made good on that pledge after the ceremony,
but just before she jumped into the pool, she asked a woman standing nearby to
hold her Golden Globe.

That woman was Ruth Turpin, owner of Cruises Etc. in Fort
Worth, Texas. 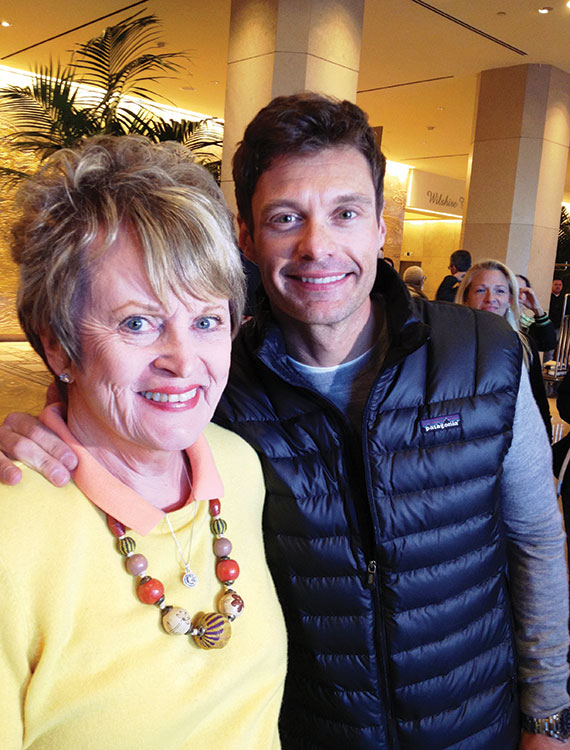 “I was walking near where she was, and she said to me, ‘Would
you hold this for me?'” Turpin recalled. “And she jumped in the pool.
It became a national headline. I mean, everybody knew about it. They didn’t say
anything about me holding the Golden Globe, but I was a part of that.”

Turpin had been in the right place at the right time, but it
wasn’t really surprising that she was at the Golden Globes in the first place.
For nearly 30 years, the veteran agent has stayed at the Beverly Hilton during
the awards show, watching celebrities come and go.

While the bleacher seats where Turpin and other
celebrity-watchers sit are pricey these days, when she first started
attending the awards show, things were much different.

In fact, her first run-in with the show was a complete
accident.

In 1991, Turpin was staying at the Beverly Hilton on a
business trip. The cruise specialist was visiting several cruise lines,
including Princess Cruises and the then-fledgling Crystal Cruises.

“I was staying at the hotel, and on Sunday night, I
began seeing all these stars,” she said.

Kirk Douglas, Kevin Costner and more were popping up left
and right.

Sure enough, it was the Golden Globes, the Hollywood Foreign
Press Association’s awards show that has been held annually since 1944.

When Turpin first found herself at the Beverly Hilton during
the show, there was no security, and people were free to roam, take pictures of
the celebrities and more. Turpin found it quite enjoyable.

“Through the years, I started making sure my times for
appointments with the cruise lines worked in conjunction with this,” she
said.

Over the years, things changed. The show started getting
larger, and security started getting tighter, but Turpin showed up year after
year (with the exception of 2008 when the show was affected by the Writers
Guild of America strike). People started to recognize her, and once, about 20
years ago, she got a seat at the ceremony itself.

“It was absolutely wonderful. I was way at the back,
but it was still fun,” Turpin said. “You feel like you’re in a
fairyland.”

Eventually, bleacher seating was added outside of the
ceremony for a price. The Golden Globe Bleacher Package, which includes a
two-night stay at the Beverly Hilton and bleacher seats, starts at upwards of
$3,000 for two people. Turpin said the better a bleacher seat is, the more
expensive the ticket.

“I always get front-row center in the bleachers,”
she said. “It’s just fun.”

Turpin isn’t interested in chasing celebrity autographs, but
she does enjoy photographing the celebrities who stroll past. She also likes to
chat with them.

“I love to have a conversation with people that I
feel are interesting, and I’ve had some really incredible encounters
with stars,” she said.

The Jolie encounter was the most exciting, Turpin said. And
last year, she took a photo with Justin Hartley from the TV show “This Is
Us,” who Turpin admits to having a “huge crush” on. After chatting,
she said, Hartley insisted on taking the picture, which he asked his wife to
snap.

Her most memorable experience, though, was with one of
Hollywood’s silver foxes, George Clooney.

Years ago, a friend invited Turpin to the Emmy Awards. She
had a conversation with Clooney that evening and took a picture with him. Years
after that encounter, she happened to have the photo in her wallet during the
Golden Globes. She was standing by a bar in the Beverly Hilton when she saw
Clooney walk by.

“I said, ‘George, I want to show you a picture,’ and he
said, ‘Oh my god, you are beautiful. I have aged miserably!'” she laughed.

Some stars tend to walk by without saying a word, but
others, like Clooney, are unfailingly polite, Turpin said.

“There are some who are truly, sincerely kind, and he’s
one of them,” she said. “I don’t think he thinks he’s that important,
which is crazy.”

Attending the awards show every year brings some benefits
beyond close encounters of the celebrity kind. Turpin often tries new
restaurants and experiences in Los Angeles, which she can in turn recommend and
book for her clients, who tend to get a kick out of her celebrity-photo-studded
office, snapshots she has taken (or, in many cases, is in). 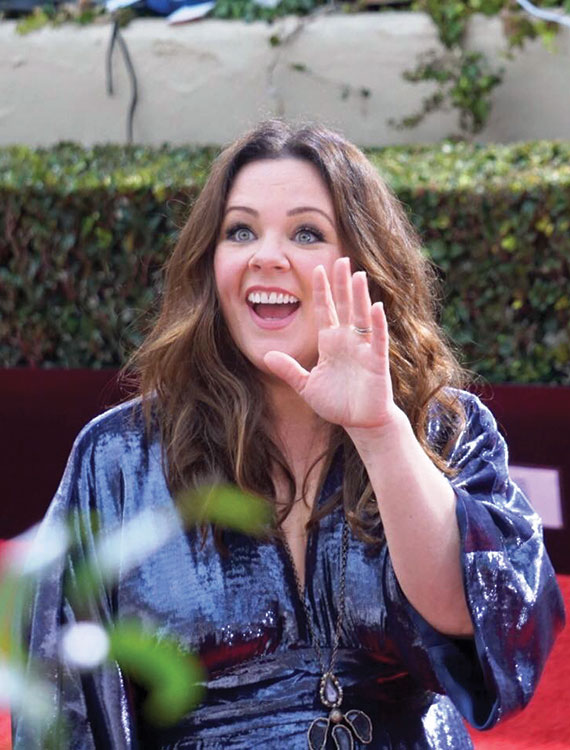 These days, there’s a group of about 16 people Turpin meets
up with for the show every year. They call themselves “the GG Gang,”
she said, and they have dinner and enjoy other activities surrounding the
Golden Globes. One woman from Scotland rooms with Turpin, and they enjoy
time before the show shopping and taking in the true Hollywood experience.

Turpin will leave for this year’s Golden Globes trip on Jan.
3. The show will begin at 5 p.m. Pacific time on Jan. 6.

“It’s been a fun thing developed through the years by
accident — strictly by accident, never by design,” she said.

“I’m
just so glad I’ve made so many friends that I get to see every year, and then I
get to be in that celebrity world where I’m able to talk to or photograph
celebrities.”