Marriott has announced the next phase of a program aimed at celebrating and supporting inclusion, equality, peace and human rights.

Beyond Barriers is the latest chapter in the hotel giant’s #LoveTravels program, designed to support those who are actively leading unique strategies to help others.

A centerpiece of the new effort will be the #LoveTravels Beyond Barriers Social Innovation Investment, which over the course of a year is set to distribute $500,000 in grants to groups and individuals who are actively breaking down barriers that divide.

“As a hospitality company, it is our responsibility – and not one that we take lightly – to provide safe and welcoming spaces for our guests and associates every day to make a positive impact on diverse communities,” Cherilyn Williams, director, global portfolio marketing at Marriott International, said in a statement. “Beyond Barriers is an expansion of the #LoveTravels program, which has been celebrating and supporting inclusion, equality, peace and human rights since it was launched, and will allow us to dive even deeper to tell stories in a more intimate, powerful and personal way.”

Each innovator received a $50,000 grant for their nonprofit organization and will also have opportunities to meet with Marriott leaders and partners in their focus area, in addition to summits, one-on-one mentorship and other Marriott programming over the course of the next year.

“To celebrate the fifth anniversary of #LoveTravels, we set out to shine a light on people and organizations who are actively forging new paths and championing initiatives that have a direct impact on diverse communities,” Apoorva Gandhi, vice president of multicultural affairs, Marriott International, said in a statement. “Tony, Nadya, Jordan and Isabel represent the future, and their work to create solutions and drive change is something that Marriott is proud to be able to support and foster.”

The causes championed by each of the grant recipients range from highlighting positive representations of minorities in the media, to supporting good hygiene for those in need, to empowering marginalized communities to share their stories, and revitalizing a traumatized island. 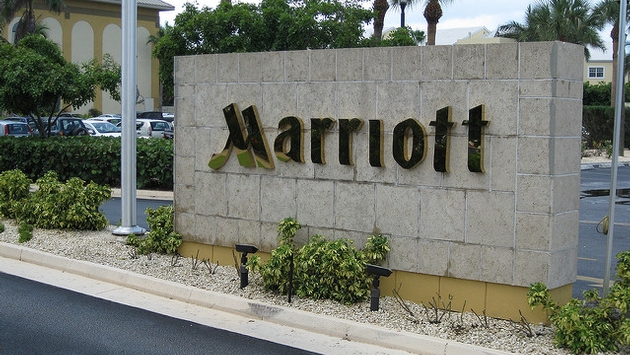 The remaining $300,000 earmarked for grants by the Marriott initiative is to be distributed via a contest that will award 30 individuals a $10,000 grant to accelerate their vision for advancing inclusion, equality, peace and human rights through travel.

Marriott’s Beyond Barriers program will continue throughout 2018 with additional summits planned for the annual National Black MBA Association Conference in Detroit on September 27, featuring award-winning actress Taraji P. Henson, followed by the True Colors Fund Summit on October 3-4 in Atlanta.

The summits continue into next year with additional programming scheduled through 2019.