These days, with the internet at our disposal, it’s tough to keep secrets in travel. Here in Hawaii, the issue is compounded due to the relatively small size of the islands. But that doesn’t mean there still aren’t some underrated places to check out. Here are five we recommend that still fly a bit under-the-radar:

Most people who experience Hawaii Kai do so in passing. They drive from Honolulu along the southern shore to the east side of Oahu, where they stop at Hanauma Bay or Makapuu, or continue up the coast to Kailua. What attracts most is the coastal road that connects the southern and eastern shores, its rocky, tall cliffs and oceanside road offering spectacular viewpoints.

But don’t just drive through—this area is packed with things to do. The town of Hawaii Kai is centered around Koko Marina, with many relaxing places to post up. Try a water-side table at Island Brew Coffeehouse, or hop over to Kona Brewing for something with more suds. For happy hour or dinner, try a local restaurant like Liko’s Tap and Table. The local beach for Hawaii Kai, Sandys, is a great place to hang out, filled with food trucks and a big beach park, adjacent to Halona Blowhole. Hiking in the area is also nice—try Koko Crater for a local leg burner, or Kuliouou Ridge for a view of the east side.

Named after the French explorer, La Perouse Bay was formed during Haleakala’s last eruption, estimated to have happened in 1790. Located south of Wailea, it sits at the “end of the road” and expands to the south. Walking trails take visitors along the rocky coastline and past archeological sites, like heiaus, and the waters, which are protected, are filled with native fish.

La Perouse Bay is not undiscovered, but it does hold more opportunity than most give it credit for. The trail that goes through the lava field is actually part of the old King’s Highway, a trail that once circumnavigated the island. Advanced snorkelers can take a dip in one of the coves; land lovers need only to find a perch to watch the waves meet the sea cliffs. Wear proper sneakers, bring plenty of water and snacks and head out into the lava field. On the way home, stop at the black-sand Oneuli Beach.

Hawi is the birthplace of King Kamehameha, Hawaii’s most famous ruler, the man that conquered and forcefully brought all the major islands under his rule, starting in the late 18th century and concluding with the surrender of Kauai in 1810. That history in itself is reason enough for a visit to Hawi. In the center of town, there’s a large statue commemorating the great warrior. Despite this massive historical note, Hawi is otherwise quiet on the surface and it would be easy to drive right through without recognizing its importance.

Nearby Pololu Valley offers hiking and scenic beauty, and if you want to simultaneously discover history and adventure, check out the Flumin’ Kohala Kayak Tour, which takes you on a fun ride through the old sugar cane plantation irrigation system.

Everyone—and I mean everyone—who visits the Big Island is familiar with Kona town. And why not? Its beautiful oceanside streets and volcanic slopes provide a relaxing backdrop and a bustling basecamp for adventures around the island.

Though many visit the town itself and the attractions down at sea level, few make the journey up the hillsides to the high elevations of the Kona side, where many small towns, coffee farms and forest reserves await.

Located 1,300 feet above Kailua-Kona, the small town of Holualoa is a great example of the charm one can find in upcountry Kona. To start, it’s often much cooler at these elevations, allowing for an escape from the hot days along the coast (these cooler temperatures are what allow the coffee industry to thrive). Holualoa is an artist’s town, with many galleries and boutique-style lodging opportunities. The town comes alive the first Friday of every month with food trucks, live music and gallery events; otherwise, you can take a tour of a small coffee farm, and you can take in the ocean views from some spectacular properties, like the Holualoa Inn. 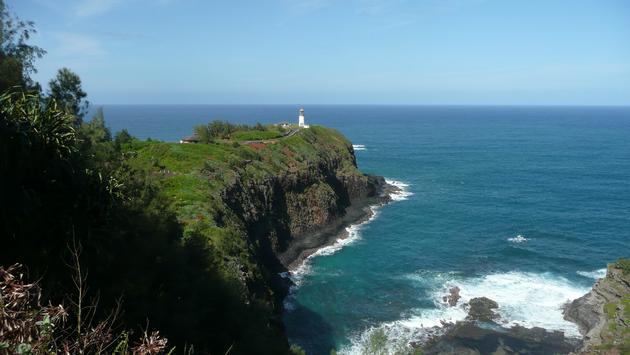 The North Shore of Kauai, specifically the towns of Hanalei and Princeville, is perhaps the most popular place on the island. And it’s easy to see why, with its dramatic sea cliffs, agricultural roots, chill vibes and access to the Na Pali Coast. But despite the high visitation, one little town still flies a bit under the radar.

Most people who visit Kilauea are on their way to the lighthouse and sea bird sanctuary, but there’s a lot more to the area. Once the site of a large guava plantation, the “downtown” area is still developing, which boasts both promise and authenticity here in its early stages. Check out the Kilauea Fish Market, Sushi Girl, the Bistro, or the Palate Wine Bar for a taste of what’s going on. Nearby Kalihiwai Beach is a nice place to find yourself on a sunny afternoon, and families will enjoy a stop at Garden Island Chocolate.