I can see the S-shaped curve of her smooth black back rising out of the darkness below, her enormous 12ft wings spread as wide as a minibus. As she nears, I notice her cephalic fins have curled into a pearly white mouth, now agape in a giant O as she hoovers up a snowstorm of plankton. Slowly, hypnotically, her enormous frame glides by, moving as elegantly as a ballerina.

I’m in the Maldives, trying not to cry into my snorkel as I stare at a manta ray, one of the most mesmerising creatures I’ve ever seen. It’s a moment which lies in stark, heartbreaking contrast to the video posted a few days ago of diver Rich Horner swimming with mantas through a blizzard of plastic pollution off the coast of Bali.

The footage, posted to Facebook and YouTube, was shot at a dive site known as Manta Point, around 20km from the shores of south-east Bali, and shows the British diver surrounded by plastic bags, plastic bottles, plastic baskets and bendy straws. As shocking as this is for the rest of the world to see, Bali residents know that this is not a one-off occurrence; marine pollution may peak over the wet season but it’s a year-round issue.

Stuart McDonald, who has been based in Indonesia for over a decade and runs the brilliantly detailed Travelfish website, says: “You can try to excuse this away with comments about currents, wet season and prevalent winds (all of which contribute), but at the end of the day the challenges facing not just Bali but Indonesia are enormous and largely self-inflicted – and the answer is in education.”

As a regular visitor to Indonesia myself, there have been times when I’ve seen and experienced the country’s pollution problem first-hand. Last March, while snorkelling near Manggis on Bali’s east coast, I encountered water coloured by a film of petrol, with rubbish – sweet wrappers, plastic bottles, styrofoam – bobbing around. Most shockingly, I saw a baby’s nappy embedded in coral, which had then grown over it and cemented it into place. The entire experience left me feeling so queasy – literally and metaphorically – that I decided to leave after just 20 minutes. 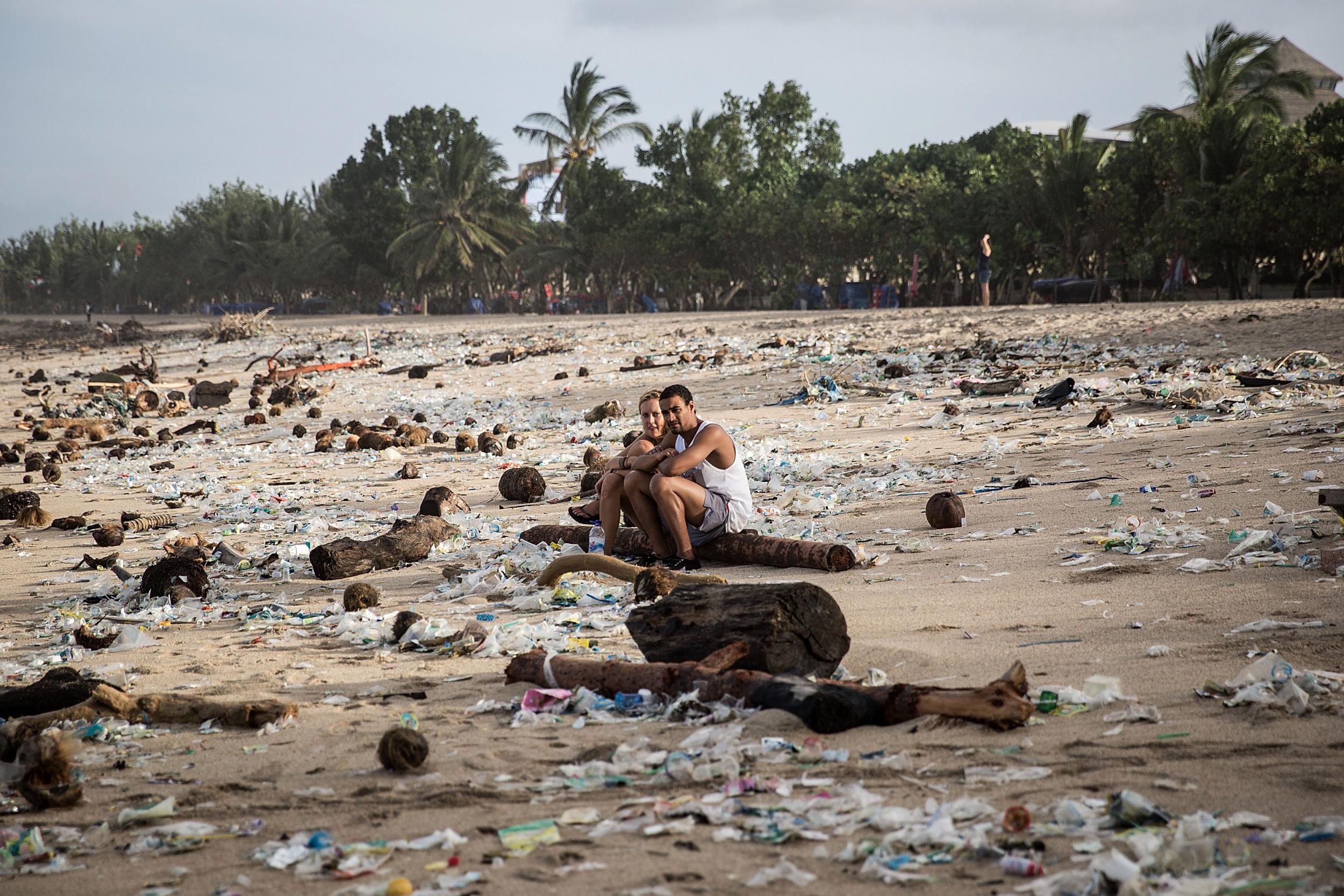 On another recent visit to Indonesia’s more northern, less visited Riau archipelago, I stopped by remote uninhabited islands where the most beautiful bright white beaches were camouflaged by a thick layer of plastic: flip flops, straws, disposable lighters, asthma inhalers, styrofoam and bottles in every size and shape. I’ve noticed that it tends to be these same items that wash up more than others – and not just in Indonesia.

I’ve seen depressing displays of marine plastic pollution in Thailand, Malaysia, Cambodia, Vietnam and even in rivers running down the Tibetan Plateau.

“This is not a new problem – Bali’s beaches and waters have been filthy in wet season for years now and Indonesia is about 40 years behind on environmental education,” says McDonald. “Over-tourism and targets from the tourism board with no regard for environmental impact or sustainability are like petrol on a fire.

“There are encouraging signs among local community groups but far, far more needs to be done and it needs to start yesterday.”

But for now it’s mainly down to hotels to keep Indonesia’s beaches looking picture postcard-pretty, with seaside properties sending out armies of cleaners every morning to clear away whatever filth has washed up overnight and ensure guests wake up to the beaches of their dreams. And while the introduction in 2015 of a £50 fee to enter Indonesia’s Raja Ampat Marine Park looks on the surface to be a step in the right direction, charging admission only makes sense if the numbers are limited, and in Raja Ampat they are not. As McDonald puts it: “Otherwise, it’s just pointless revenue raising.”

As for the mantas, Simon Hilbourne, resident marine biologist for the Manta Trust at the Four Seasons Maldives tells me: “The amount of plastic in this video is an extreme event, although it is very worrying. Being filter feeders, mantas are at serious risk of ingesting plastic, particularly microplastics. 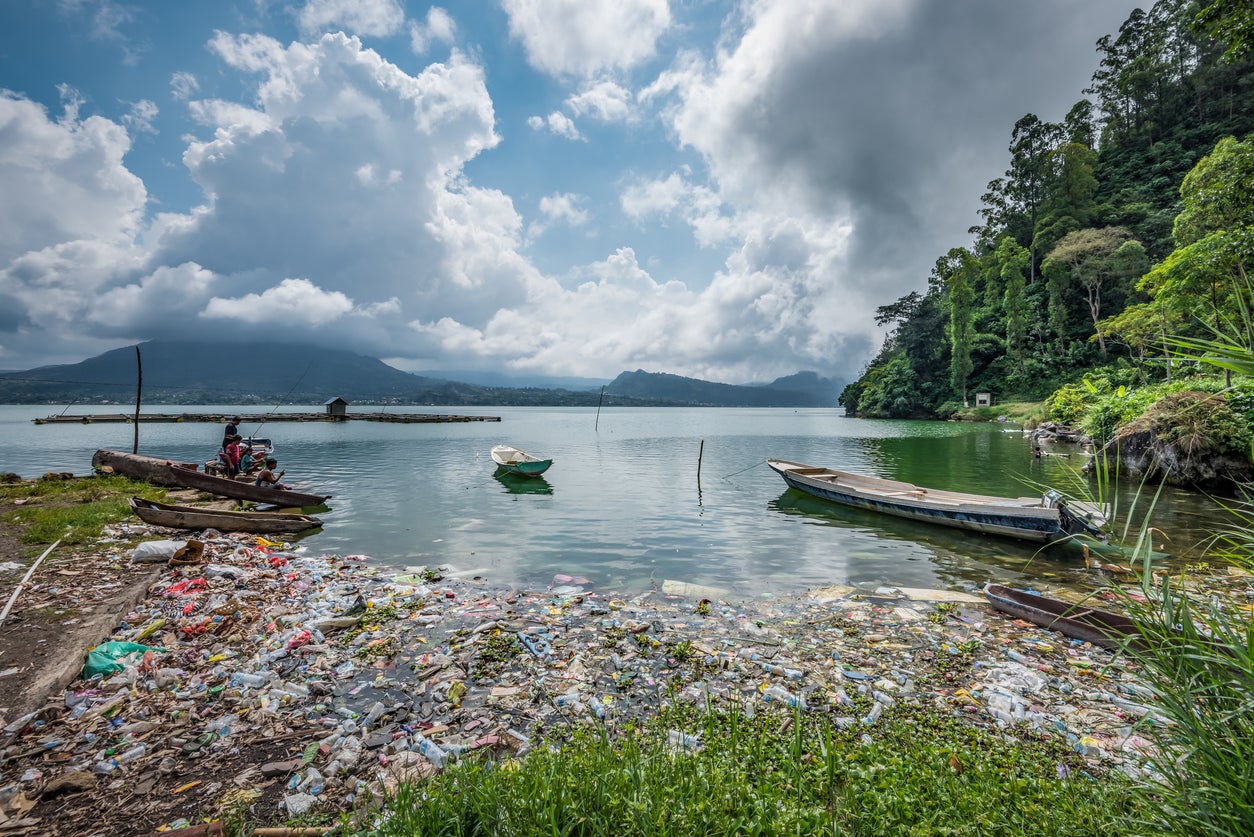 “We are pretty certain mantas are ingesting tiny toxic pieces of plastic as they feed; we do not presently know how this might affect their health and reproduction.”

Hilbourne also points out the financial benefits of investing in local wildlife: “Recent calculations looked at the value of manta tourism and deduced that they generate about $8.1m (£5.9m) per year for the Maldives alone, and $140m per year worldwide. It is also estimated a single manta is worth roughly $500 dead, but around $1m if it is alive (over its lifespan).”

Perhaps Indonesia has to ask itself what price it wants to put on its tourism industry.