Wednesday 4 April will be the 50th anniversary of the assassination of Dr Martin Luther King Jr at the Lorraine Hotel in Memphis, Tennessee. Here are 10 sites related to Dr King to visit on the US Civil Rights Trail.

It’s an exceptional coincidence that the church where Dr King was pastor is only a few metres from Alabama’s State Capitol where Southern secessionists formed the Confederacy in 1861. Take a tour of the church to see the desk where King worked and the pulpit where he preached. Especially moving is the mural that shows Dr King ascending into heaven clothed as an angel. Free entry; private tours by reservation. 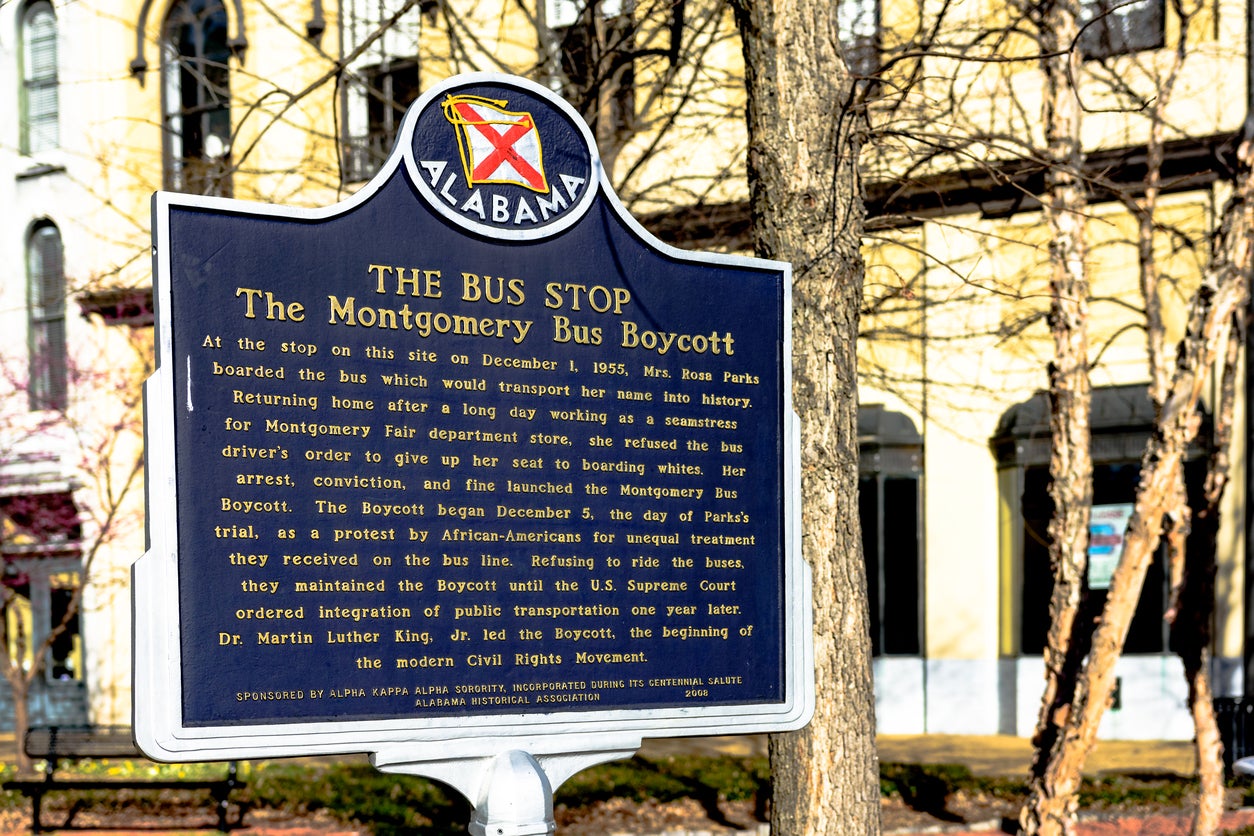 The Lorraine Motel where Martin Luther King was assassinated has been annexed to the National Civil Rights Museum in its entirety; his untimely death has now been frozen in time. Everything from vintage furnishings to authentic period decor have been used to evoke the 1960s – even the automobiles parked in front are vintage vehicles. Entry $16.

On 15 September 1963, a splinter group of the Ku Klux Klan planted a bomb in the basement of the 16th Street Baptist Church in Birmingham, Alabama. A phone call was made to the church by one of the perpetrators but only minutes before the bomb detonated. It was too late to save four young girls who were in the bathroom downstairs and were killed instantly when the explosion happened. Free entry; tours cost $5 per person.

One of the most ambitious non-violent protests to bring about voters’ rights was the 54-mile march from Selma to the steps of the state capital in Montgomery, organised by activists including Dr King, the Dallas County Voters League and the Student Nonviolent Coordinating Committee (SNCC). The first attempt took place on 7 March 1965 and became known as Bloody Sunday after state troopers and local police attacked participants on the Edmund Pettus Bridge, forcing them to turn back. The Selma Interpretive Centre serves as a welcome centre where visitors can explore exhibits and browse a bookshop dedicated to telling the story of the movement. Free entry.

The Dexter Ave Church parsonage, where Dr King lived during the time he served as pastor from 1954 to 1960, is now a museum. The nine-room clapboard house was placed on the National Register of Historic Places in 1982 and has been restored to what it would have looked like when Dr King lived there with his family. Entry $7.50.bo 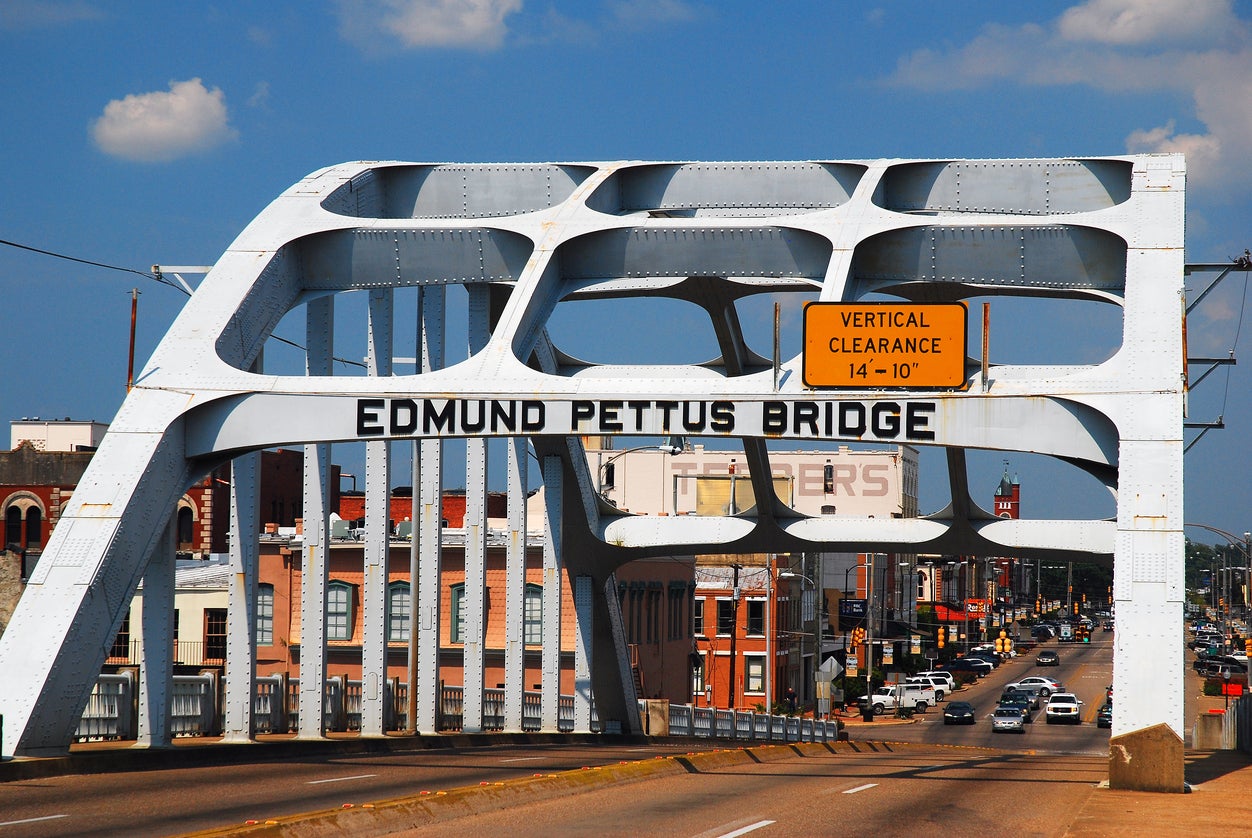 Dr King and his wife Coretta are both buried here at this national park in Atlanta: an area of the city, rather than an actual park, that’s based around his birthplace on Auburn Avenue and the Ebenezer Baptist Church where he was baptised and served as pastor (as did his father). The church is also where Dr King’s funeral for close family and friends took place. It was the first of two services; from there, 300,000 people gathered along the processional route to King’s alma mater, Morehouse College (4.8km from the church), where the public service took place. Many of the country’s political leaders, entertainers, foreign dignitaries and heads of religious faiths were in attendance. Free entry.

Directly across the street from the 16th St Baptist Church is the Birmingham Civil Rights Institute. Affiliated with the Smithsonian Institution, exhibits are a visceral account of events that shaped Dr King’s life and mission including the bus boycotts and arrest of Rosa Parks. Perhaps most moving are the visual reminders of the racial segregation enforced by the Jim Crow laws. Named after a white entertainer who “blacked up”, the laws came into effect after the emancipation of slaves following the conclusion of the Civil War. Entry $15. 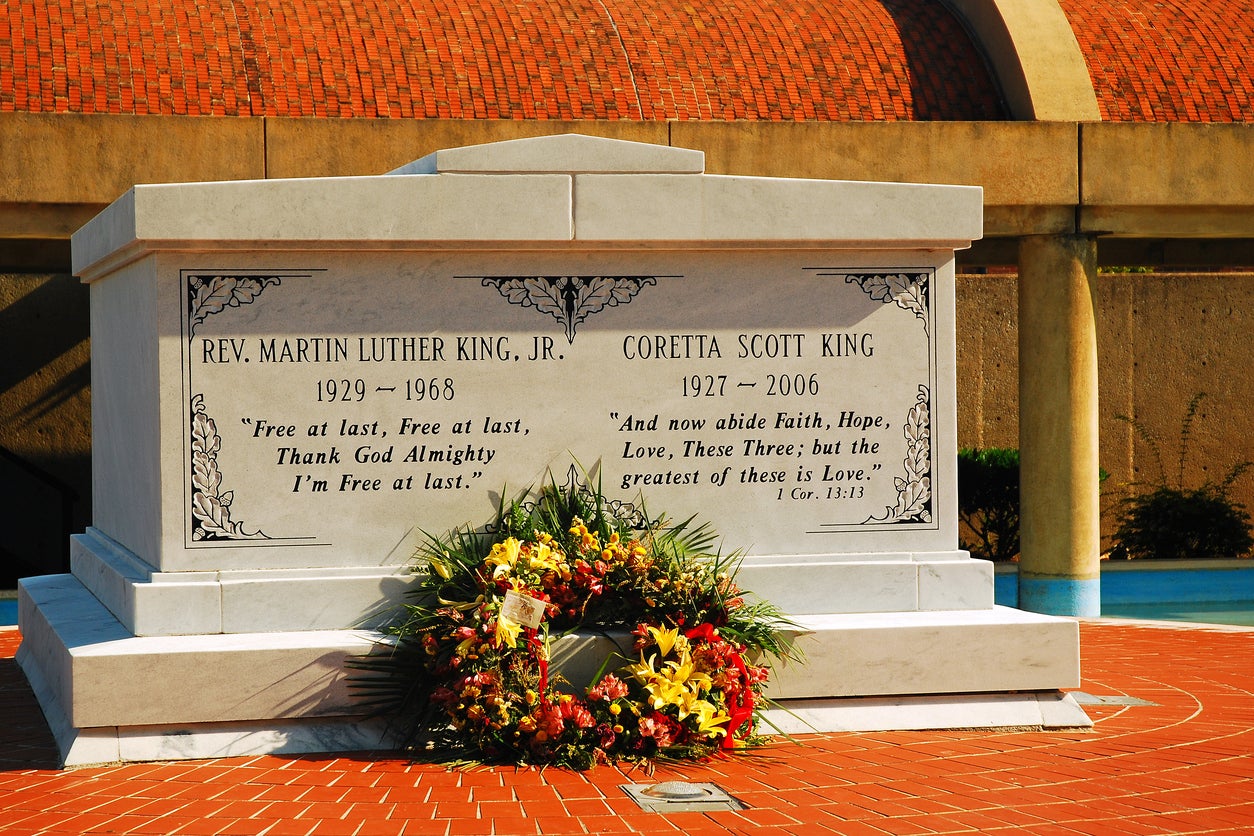 In the north-west corner of Birmingham is a low lying marshy area known as Collegeville. Dotted with slag heaps from the city’s steel making, it is where many of the town’s working class African American community lived. Civil rights leader Rev Fred L Shuttlesworth became pastor of the Bethel Baptist Church here in 1953 and was an early protestor against the city’s severe segregation codes. His home was bombed on 25 December 1956 in retaliation. Free entry.

The small nondescript AME Brown Chapel in Selma was chosen as the place to organise non-violent protests in 1965. Activists, including King, anticipated a standoff with the notorious local sheriff, Jim Clark, that would attract national coverage. This clash happened on 18 February 1965 in the nearby town of Marion when, during a protest, Jimmie Lee Jackson was shot in the abdomen. He died from his wounds on 26 February. Free entry, by appointment only.

Located one block south of the church where King was pastor, the Southern Poverty Law Centre Memorial, designed by Maya Lin, commemorates 40 individuals who lost their lives in the struggle for equality. The moving tribute is next to the Civil Rights Memorial Centre, where there are exhibits about civil rights movement martyrs plus a 56-seat theatre, where a short film provides an overview of the movement. Free entry.