I’m swilling the red liquid around my cup, stopping to watch the waves break. It’s not an obvious place to put a bar. Nor the easiest. But a mile out to sea off Jamaica’s south coast, atop a shallow sand bank, here it sits. Sun-scorched palm thatched roof, driftwood deck and knobbly wooden stakes driven into the seabed below; at the Pelican Bar, there’s not a straight line in sight.

Leaving the heaving beach resort town of Negril behind, we’ve driven for two hours and caught a boat from the small city of Black River, the capital of St Elizabeth Parish, to get here. Remote and deliberately hard to reach, the bar was first built in 2001 – and then determinedly rebuilt in 2004 following Hurricane Ivan – as a hangout for its creator Floyd, and his fisherman friends. 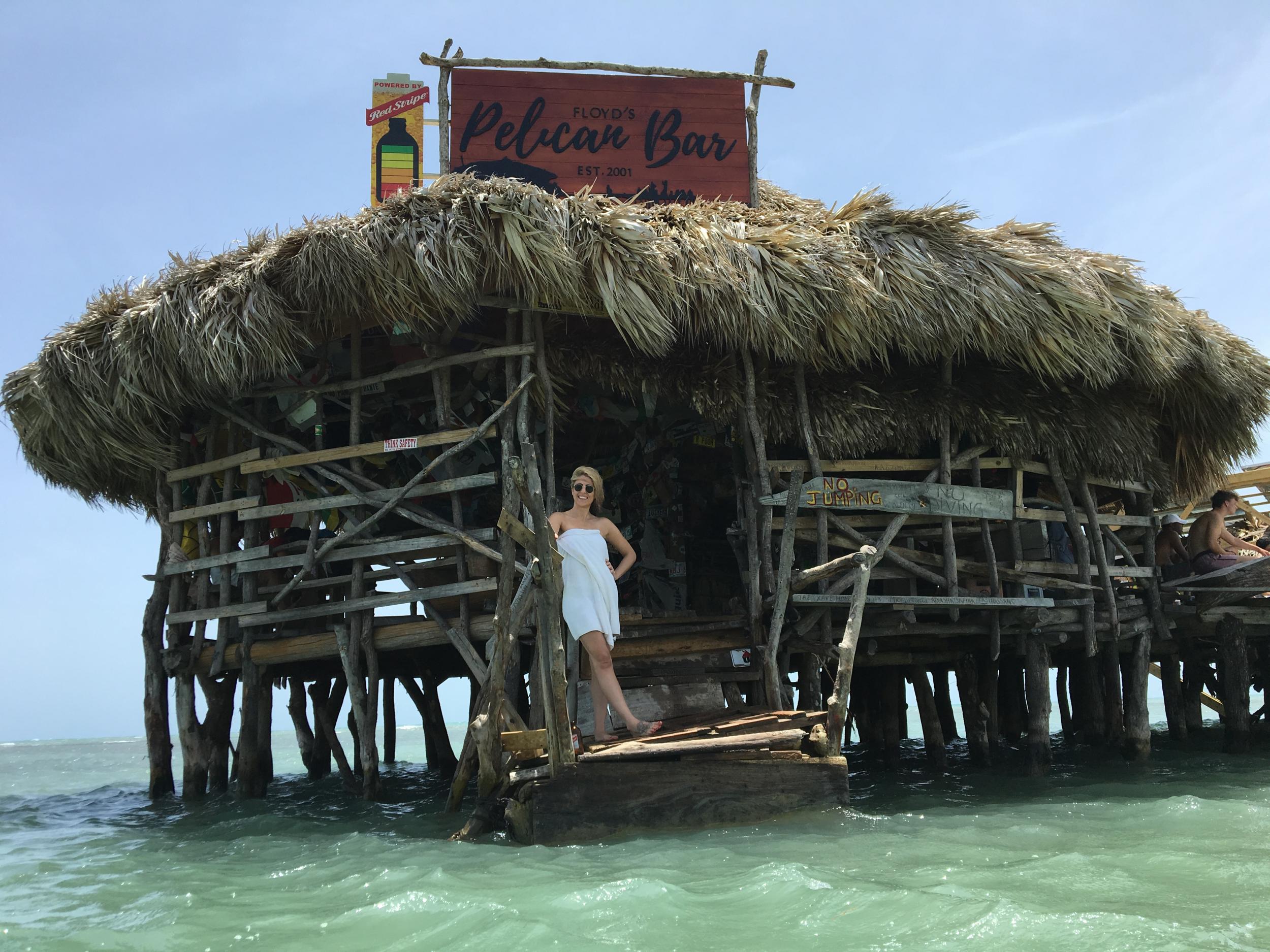 But word of mouth and online photos from past visitors have changed that. The flotsam of tourists – the number plates, T-shirts, flags and sports paraphernalia that always seem to accumulate in landmark watering holes the world over – hang from every surface, flapping in the constant breeze. Today, there’s just a handful of other people here.

Rum punch in hand, I settle into a shady corner, watching our tiny yellow wooden boat bob up and down, absentmindedly tracing the names of previous visitors carved into each board. A crab scuttles across the deck and drops into the sea just behind where our captain and friends sit playing dominoes. Improbable and perfect for its imperfections, the place just feels right. There are few better places in the world to drink rum. And of the many things Jamaica does well, rum surely must come near the top of the list.

“You are what, someone who has been here for a day?” says Joy Spence, a woman who can certainly claim to know a thing or two about good rum. “You just need to be here for an hour to know that Jamaicans have a culture of pride and determination. We are bold people, we’re passionate. Rum is an expression of that culture.”

It’s because of Joy that I’ve journeyed to this part of the island. Far beyond the sun loungers and mega-hotels of Montego Bay and Jamaica’s other famous tourist hotspots, the pace in St Elizabeth is decidedly more relaxed. In place of hotels, there are small guest houses. Rural villages, sand dune lined beaches, limestone hills and lush tropical forests abound. And it’s because of this typography that Appleton Estate Rum made its home here – in the Nassau Valley to be specific – 265 years ago.

“The landscape down here is just so different from everywhere else,” says Joy. “So many Jamaicans even have never come down to this side of the island. But the minute they hit the top of that hill coming down to the estate, they’re in awe. I say this is the most beautiful place on the planet. You wouldn’t believe that anywhere could be so lush.” 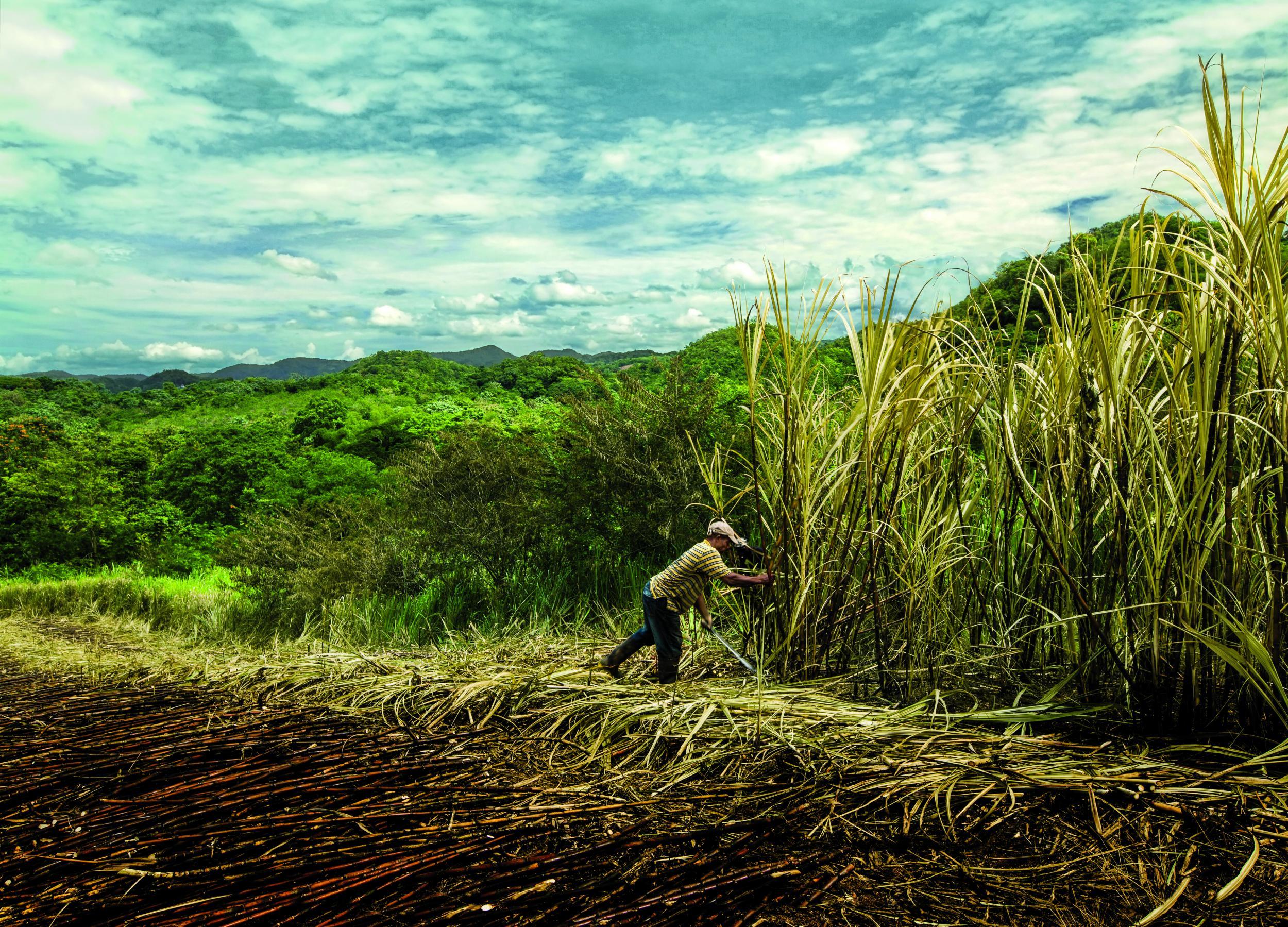 Joy is leading me through what it’s hoped will become a major draw for travellers to this quieter, more rural part of Jamaica – a new distillery and visitor tour named in her honour. A pioneer, Joy became the world’s first female master blender when she took the helm at Appleton 21 years ago. Most recently, she successfully helped Jamaica fight for geographical indication (GI) approval for its rum, meaning any rum that claims to be Jamaican now must adhere to strict production and quality standards, including a ban on any additives.

“Jamaican rums are rich and flavourful. We are known for being bold,” says Joy as she leads me and other guests in a tasting of the range. The new Joy Spence Appleton Estate Rum Experience guides visitors around the oldest sugar estate in Jamaica. From cane to cocktail, Appleton controls 100 per cent of the process, from growing its own cane to using water from its own spring. 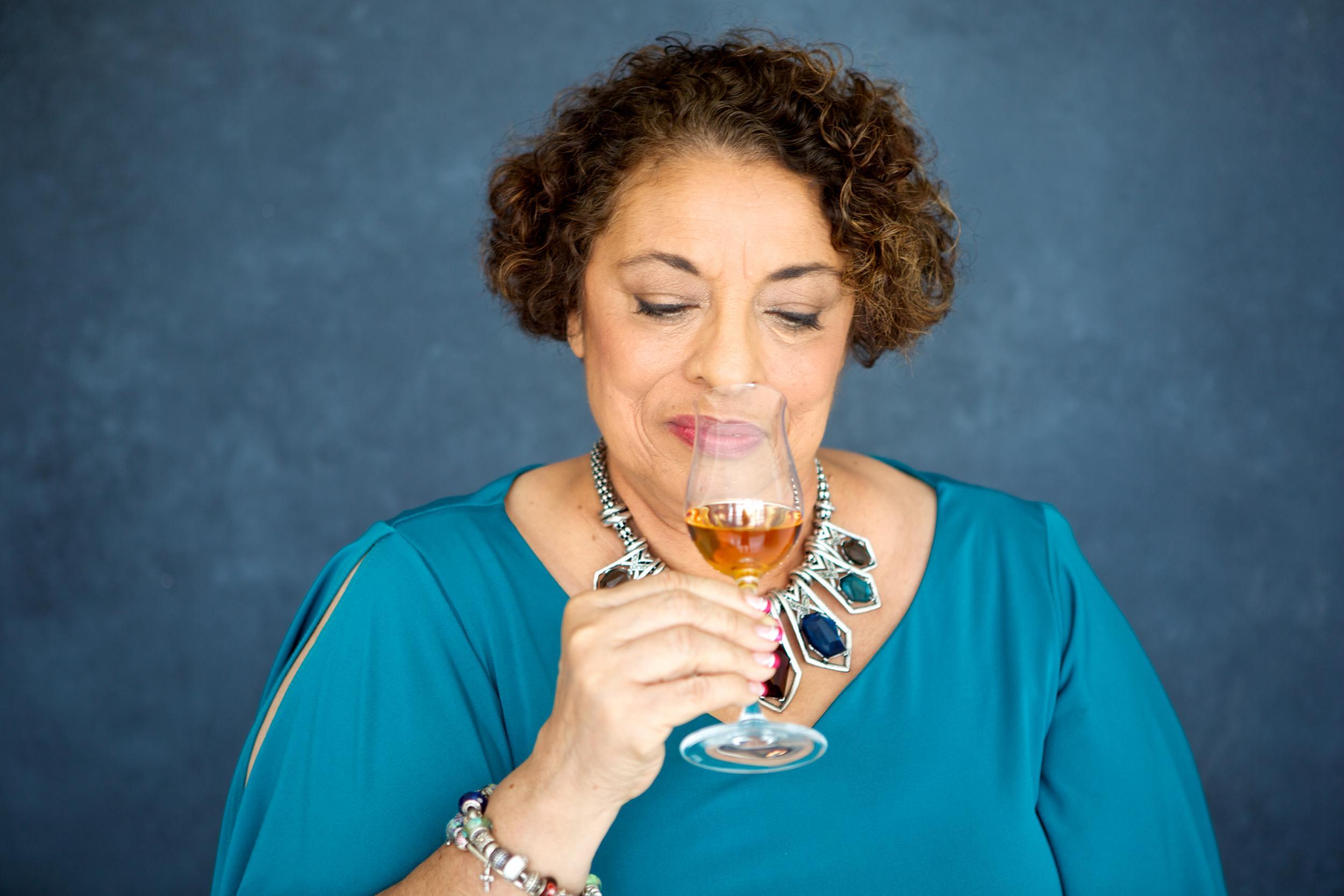 “We’re on a mission to improve the perception of rum globally,” says Joy. Timing-wise, it makes complete sense. With rum sales significantly on the rise, this year reaching the £1bn mark in the UK for the first time, Jamaica is reclaiming its national spirit.

Up until now, there’s been little global regulation of the rum industry, with its image often stuck in a time warp between pirate’s grog and disco juice for brightly coloured tiki drinks. But the focus of the new tour is quality.

What can you expect when tasting? A combination of column and pot-still distillation lends vanilla, coffee and Appleton’s signature orange peel top note to the spirit. In this tropical climate, rums age three times as fast as, say, a barrel of scotch in Scotland. 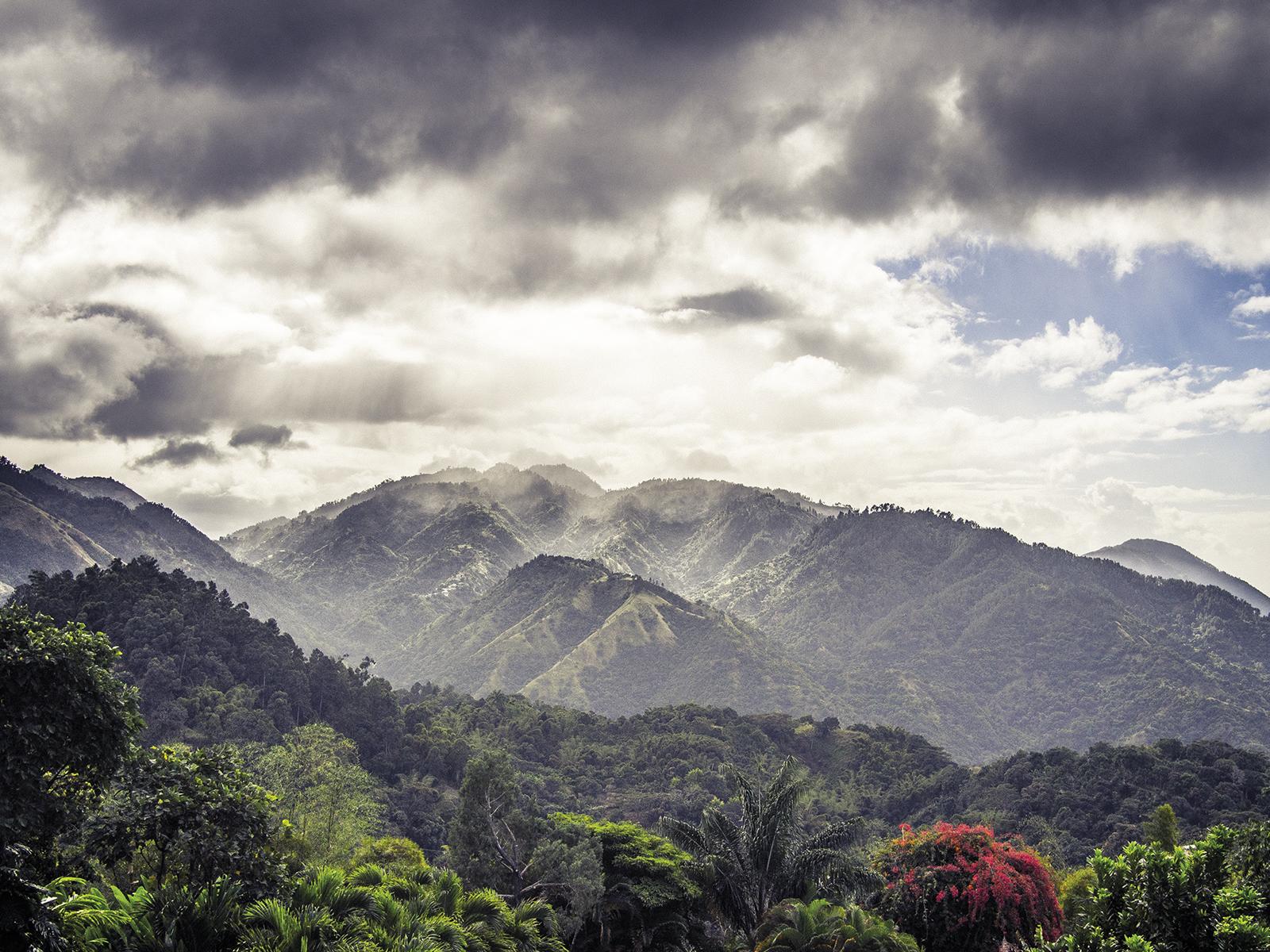 “Who would have thought rum could be so sophisticated and complex?” says Joy as she swirls a glass of 12-year-old Rare Blend, good enough for sipping. “It’s comparable to any cognac or fine scotch.”

But part of the lure for visiting has to be the setting. Dropping down into the valley, after driving another hour from Treasure Beach where we moored our boat, the landscape changes. Rising above the cane-filled valley floor are a number of the conical hills the Cockpit Country area is famous for. Water filtering through the limestone means the waterfalls and rivers here run vivid blue. In fact, a stop to cool off at the nearby YS Falls is a must before a distillery tour.

On the ride back through Black River – where you can tour the river itself to spot crocodiles among the mangroves – we stop for food. You’ll find numerous famous pit stops along the road. Head to Border for bammy (a flatbread made from cassava) and fried fish, or Middle Quarters for pepper shrimp. 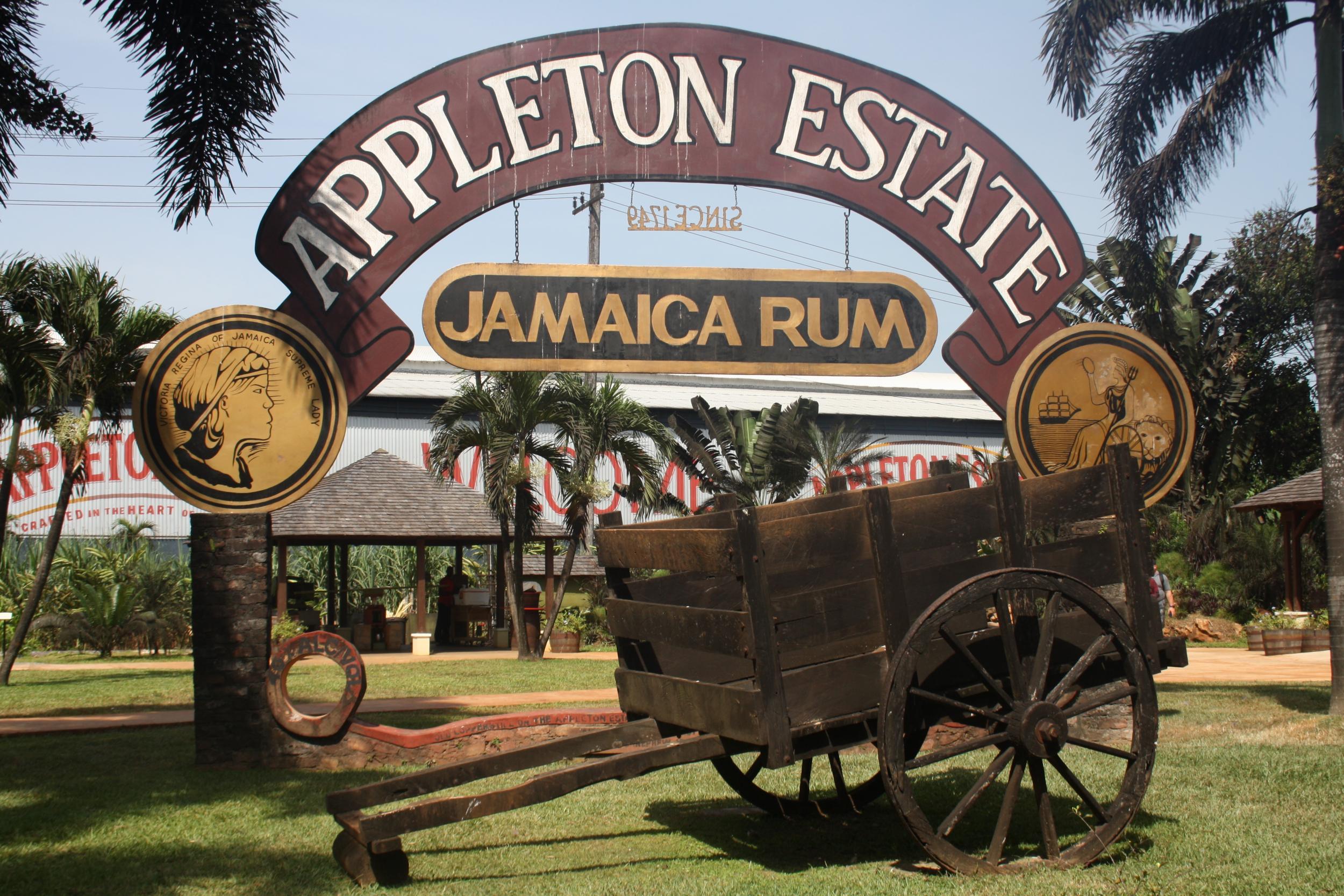 But the beach is calling. Having ordered jerk conch from an oceanfront shack that charges by the pound, I’ve taken my drink to a spot by the water. They give you the whole bottle of rum round here, to mix as you like. With reggae floating across the beach alongside the smell of spices, it’s the second time in a day that I feel the need to declare: there are few better spots in the world to sit and nurse a glass of rum.