Judging by the outrage generated by Gillette’s “toxic masculinity” ad campaign, the shaving company – or rather its marketing department – is one step ahead of society, or at least certain parts of it. But the brand may not be wildly out of step with its founder, King Camp Gillette.

In 1894, around the same time that he was perfecting his design for a disposable razor, the Chicago-raised businessman published The Human Drift – a pamphlet advocating a socialist urban utopia, unearthed and excitedly shared on Twitter last week.

Gillette proposed replacing all North America’s cities with one giant city, built above, and powered by, Niagara Falls – an extreme version of the high-density designs advocated by many urban theorists and “re-wilding” conservationists today.

“Under a perfect economical system of production and distribution … there can be only one city on a continent, and possibly only one in the world,” he wrote. While citizens might temporarily occupy countryside or coastal dwellings for field labour or pleasure, the city, named Metropolis, would be their only permanent home, housing at least 60 million people at any one time.

Gillette described an urban area stretching from Niagara Falls around 60 miles eastwards into New York state, and a similar distance westwards from the falls into Ontario. His vision for renewable power might be considered ambitious even today. 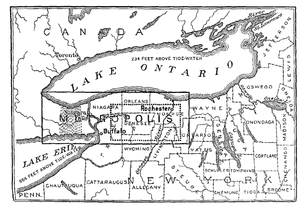 “Here is a power,” he wrote of the waterfalls, “which, if brought under control, is capable of keeping in continuous operation even manufacturing industry for centuries to come, and, in addition supply all the lighting, facilities, run all the elevators, and furnish the power necessary for the transportation system of the great central city.”

The entrepreneur’s plans for “mammoth” apartment buildings could be considered equally ahead of their time. While some of his chosen materials – fire-brick, for example – would not win favour today, he included them for durability. Gillette also had a modern approach to the use of natural light: his planned apartments stack up around a circular atrium, topped with a glass dome.

Glass featured heavily in his novel network of utilities, public transport and walkways. Accessible and transparent corridors, supported by steel pillars, would snake around the city holding its sewage, heating, cold-air and electrical systems. Atop this network would be more glass corridors housing public transport, and above those, covered pavements. Long before Jane Jacobs protested against car-worshipping urban design, Gillette insisted that bikes would be the only private vehicles in Metropolis.

Perhaps anticipating the charge that his designs were too functional, he described artificial parks with domes of stained glass, urns of flowers and artworks. He wrote: “Here would be found a panorama of beauty that would throw into shadow the fables of wonderful palaces and cities told of in the Arabian Nights.” 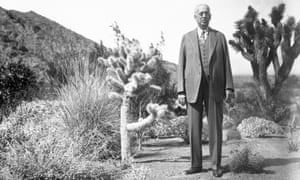 Although many of these ideas can be seen in later concepts and designs by other planners and architects, it is not clear how many people knew of the pamphlet, which soon fell into obscurity. His radical economic vision may be partly to blame: Gillette planned for one “company” to produce, manufacture and distribute the necessities of life in Metropolis; and crucially, there would be no money.

“If the plan outlined could be understood by the masses,” he wrote, “enthusiasm would amount to such a pitch in the excitement and desire to see Metropolis completed that millions would enlist their services for an indefinite time to forward its building, and all they would ask would be soldier’s fare and clothing.

Minnesota Experimental City: the 1960s town based on a comic strip

“What would money be to them, when the near future would see it pass into the oblivion of an ignorant age?”

Whether Gillette had too much faith in humanity – perhaps something his brand could be accused of in 2019 – or too much faith in his own plans, it’s hard to say. Maybe a moneyless city was just too tough a sell for a self-made millionaire.