Hotel giant Radisson Group is planning to open 10 properties in Saudi Arabia in the next 12 months, with a particular focus on the kingdom’s capital Riyadh.

Basel Talal, regional director for Saudi Arabia, Kuwait and the Levant at Radisson, told Arabian Business the company has “huge” expansion plans for Saudi Arabia. The group’s current portfolio in the kingdom consists of over 45 hotels, resorts, and serviced apartments in operation and under development. 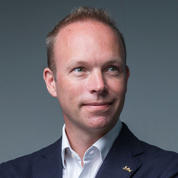 The total number of hotels in the kingdom, including operational and under development, is set to reach 40

He said: “The portfolio is very rich, the pipeline is very rich, and we have a very busy couple of years coming ahead. I would say the coming six months are going to be very critical for us to put all of these openings on track and open all of them.”

As part of the group’s ambitious five-year plan, the Radisson brand will be introduced to Saudi Arabia for the first time in Q1 2021 in the shape of the Radisson Hotel, Riyadh Airport, which will consist of 477 keys as well as conference space spanning 2,600 square metres. 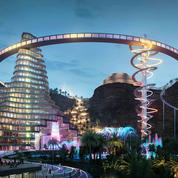 New mega tourism projects will occupy an area in excess of 64,634 sq km over the next decade

The end of Q1 next year will also see the opening of the company’s second luxury brand hotel in the capital, Mansard Riyadh, a Radisson Collection Hotel and Residences.

Talal said: “Riyadh is a key market for us.”

Further openings are planned in the holy city of Makkah, where deals for three hotels have been signed in one location, with 1,040 rooms; as well as hotels planned in Qurayyt and in the north of the country and in the Al Khobar area.

Talal insists the openings will be going ahead, despite the country, region and wider world being in the grip of the coronavirus pandemic.

“Once things are quiet, the worst thing you can do is go quiet. I think you have to really invest and take that money into renovation or open the hotel, because after each bottom there’s a peak and when the peak happens you want to be ready with your product and your new hotel.”

Saudi Arabia has registered the highest number of Covid-19 cases in the GCC, with over 336,000 infections reported since the onset of the pandemic, which has so far claimed the lives of almost 5,000 people in the kingdom.

As part of strict measures to control the spread of the virus, international travel is still forbidden by the government, although Talal revealed the domestic tourist industry is booming in parts of the country.

He said: “It was the backbone of everything we have done for the last six months, basically. We saw this in locations where it was pretty much ready for staycations, like resorts and residences. These are the top performers.”

Talal explained that the Eastern Province, in particular, has been performing well, although he conceded that the market in Riyadh, which relies heavily on business tourism, is currently “stagnant”. And despite the holy city of Makkah reopening to Umrah pilgrims earlier this week, he played down its immediate impact – Radisson’s two hotels in the city are set to reopen on November 1.

He said: “We don’t see business in Makkah in the long-term within three, four or five months coming back to normal because of the restrictions from the government on the number of people who can use the facilities.”