On his way to work every day, Daniel Yan, 29, a civil engineer, leaves his modest two-bedroom apartment in Macau’s Coloane neighbourhood and passes his new neighbour: the 13 skyscraper, touted as the world’s most luxurious hotel.

The 13 opened at the end of August at a total cost of $1.6bn (£1.2bn) and features 200 multi-level villas ranging in size from 2,000 to 30,000 sq ft. At 23 storeys of royal red and crystal, it stands out amid the residential tower blocks, with a diamond-like ornament spanning 20 metres topping it off to make extra-sure no one misses it. 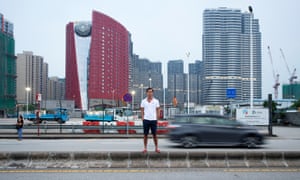 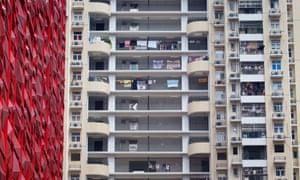 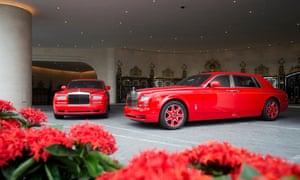 “The 13 does seem a bit over the top,” says Yan. “To build a hotel like this in a residential area seems strange as it’s quite far from the casino strip.” Across the road is a public housing site. “The contrast is quite stark.”

Since 2002 – when Macau, nicknamed “the Las Vegas of the east”, liberalised casino licensing and opened the industry to foreign investment – inequality has become increasingly extreme in the tiny city. At just 30.5 sq km (11.9 sq miles), Macau’s wealth and poverty exist in close proximity, with golden skyscrapers towering over crumbling apartment blocks.

Already the world’s most successful casino hub, Macau will, the International Monetary Fund has predicted, overtake oil-rich Qatar to become the richest place on Earth by 2020. Last year the government announced fiscal reserves totalling $6.2bn, with about 80% of revenue coming from gaming-related taxes. Yet despite the city’s enormous wealth and small population of only 653,100, poverty is still a pressing issue. 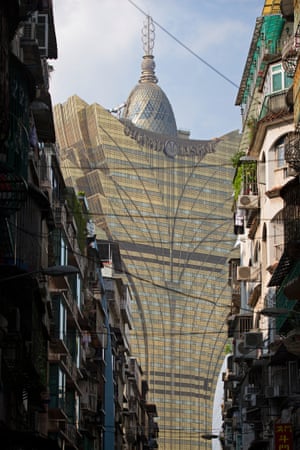 Though no official statistics are kept, Paul Pun of the charity Caritas estimates that around 10% of Macau’s population live in poverty, with 4% struggling to put food on the table. “We believe the wealth gap is wide,” he says. “The reason is simple: the wealth stays with just a few big casino enterprises. We locals live in mostly very small spaces – quite the opposite of the luxury buildings. It’s two different worlds.”

Inequality is particularly present among the city’s more than 180,000 migrant workers, who have no minimum wage enshrined in law and often no standard contract. Originally from Indonesia, Roy Wardha, 38, works as a chef six days a week, earning 8,000 patacas ($990) a month. She shares a 400 sq ft apartment in the Sam Can Tang neighbourhood with 11 others, renting a bunk bed, which including bills, comes to 1,200 patacas a month.

“Sometimes I’m unable to get any sleep because there’s constant distractions; someone’s always going to toilet and things like that,” she says. “Sometimes we have to share each bunk bed because there [are] not enough for everybody.”

She also sends 3,000 patacas a month home to her family in Indonesia. Wardha earns a higher salary in Macau than she would there, which is why she has stayed for 10 years – but still less than a local. “I wish life was more fair in Macau. I’d like it if we could be paid the same salary as citizens.” 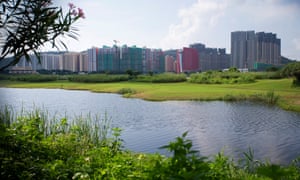 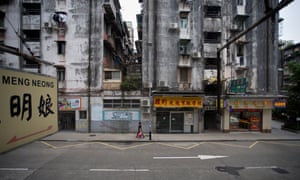 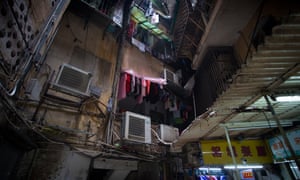 Wardha shops for groceries at a nearby market between 6pm and 7pm, when they are reduced for clearance. She and her friend Ratna Khaleesy, 39, a fellow Indonesian migrant worker, have visited the casinos just to see inside. “Some of the hotel rooms cost more for one night than I earn in a month,” says Wardha. “It’s impossible for me to stay or dine there.” 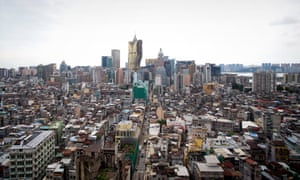 Hoi Kwan, 50, an unemployed mother-of-two who has been in Macau for more than 30 years and lives in a 300 sq ft apartment, receives close to 10,000 patacas a month from the government but still struggles to provide for her children owing to the high cost of living. “It’s difficult sometimes to put food on the table for my kids,” she says. “I have to try and save every penny.”

Aside from 1,800 patacas a month for her mortgage, Kwan says her biggest costs are her children’s education, food, and utilities like electricity – the bill for which rapidly climbs in the summer heat. “My children say ‘Mum, I can’t stand it, we need to have the air conditioner on’, but I’m scared that I won’t be able to afford the bill. One month it came to 1,000 patacas.” 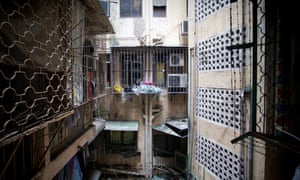 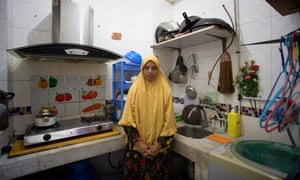 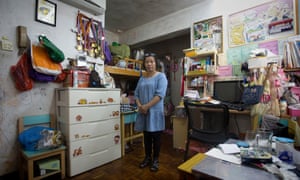 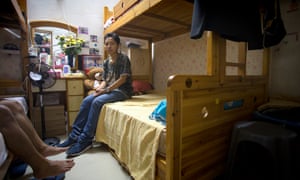 Although on the surface some people appear rich in Macau, Kwan says there are also many in her situation who have to constantly watch every penny and plan ahead. “I guess it’s good that there is some development in Macau, but I live on the fourth floor of a residential building that has no lift and has mould on the walls,” she says.

“I’m not saying that I like it, but this is my reality. Although there has been fast development in Macau, I am still very poor and the prices of everything are only getting higher.” She cites an example. “My kids were recently wanting bread for breakfast and so I did a quick calculation – one bun costs 10 patacas and so three buns would cost 30 patacas just for breakfast. It’s too expensive. I can only afford to buy bread occasionally.” 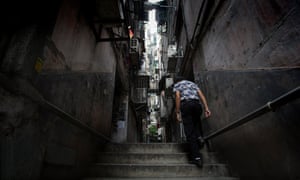 Kwan says there used to be less inequality in the city and that it was more down to earth. She hopes the government will spend some of its gambling revenue on free healthcare and affordable housing for locals.

So does Pun, from Caritas. Right now, he says, even the middle class is struggling: “Everyone in Macau should be able to enjoy Macau’s success and benefit from its prosperity, not just a small few.”

He says the government should establish a task force to foster better cohesion and spend its fiscal reserves on supporting the majority of people. The least it could do is help vulnerable people to maintain their apartments, he says, “so they don’t have to live in places that are falling apart, next door to luxury casinos.”