Although every day is coffee day for me, National Coffee Day is officially September 29. Here are a couple of ways to celebrate the quintessential beverage.

Celebrate National Coffee Day, and one of your favorite shows, by taking the Warner Bros. Studio Tour in Hollywood. Taking the Stage 48: Script to Screen tour, you get a behind the scenes tour of the film and television production process. On the production soundstage, you can pretend you’re one of the Friends’ gang by drinking coffee at the iconic Central Perk. You can even act out scenes from your favorite episodes!

In 2016, pop-up shops for Luke’s Diner, a Gilmore Girls staple, materialized all over the country in preparation for the show’s reboot “A Day in the Life.” Although it was only a one-day event, fans of the show can travel to Kent, CT and enjoy a cup of coffee from the Starbuck Inn, which is thought to be the inspiration for Luke’s.

Maybe you’re a bit more old school and enjoy the classic known as Seinfeld. If so, check out Tom’s Restaurant in New York City, where the exterior was used for the fictional coffee shop Monk’s Café on the show.

A favorite restaurant among students studying at nearby Columbia University, Tom’s Restaurant served Barack Obama while he was a student of the school, and Senator John McCain while he visited his daughter, Meghan, who was also a student of Columbia.

The café has been around for over 70 years, owned and operated by the Minas Zoulis family since the 1940s.

You can now live out your Audrey Hepburn dreams and have breakfast at Tiffany & Co.’s new Blue Box Café. The restaurant is decked out in the trademarked Tiffany Blue and serves a variety of American classics.

According to a press release, menu items are planned to change with the seasons. Unfortunately, the restaurant can only seat 40 people at once, so be prepared to wait.

Maybe a relaxing day at the spa is more your style. At the Yunessun Spa Resort in Hakone, Japan, you can soak in a coffee hot spring. This hot spring is made from pouring brewed coffee directly into the ‘onsen’ or hot spring.

Make a day of it by soaking in multiple hot springs. Themed onsens include wine, tea, and even a Ramen noodle one.

If the very first Starbucks is not on your bucket list, the most beautiful Starbucks should be. The coffee giant first opened its doors in 1971 and has since taken over the world. Starbucks has finally debuted its first location in Italy with the Reserve Roastery in Milan. Although it is not the largest Starbucks, falling just 5,000 square feet short, the store will feature an Arriviamo Bar and bakery with a wood-fired oven. The design alone should lure you through the front doors if the smell of coffee doesn’t.

For true coffee enthusiasts, a trip to the Big Island of Hawaii to tour Kona Coffee is a must. Not only do you get to be surrounded by the beauty of Hawaii, but visitors will get to tour a coffee farm and taken through the coffee making process. Explore the Coffee Route/Culture in Honduras

To really immerse yourself in the coffee culture, you’ll need to make a trip to Honduras. Honduras is one of the world’s leading exporters in coffee and is famed for its coffee production. The Honduran Coffee Route allows visitors to talk to local farmers and learn about cultivating techniques and roasting practices. 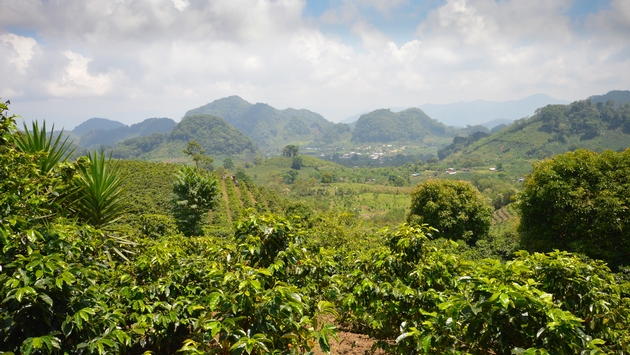 This new route will take coffee lovers through six famed production regions and showcase the variety of flavors a cup of coffee can offer. In El Paraiso, an Institute of Coffee offers seminars to educate visitors on the coffee roasting process. Here you can even learn to taste the subtle differences in a variety of brews through the ‘cupping lab.’

Party with other coffee aficionados at The New York Coffee Festival October 12-14, 2018. This festival celebrates all aspects of coffee—from live latte art demonstrations, tastings, panels and live music. Here you can be utterly immersed in the land of coffee, surrounded by other enthusiasts and learn about the latest and greatest coffee news. For those of you who are interested in the latest coffee news—especially pertaining to health and coffee—check out Vanderbilt’s Institute for Coffee Studies (ICS).

Celebrate With Those Around You

Maybe you just want to enjoy a cup of coffee from your favorite establishment? Make sure you look here for the hottest deals this National Coffee Day.