The Gare du Nord, designed by the Second French Empire architect Jacques Hittorff, opened in 1864 in the heart of the 10th arrondissement. With the Gare de L’Est station right next door, this neighbourhood is constantly bustling with travellers. And while it may not be the prettiest in Paris, it has little pockets of calm and typical Parisian charm, such as around the 19th-century Saint-Vincent-de-Paul church and the covered Marché Saint-Quentin food market.

The streets east of the station are home to Paris’s Indian community, where you’ll find countless sari boutiques and food shops (which also sell British favourites such as PG Tips and Horlicks), while to the south the once predominantly Turkish and north African enclave on the rue du Faubourg Saint-Denis is now chequered with Brooklyn-inspired bars, gourmet hotdog and burger joints, and sleek new coffee shops. 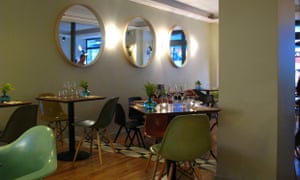 On a small street next to the market, this stylish, retro bistro is decorated in 1950s Scandinavian style with Eames chairs and teak tables. Chef Jean-Michel Rassinoux specialises in Franco-Asian fusion cuisine that’s creative without being fussy.
• 5 rue des Petits-Hôtels,+ 33 1 44 79 03 98, no website. Menus are €28 for lunch and €45 for dinner; closed weekends and Monday evenings

La Pointe du Grouin
Part of Thierry Breton’s gourmet empire (he also owns Chez Casimir next door, listed above), this bohemian tavern is a welcoming place to come with friends for an inexpensive pint or a glass of fine wine with nibbles. Don’t miss its notoriously good bread, served with a plate of charcuterie or hot winter stew.
• 8 rue de Belzunce, no phone, lapointedugrouin.com. Open Mon-Fri 8am-midnight 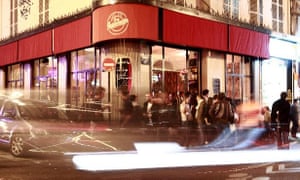 This freshly restored 1940s-era diner on the Faubourg Saint-Denis is the real deal, combining the best of the authentic Parisian character with a decidedly Bourgeois Bohemian (BoBo) crowd who pack in after work for a pre-dinner beer.
• 47 rue du Faubourg Saint-Denis, +33 1 47 70 30 89, chezjeannette.com. Open daily 8am-2am (9am Sundays) 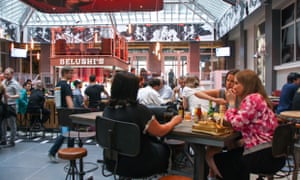 You don’t have to be a guest at Saint-Christopher’s Inn to visit its wildly popular bar, which caters to the student-hosteller crowd with multiple sports screens, two-for-one cocktail and shot specials, and Happy Hours from 5pm-10pm. Regular events include open-mic Sunday night, beer-pong tournaments, and full-moon parties.
• 5 rue de Dunkerque, +33 1 70 08 52 22, belushis.com. Open daily 10am-2am 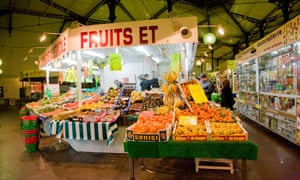 This historic covered food market, which opened in 1866, is the largest of its kind in Paris, with over 30 shops selling meat, fish and cheese alongside stands selling fresh dishes of Moroccan, African, Portuguese, and Italian cuisine that can be eaten at the tables in the centre. There’s also a gluten-free deli and a craft beer shop, as well as a traditional Parisian bar where the locals and shopkeepers stop for a coffee or a beer.
• 85Bis Boulevard de Magenta. Open Tues-Sat 8am-1pm and 3.30pm-7.30pm, Sun 8.30am-1pm 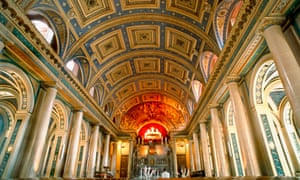 This church, also designed by Hittorff, was consecrated in 1844. It’s dedicated to Saint Vincent de Paul, whose 17th-century congregation administering to the poor and lepers of the Maison Saint-Lazare once stood here. The “scandalous” enamel plaques on the facade depicting Adam and Eve nude were removed right after the church opened, and were only restored in 2011. It has been twinned with London’s St Pancras Old church – close to the St Pancras Eurostar terminal – since 2007
• 5 rue de Belzunce, paroissesvp.fr 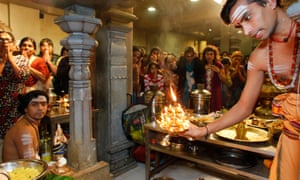 At the north end of the Gare du Nord, just past the elevated metro line, is a colourful Hindu temple dedicated to the god Ganesh. This humble temple organises the popular annual Fête de Ganesha parade through the neighbourhood (the 20th annual festival will be in September 2015). To have a peek inside, be sure to leave your shoes at the door and bring a fruit or flower offering.
• 17 rue Pajol, +33 1 40 34 21 89, templeganesh.fr. Open daily 9.30am-8.30pm, services at 10am, noon and 7pm

Choisy-le-Roi/Le Manoir de Paris
The rue de Paradis was the historic centre for crystal and porcelain showrooms in Paris. Some shops are still open but the art-nouveau facade and courtyard are all that remain of Choisy-le-Roi, the headquarters of the Boulenger dynasty that produced industrial ceramic tiles from 1804-1987, including the iconic Paris Metro tiles. Today, it’s home to the Manoir de Paris attraction (a kind of Parisian London Dungeon), a haunted house of Parisian legends such as the Phantom of the Opera and the Man in the Iron Mask.
• 18 rue de Paridis, lemanoirdeparis.fr. Adults €25, children up to 16 €20 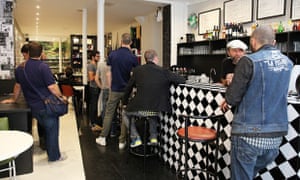 A new concept in Paris, the Walrus is both a record shop and a bar that organises regular concerts and events. The musical tastes lean towards indie, rock and pop artists; on sale are both CDs and LPs, as well as books, band T-shirts and concert posters; and the bar serves coffee, juices, regional beers and even Brooklyn lager on draught.
• 34 ter, rue de Dunkerque, +33 1 45 26 06 40, Facebook page. Open Tues-Thurs 9am-10pm, Fri-Sat 9am-9pm and Sun 3pm-8pm 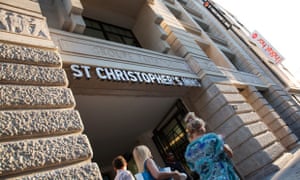 This spacious, purpose-built youth hostel opened in 2013 and includes private rooms and dorms (some female-only), where each bed has a curtain, locker and electric outlet. Rates include Wi-Fi, linen and breakfast, and tickets are available for group tours of Paris and Versailles. It’s home to Belushi’s Bar (listed above), which makes this one of the liveliest spots in the neighbourhood, so book early to get the best rates
• Beds from €27.90pp, doubles from €88. 5 rue de Dunkerque, +33 1 70 08 52 22, st-christophers.co.uk

Mademoiselle Hotel
This stylish boutique hotel is a breath of fresh air in a neighbourhood known for its outdated dives and soulless chains. Rooms (from €134) are elegantly decorated, with air conditioning, iPod docks and bath robes. Deluxe rooms have king-sized beds. Spa facilities include steam room and sauna, while the breakfast buffet includes both sweet and savoury selections and is reasonably priced at €15pp.
• 7 rue des Petits Hôtels, +33 1 42 46 33 00, hotel-mademoiselle-paris.com