Since the historic swimming pool closed two years ago, €16.5m has been invested in its reconstruction, during which the 33-metre pool was completely demolished and rebuilt according to the original designs. 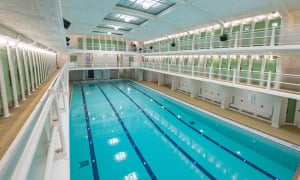 The public pool, on rue Hermann Lachapelle in the 18th arrondissement, was first opened to the public in 1930. It was built by architect Henri Sauvage, a leading figure in art nouveau and art deco design, who made his mark on Paris with buildings ranging from public housing to the La Samaritaine department store. 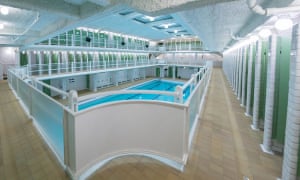 It underwent upgrades and changes in the 1980s and 90s and was classified as a historic monument in 1991 before closing in August 2015. The reconstruction was overseen by François Chatillon, chief architect for Historic Monuments.

The pool is lined with the same tiles used in the Paris Metro and is surrounded by two stories of balconies with 164 cabins – the doors to these have also been restored to their original green colour.

The reconstruction is part of the Plan Nager in Paris, which aims to improve swimming facilities in the city.