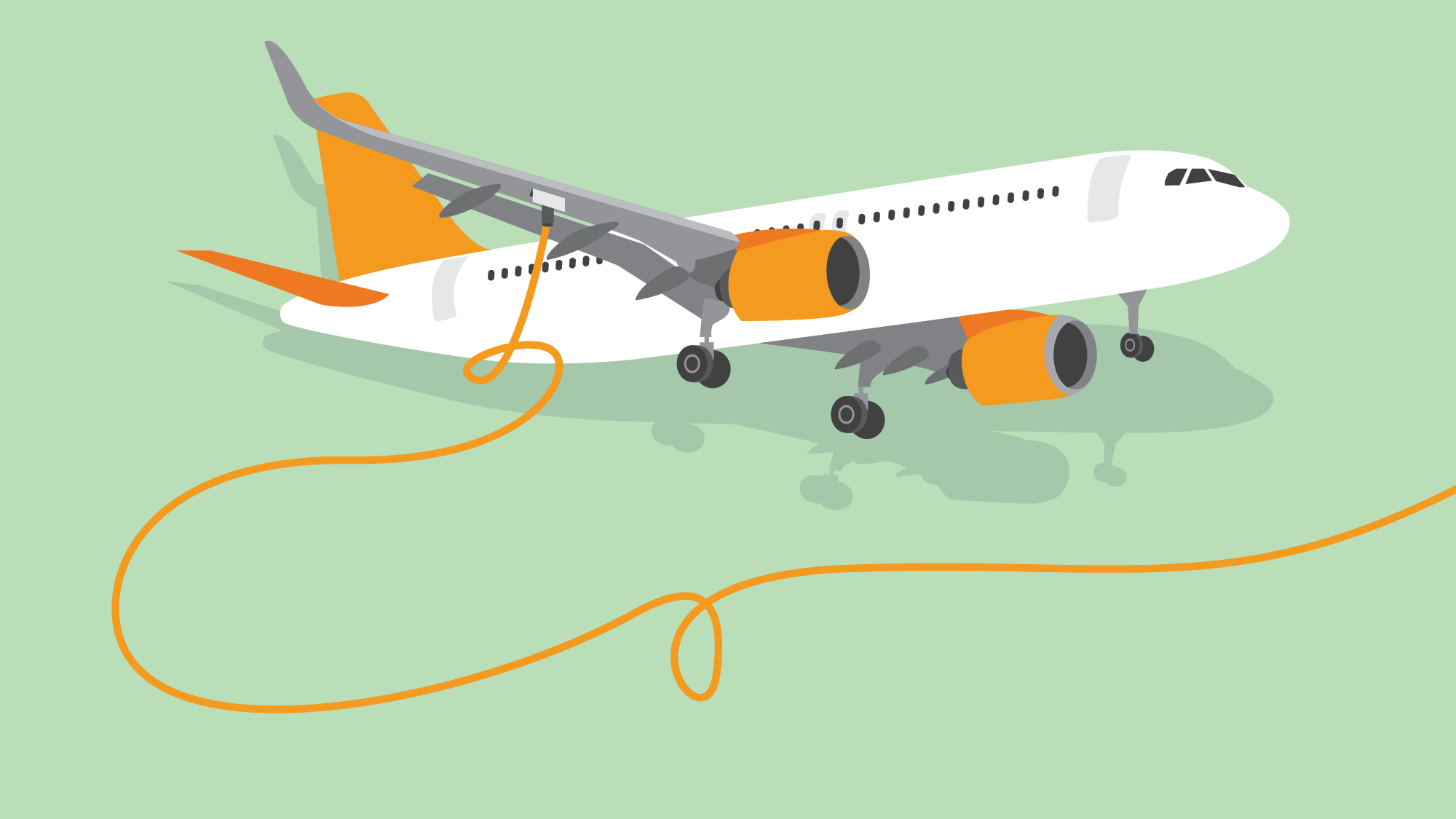 Though its still a drop in the bucket compared with conventional jet
fuel, the use of sustainable aviation fuel is poised to increase. (From May 2019.)

Sustainable aviation fuel (SAF), is the solution for greening air travel that is the readiest for adoption, is one of the four technologies that Breakthrough Energy Catalyst will initially focus on.

American has pledged to reach net-zero carbon emissions by 2050, a commitment shared by the trade group organization Airlines for America, of which it is a member.

Early this month, the White House unveiled a plan, backed by airlines, for the U.S. to produce 3 billion gallons of domestic sustainable-fuel production by 2030, up from the mere 4.5 million gallons that will be produced this year.

The administration is also targeting enough sustainable-fuel production by 2050 to meet all aviation fuel demand, which is estimated for that year at 35 billion gallons.

“We have an ambitious vision of a low-carbon future for our airline and a plan to match, but we know our own efforts can only get us so far,” American CEO Doug Parker said. “By working in partnership with Catalyst, we’re helping accelerate and scale our industry’s nascent solutions, like sustainable aviation fuel, along with other technologies that will be necessary to reduce emissions from aviation and across the economy.”