Wizz Air Abu Dhabi may only just have announced its inaugural flights and destinations as it prepares to take to the skies for the first time next month, but the low-cost carrier’s managing director, Kees Van Schaick, has revealed ambitions to double its fleet by the end of next year.

The newest airline in the UAE will take off on January 15, destined for Athens, and follow that up with flights to Thessaloniki from February 4.

The carrier, a joint venture between Abu Dhabi-based holding company ADQ and Wizz Air Holdings, currently has a fleet of three brand new Airbus A321neo aircraft, but Van Schaick told Arabian Business expansion is very much on the cards, despite the ongoing coronavirus pandemic.

He said: “We can make all kinds of expectations and projections. I’m a bit careful there. It wouldn’t be a surprise if we have at least four to six aircraft flying in year one, but again time will tell whether the circumstances allow us to make these aircraft utilised.

“We will only bring aircraft assets to the UAE if it makes sense from a customer and a shareholder point of view. We are, of course, looking at how this part of the world will recover, we do think the GCC will recover fairly soon, or relatively soon, as compared to far away international travel, like the US or Asia.”

Wizz Air Abu Dhabi officially received its Air Operator’s Certificate – regulatory approval to operate the airline commercially – back on October 12, but various restrictions enforced by authorities in Abu Dhabi over international travel, particularly the ruling for visitors to the emirate to undertake a 14-day period of quarantine, saw the launch delayed. 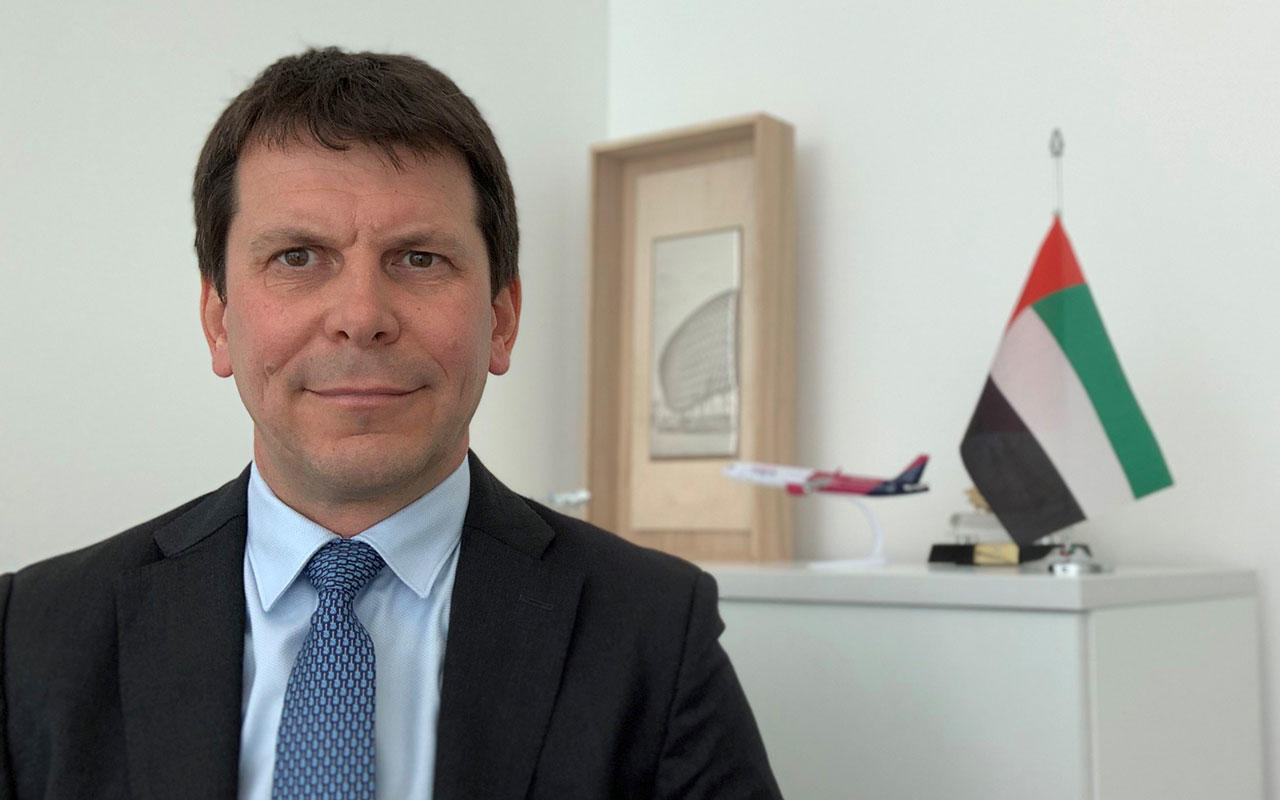 However, authorities have since relaxed the rules with travellers from countries on a ‘green list’ no longer required to self-isolate upon receiving a negative PCR test on arrival.

The move has, unsurprisingly, been warmly welcomed by Van Schaick, who said: “We have the assets and we have the crew and we’re really jumping for joy that we can start putting that to good use.”

Currently Wizz Air Abu Dhabi, which Van Schaick described as a “short-haul point-to-point airline” flying in a “five-hour window around Abu Dhabi”, has a staff of around 100, including cabin crew and pilots. It initially announced a route network that also includes Alexandria, Kutaisi, Larnaca, Odesa and Yerevan. Flights to these cities will launch as each destination joins the ‘green countries’ list.

And he revealed that flights to Israel are very much part of the company’s future plans. Currently Flydubai operates flights to the Israeli capital Tel Aviv, with Etihad Airways following suit from March 28.