Don’t panic! Ban on free alcohol at all-inclusives in Majorca and Ibiza won’t come into force until 2020

A ban on unlimited alcohol in all-inclusive resorts in Majorca and Ibiza won’t come into force until at least 2020.

The Balearic government has been writing to travel agents and tour operators in Britain and Germany to give advance notice of the controversial changes which, it is claimed, will help cut out drunken tourism and ‘uncivic behaviour’ in the leading party resorts.

Tourism chiefs say they still intend to implement the new rules, which will see free alcohol served to guests only during mealtimes and then solely through waiter service. 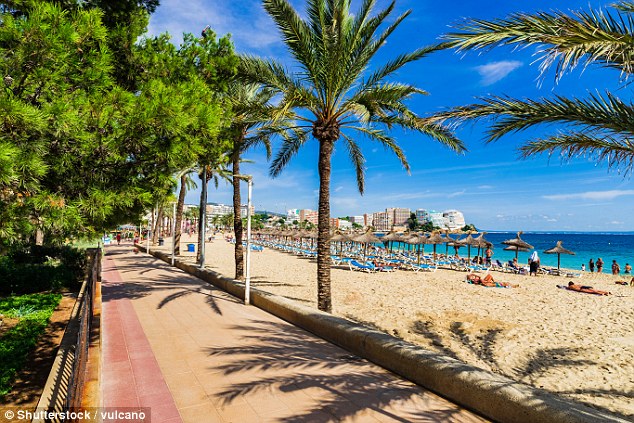 A ban on unlimited alcohol in all-inclusive resorts in Majorca, pictured, and Ibiza won’t come into force until at least 2020

But the only concession being offered is that the changes will not come into force for another two years, giving the tour operators and travel agents plenty of time to do new deals with the hotels and change their brochures and offers.

This is because the tourism department concedes that many tour operators have already signed deals with hotels for 2019, hence the extra year.

Letters have been sent out to the Association of British Travel Agencies and the German Travel Association (DRV).

In it, the Balearic Government announces its intention to ‘prohibit the unlimited consumption of alcohol in all-inclusive hotels’ because it is considered a public health issue.

The tourism department has told Abta and DRV: ‘The Balearic Island Government has drafted a legislation to ban unlimited consumption of alcohol in all-inclusive hotels. 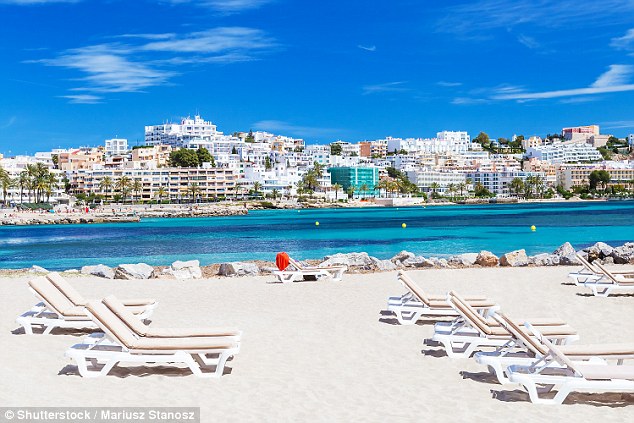 The Balearic government has been writing to travel agents and tour operators in Britain and Germany to give advance notice of the controversial changes. Pictured is a beach in Ibiza

‘One of the articles concerns all-inclusive hotels in the Balearics.

‘As we consider this a matter of public health, the new law will limit the consumption of free alcohol to meal times (lunch and dinner). In addition, the self service of alcohol will be eliminated: alcoholic beverages may only be served by hotel staff.

‘Further changes concerning all-inclusive hotels are a future ban on disposable tableware in order to reduce plastic waste and to protect the environment.’

The Balearic government says the changes will need to be covered by new legislation and this will be carried out next year.

Hoteliers fear the crackdown on all-inclusive hotels will hit them hard in the pockets, reduce competitiveness and threaten jobs.