Do YOU recognise these famous filming locations around the world? Take this quiz to see if you can name which movies and TV shows they starred in…

When a film or a TV show is a standout success, the locations they’ve been filmed in often become stars in their own right.

Here we’ve rounded up an array of iconic filming locations around the globe to put your movie and TV knowledge to the test.

Each location is famously linked to one movie or TV series in particular, from decades-old classic films to contemporary dramas of the streaming age.

Scroll down to see how many you recognise… 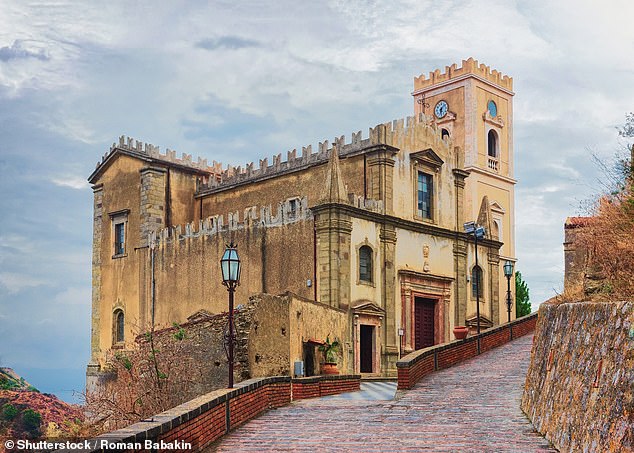 NO.1 – Which legendary crime film did this church appear in? 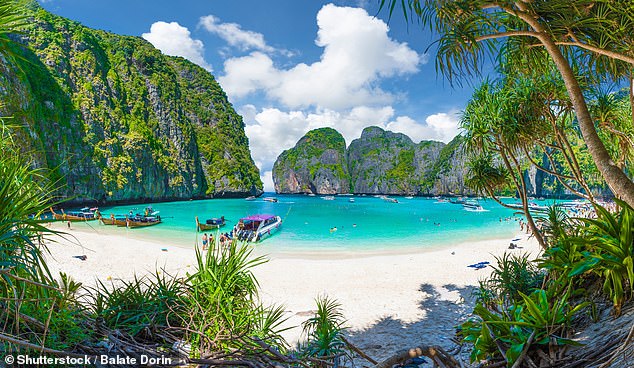 NO.2 – This breathtaking beach appeared in which noughties film?

NO.1 – THE GODFATHER: The 15th-century Church of San Nicolo in Savoca, Sicily, was the filming location of the Sicilian wedding scene of Michael Corleone (Al Pacino) and Apollonia (Simonetta Stefanelli) in the 1972 classic.

NO.2 – THE BEACH: Beautiful Maya Bay on the Thai island of Phi Phi Leh rose to fame after it was used as a filming location in Danny Boyle’s 2000 film The Beach, starring Leonardo DiCaprio. Sadly, the film’s popularity later led to over-tourism in the bay.

NO.3 – GHOSTBUSTERS: This Manhattan fire station, FDNY Ladder Eight, shot to fame after it appeared in the 1984 box office hit Ghostbusters, serving as the base from which Peter Venkman (Bill Murray), Ray Stantz (Dan Aykroyd), and Egon Spengler (Harold Ramis) conducted their ‘ghostbusting’ service.

NO.4 – TWIN PEAKS: The 270ft-(82m) high Snoqualmie Falls in Washington State appeared in the iconic opening sequence of the 1990s mystery series.

NO.5 – THE GODFATHER PART III: The steps of the Teatro Massimo in Palermo, Sicily, famously featured in the climax of 1990’s The Godfather Part III, in a scene that saw the fatal shooting of Michael Corleone’s (Al Pacino) daughter Mary, played by Sofia Coppola.

NO.6 – THE WHITE LOTUS: The San Domenico Palace hotel overlooked by Mount Etna, in Taormina, Sicily, was the setting for the second season of the acclaimed HBO series White Lotus, which aired earlier this year.

NO.7 – DOWNTON ABBEY: This grand manor, the Grade I listed Highclere Castle in Hampshire, England, starred as Downton Abbey in the hit TV and film series of the same name.

NO.8 – HARRY POTTER AND THE CHAMBER OF SECRETS: While the Glenfinnan Viaduct in Inverness-shire, Scotland, appeared in multiple Harry Potter films, its most iconic scene was in 2002’s Harry Potter and the Chamber of Secrets. It saw Harry Potter (Daniel Radcliffe) and Ron Weasley (Rupert Grint) fly over the viaduct in an enchanted Ford Anglia car just as the Hogwarts Express trundles around the tracks.

NO.9 – PADDINGTON 1 and 2: The rainbow-coloured Chalcot Crescent in London’s Primrose Hill neighbourhood played ‘Windsor Gardens’ – home to Paddington Bear in the 2014 live-action animated flick Paddington and the 2017 sequel Paddington 2.

NO.10 – STAR WARS: THE FORCE AWAKENS: This spectacular island, Skellig Michael, which lies off the west coast of Ireland, is where Luke Skywalker (Mark Hamill) resides in self-imposed exile in the 2014 fantasy film. It also went on to appear in the 2017 sequel Star Wars: The Last Jedi.

NO.11 – GAME OF THRONES: The ancient walled city of Dubrovnik, Croatia, doubled as the fictional city of King’s Landing in the second season of the wildly popular fantasy series.

NO.12 – THE SHINING: The exterior of the Timberline Lodge on Mount Hood, Oregon, was used as the Overlook Hotel in Stanley Kubrick’s lauded 1980 horror The Shining, starring Jack Nicholson as a caretaker and writer who grows increasingly violent as his sanity declines.

NO.13 – HOME ALONE: This private home in Winnetka, Illinois, is where the McCallister family live in the 1990 Christmas classic Home Alone, which sees Macaulay Culkin fend off a pair of burglars. Last year it temporarily opened to the public as an Airbnb.

NO.14 – DR NO: Dunn’s River Falls waterfall near Ocho Rios in Jamaica was the setting for a scene in the 1962 film that saw James Bond star Sean Connery and Ursula Andress, playing the iconic Bond girl Honey Ryder, cool off while being chased by villain Doctor No’s men.

NO.15 – COCKTAIL: Reach Falls in Portland, Jamaica, was used to film a romantic scene between bartender Brian Flanagan, played by Tom Cruise, and Jordan Mooney (Elisabeth Shue) in the 1988 hit film.

NO.16 – HARRY POTTER FILMS: The passageways of the historic Lacock Abbey cloisters in Wiltshire, England, doubled as the corridors of the Hogwarts School of Witchcraft and Wizardry in the film franchise.

NO.17 – ROCKY: Boxer Rocky Balboa, played by Sylvester Stallone, famously used the steps of The Philadelphia Museum of Art in a fitness training montage in the 1976 film.

NO.18 – FORREST GUMP: This is the point at which Forrest Gump, played by Tom Hanks, stops running after a 15,248-mile (24,539km) odyssey in the 1994 classic. It’s located on Highway 163 Scenic Drive just outside Arizona’s Monument Valley.

NO.20 – LARA CROFT: TOMB RAIDER: Scenes from the 2001 film, starring Angelina Jolie, were shot in the Ta Prohm temple in Cambodia’s ancient Angkor Wat Buddhist temple complex. It has since earned the nickname of the ‘Tomb Raider’ temple.

NO.21 – FRIENDS: Though the U.S sitcom was mostly shot in the Warner Bros Studios in Burbank, California, the exterior of the apartment building that the characters lived in can be found at 90 Bedford St in Greenwich Village, New York.

NO.22 – INDIANA JONES AND THE LAST CRUSADE: The temple of Al Khazneh in the ancient city of Petra, Jordan, stood in for the temple housing the Holy Grail in the 1989 action film, which starred Harrison Ford.

NO.23 – THE FRENCH LIEUTENANT’S WOMAN: The Cobb, a harbour wall in Lyme Regis, Dorset, was the setting for a poignant scene in the 1981 romance, in which Meryl Streep dressed in a hooded gown stares out across stormy waters – though a stunt double was used for the distance shots as the conditions were deemed too risky for the star, IMDB reveals. The close-ups were filmed in a studio.

NO.24 – HARRY POTTER AND THE HALF-BLOOD PRINCE: The Sign of the Angel pub sits in the Wiltshire village of Lacock, which doubles as the ‘muggle’ village of Budleigh Babberton in the 2009 blockbuster. The film sees Harry Potter (Daniel Radcliffe) and Dumbledore (Sir Michael John Gambon) pass by the pub, which has been renamed as the Babberton Arms, as they track down Professor Horace Slughorn (Jim Broadbent).

NO.25 – BIG LITTLE LIES: The title sequence of the 2017 series Big Little Lies zooms over the epic landscape around Bixby Creek Bridge on California’s Big Sur coastline. It’s a short drive from the coastal city of Monterey, where the show is set.

NO.26 – THE PRINCESS BRIDE: The Cliffs of Moher on the west coast of Ireland doubled as the ‘Cliffs of Insanity’ in 1987’s The Princess Bride.

NO.27 – THE LORD OF THE RINGS: Mount Ngauruhoe on New Zealand’s North Island was used as a stand-in for Mount Doom, a volcano in Mordor, in the film series.

NO.29 – POLDARK: These engine houses near the Cornish village of Botallack, formerly part of the Botallack Mine, were used as a filming location in the 2015 BBC series Poldark, which followed Aidan Turner as former captain and mine owner Ross Poldark. The engine houses also featured in the 1970s series of the same name.

NO.30 – JURASSIC PARK: This stunning waterfall – Manawaiopuna Falls in Kauai, Hawaii – is today known as ‘Jurassic Falls’ as it appeared in a scene in the original 1993 Jurassic Park film that showed a helicopter landing on the fictional island of Isla Nublar.

NO.31 – MONTY PYTHON AND THE HOLY GRAIL: The imposing Castle Stalker on Scotland’s Loch Laich starred in the 1975 comedy as ‘Castle Aarrgh’.