Google Maps Street View snaps all sorts of scenes as the tech giant’s cars track the globe. These spectacles can be funny, bizarre and sometimes shocking. However, not everything should always be accepted at face value.

In one photo, Google Maps has captured what, at first glance, appears to be a bad accident involving the Google car in Iran.

Behind the vehicle, a red car with two men sitting in the front can be seen.

Both the passenger and driver have their hands held up and expressions of horror across their faces.

This, therefore, leads the viewer to think perhaps a nasty accident is in the process of happening. 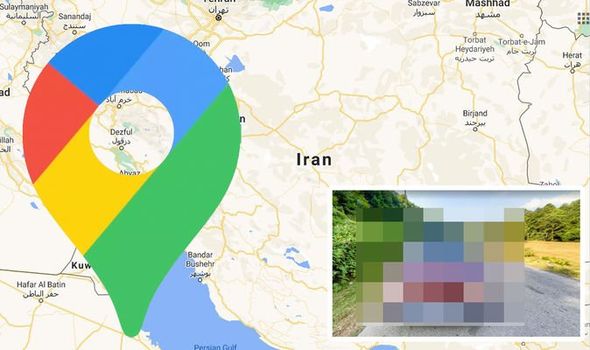 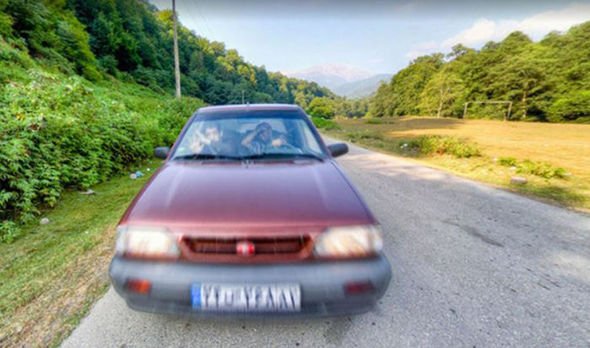 To further back this theory up, to one side of the road, two women and a child look equally shocked.

One woman is crouching with her hands on her head, her mouth wide open.

The other, still standing, has clasped her hands around her face and her jaw is dropped.

Even the little girl has her mouth covered by her hands, as though in shock.

However, is all it seems? Has a crash really taken place?

Despite the dramatic stances of all four people, it is quite clear that the group are playing a prank on the Google car.

By adopting such ‘horrified’ expressions, it seems as though a crash is taking place but in reality, the five are simply play-acting.

The red car is quite clearly a good distance away from the Google car and the road is completely empty. 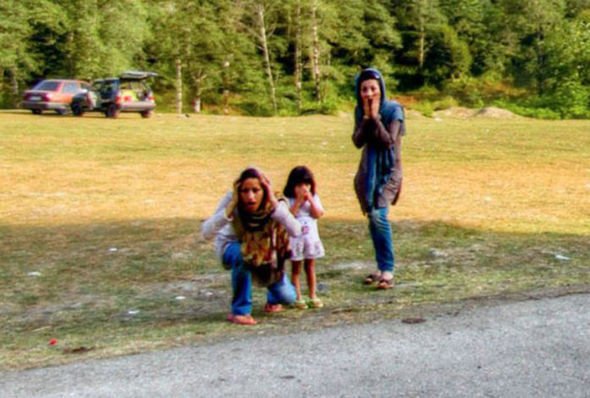 Furthermore, the actions of the group are far too forced and melodramatic to be realistic.

The pranksters certainly do a good job of mimicking a bad crash though!

The scene took place in the tiny village of Gavzan Mahallah in northern Iran.

It’s not the first time pranksters have got the better of Google Maps.

On another occasion, a trio of builders pretended a tragic accident had taken place.

The three men were snapped as the Street View car drove by – one lay on the ground while another wielded an axe above his head.

However, on closer inspection, it becomes clear that the scene has been set up by the pranksters.