Google Maps Street View is used by people to help navigate their own country down roads, streets and country terrain. More recently, the tool has been used to spot some highly unusual occurrences. The tool is usually used as an online mapping service which is owned by Google.

Sometimes the most bizarre scenes found on Google Maps go viral, catapulting the user to fame.

Other scenes found on the tool go down in history. 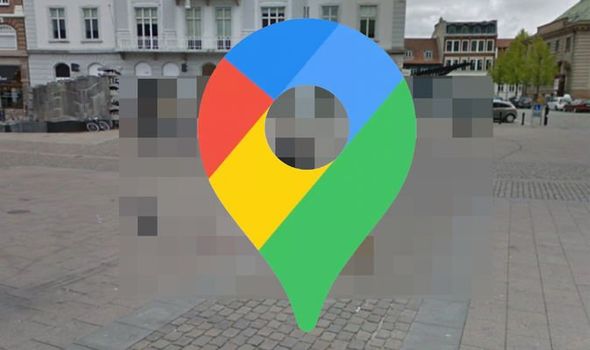 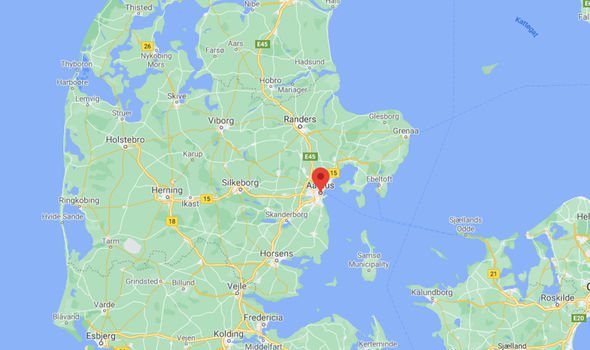 The scene takes place in what looks like a town square.

In the background, shops can be seen as well as cars and lots of people.

The shops appear to be close shops with mannequins in the window.

A modern-looking waterfall can also be seen in the background with a bike leaning against it.

To the left, a man can be seen cycling by with a suitcase.

A group of five people can also be seen walking towards the camera.

In the middle of the scene is another man stood with his face looking at the ground.

He is wearing blue jeans and a black coat, and appears to have grey hair. 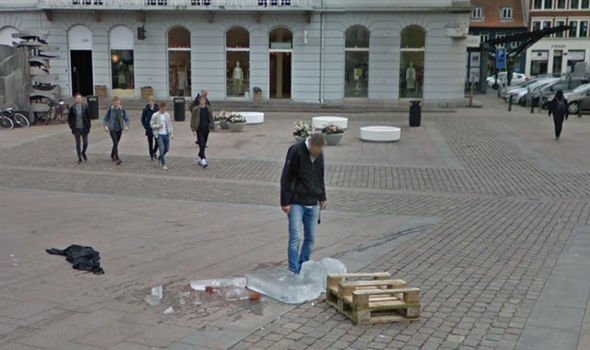 On closer inspection, it becomes clear what the man is looking down at.

The man is stood next to a pile of ice that has broken into pieces on the ground.

A wooden pallet is also next to the ice along with a black piece of material.

It seems that the man has dropped the the ice while attempting to transport it.

It’s unclear but it looks as though the ice could have been a part of a sculpture.

The disastrous accident looks as though it has left the man feeling disappointed as he looks at the ice forlornly.

The group of five people walking towards him appear to be laughing although it’s unclear as the Street View lens blurs out people’s faces.

The sight was spotted by an eagle-eyed Reddit user.

They labelled the image: “This poor guy with an ice sculpture.”