Google Maps is a popular tool and app used by millions of people around the world on a daily basis. The tool is a perfect way for users to find their way from home to the shops. Others use it go even further afar to different countries.

Often, the tool is used not only for navigation but for satellite images, panoramic views and route planning.

However, more recently the tool has been used to find some of the most bizarre, strange and embarrassing images people can find.

From dogs driving cars to people swearing on camera, the Street View lens has seen it all.

The most obscene images found on the tool can sometimes go viral on social media. 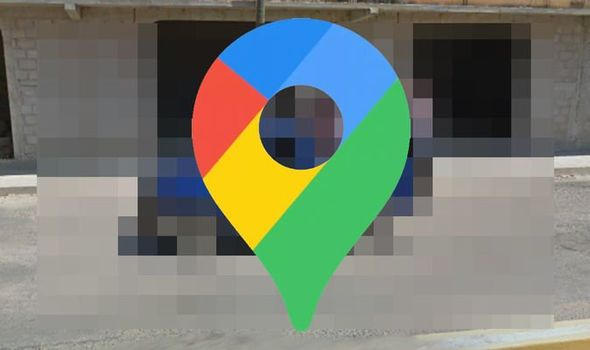 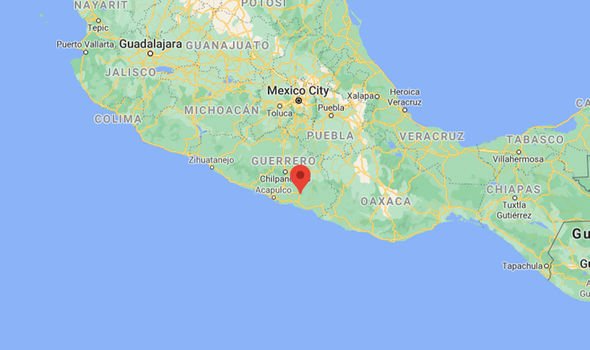 While others garner comments from people across the world.

This image unfolded on a road in Ayutla de los Libres, Guerrero, Mexico.

The sighting appears to take place on a road in Mexico with what looks like a building in the background.

Trees, shrubs and telephone poles with cables can also be seen.

A sign with the word “nacho” can be seen in the background too.

In the foreground is a blue truck with a man wearing a green shirt driving.

The pick-up truck appears to be used as a bus with multiple people on the back.

There are multiple people including older men and women on the back of the truck. 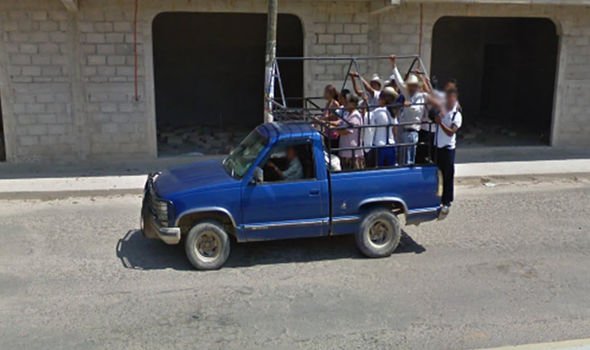 Most of the people appear to be wearing white T-shirts and wide brimmed hats.

Three women can be seen at the front of the pick-up truck, one wearing a pink T-shirt.

Three of them appear to be hanging off the back in a precarious position, holding onto a bar in front of them.

The photo was spotted by an eagle-eyed Reddit user.

The user captioned the photo: “I count 12 people in this pickup truck.”

One user said: “I am low key aggravated that the guys in the back are barely in the vehicle while the women in the front are taking up a ton of space and have their arms fully extended.”