Google Maps Street View has an uncanny ability of capturing people in some rather unusual situations. The programme works by using 3D cameras which snap images of streets and cities around the world.

In recent years it has allowed users to capture their own content and upload it to the Street View website.

This has given users of the platform a virtual insight into the interiors of buildings around the world.

However, even when it comes to user-generated content, it seems some rather weird and wonderful moments can occur.

The incident occurs in a public bathroom situated in Manchester’s Northern Quarter. 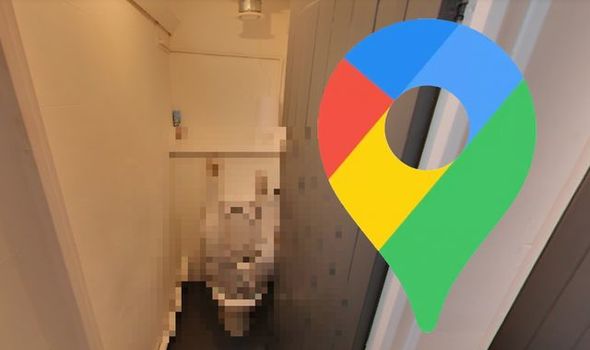 In the 3D scene, users find find themselves stood facing a row of four toilet cubicles.

To one side is a line of sinks, with a large mirror hanging above them.

To the other, one grey painted toilet door can be seen closed, while the other three remain open.

While the open doors may suggest the cubicles are not occupied, it seems this is not the case.

At the far end of the row of cubicles, one of the toilets has a rather odd occupant.

Clicking into the cubicle, the expected white toilet can be seen with the lid up.

Behind the toilet is a shelf with two rolls of toilet paper sitting atop it.

However, the person using the toilet is doing so in quite an unexpected way. 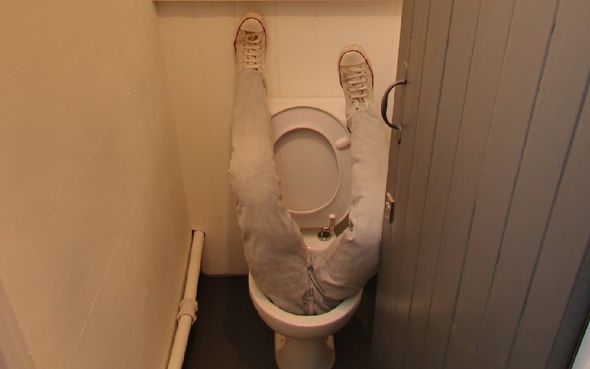 Indeed, it appears as though a person has dove head down into the u-bend.

All that can be seen are a pair of legs dressed in washed denim jeans.

On the feet are a pair of white baseball trainers.

Why or how the person got into the toilet seems unexplainable.

However, after the image was shared on Reddit, some users came up with a story behind what may be going on.

It involves the 1993 novel Trainspotting by Irvine Welsh which was later made into a film adaptation in 1996 by director Danny Boyle.

One Reddit user suggested the scene could be paying homage to the infamous moment main character Renton dives headfirst into a public toilet.

“That’s just Renton looking for the suppositories he got from Mikey Forrester,” the user wrote.