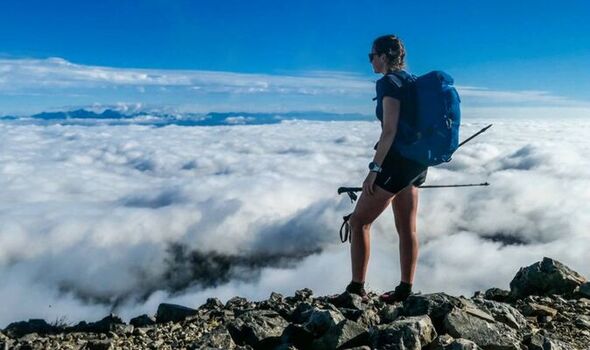 Adventurer, writer and film-maker Jenny Tough woke with a start in her sleeping bag as Jeeps screamed to a halt beside her. She was on a 534-mile solo endurance challenge, running across the Atlas mountains in Morocco – miles from the nearest village.

Now she was confronted by men with guns – shouting at her in a mixture of Arabic and French.

Jenny was terrified. The men motioned for her to get into a car exhausted but she refused.

Jenny battled weather and high altitudes “It seemed like the best option if I was going to stay alive,” says 32-year-old Jenny, a Canadian who now lives in Scotland.

Eventually, the men explained in broken English they were local police, who were convinced she would be murdered by robbers in the mountains.

They tried to persuade her to go back to the nearest village for safety, but Jenny said no.

“They didn’t believe I could survive because I was a young woman,” she says. The incident came mid-way through her epic quest to run across six mountain ranges in six continents.

“It all started when I was drinking wine one evening, looking at a map of the Tien Shan mountain range, which stretches across Central Asia,” she says.

“I wondered if I could cross it, and when I learned no one had ever run across it before, I was really excited. The idea just snowballed – why run one mountain range when you can run six?” 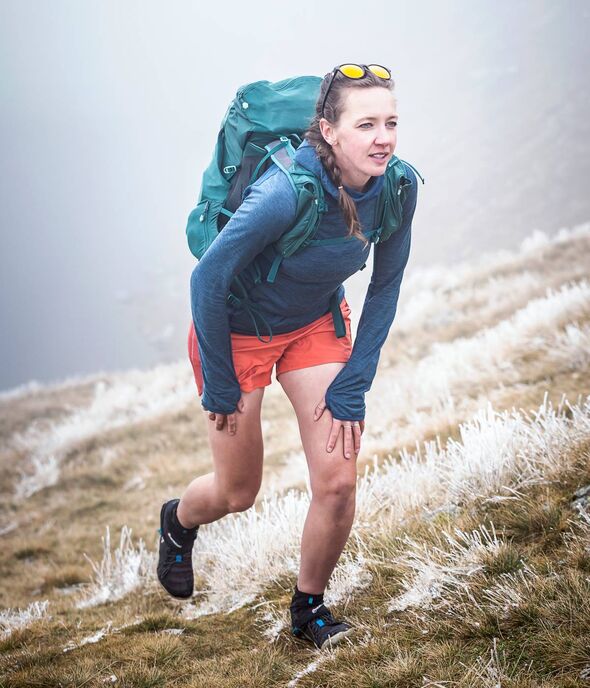 She started the challenge in August 2016 and completed the runs in a series of three-week stints, finishing in September 2021.

Along the way, she traversed the Tien Shan in Kyrgyzstan, the Atlas mountains in Morocco, the Bolivian Andes, the Southern Alps in New Zealand, the Canadian Rockies, and the Transylvanian Alps in Romania.

In total, she ran more than 2,860 miles through some of the highest mountains and most remote parts of the world. While she’d completed ultra-races in the past, she’d never taken on anything like this.

“No one had ever done this before and I wanted to be the first,” says Jenny, who self-funded her trip through freelance writing. 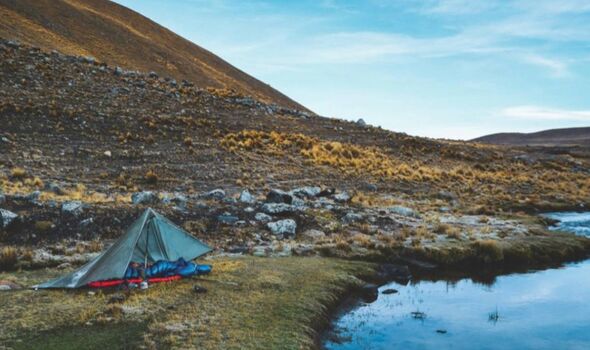 Along the way she climbed to an altitude of 24,280ft – only 2,000ft lower than the altitude where climbers need oxygen cylinders – sleeping in a tent and carrying a light backpack with only food and a camping stove.

Despite months of planning and training, she found the terrain incredibly tough.

“I got as physically fit as possible, but it was hard to know what to expect,” she says.

On her route through Kyrgyzstan, Jenny ran along narrow mountain passes, covering the distance of a marathon each day.

She admits there were times she wondered if she’d make it through alive.

“It became treacherous,” she says. “There’d been landslides, so the ground was unstable and dangerous.

“I couldn’t go back the way I came, as I knew I’d be killed in a landslide, but in front of me was a steep gorge with a river running through it.

“It was torrential white water, so I decided to climb the mountain, which was very steep.”

Dragging herself up the rock face, I thought about most but I more and clinging to small ledges with her fingers, she climbed for what felt like hours.

She knew if she let go she would fall to her death.

“Adrenaline kicked in and I kept climbing – I don’t know how long for. My arms were shaking,” she says.

When she reached the top, she broke down in tears.

“I knew I could have died,” she says.

At that moment, she vowed to quit. But that evening, a nomadic family spotted her and welcomed her into their yurt.

“They gave me dinner and we slept on mats by the dying fire. It was one of the cosiest nights I’ve ever had.” In the morning, Jenny woke with a new perspective.

“I’d been focusing on being the first person to run this route, but I decided to just enjoy the journey and get to the end safely, no matter how long it took,” she says.

So she pressed on, running through the mountains and weathering daily thunderstorms, her feet blistered and swollen.

“I saw incredible sunsets and huge skies full of stars. These are some of the biggest mountains in the world – it was humbling to be alone next to them,” she explains.

After 21 days, she reached the town of Osh, battered and bruised but in one piece. “I couldn’t wipe the smile from my face for days.”

The following year, she ran across the Atlas mountains in Morocco, before tackling the Andes, Southern Alps, Rockies and the Alps.

In Morocco, dehydration threatened her trip.

“I was surviving by drinking water from streams and springs, but in Morocco there was so little water I woke up each morning with what felt like a huge hangover,” she says.

In Bolivia she battled pouring rain and “roads like mud baths”.

She certainly faced scary moments. And along the way, many people told her she wouldn’t succeed.

She also suffered countless injuries, from blisters, cut knees and insect bites to having fluid in her lungs from altitude sickness.

“It felt like I was drowning – it was terrifying. I was supposed to rest for five days but I knew if I did that I’d miss my flight home, so I waited three days then set off,” she says.

“I thought about quitting most days, but as time went on I got more resilient.

“I never regretted taking it on alone. Lots of people said I wouldn’t be able to do it but I tried not to listen to them.”

In September 2021, she finished the final stretch of her challenge in Baile Herculane, Romania.

“I kept telling myself to be brave, but I was in agony by the end,” she says.

Looking back, Jenny is proud to blaze a trail for other adventurers – especially women.

“It completely transformed the way I think. After Tien Shan, a small seed of confidence began to develop inside me,” she says.

And she can’t wait for her next adventure.

“I learned I’m tougher than I think.”