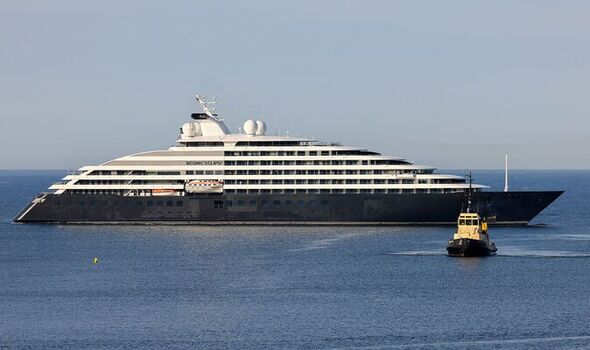 Described as “ultra-luxury”, the ship chose a Cornish harbour for its maiden visit. The “Discovery Yacht” Scenic Eclipse arrived at Fowey harbour at around 8am, and locals were seriously impressed.

Taking to Twitter, @cruisewithamber wrote: “What an amazing sight to see on the commute to work.” And Tony Foy wrote on Facebook: “Saw this off Fiscardo in Kefalonia in early May. Impressive size, given how few passengers.”

The cruise ship can carry up to 228 passengers.

Built in Norway, the Scenic Eclipse, operated by the Scenic Group, launched in 2018, but only entered service at the end of 2019, reports Cornwall Live.

Like many cruise ships, Scenic Eclipse was then unable to operate through the pandemic, and resumed sailings at the beginning of this year. 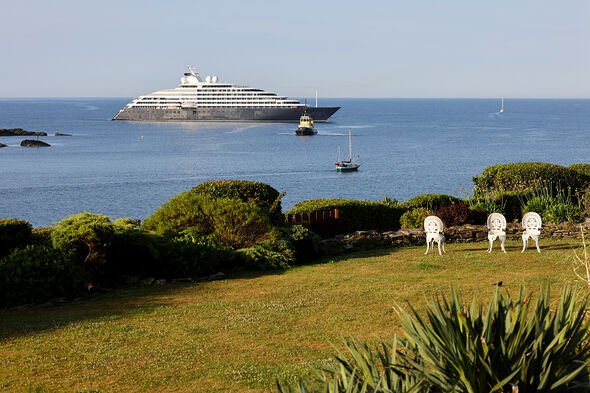 En route to Bergen in Norway, its stop in Fowey comes ahead of the luxurious ship’s first Arctic season.

Thankfully, the weather in Cornwall greeting passengers was far from Arctic this morning, with blue skies and sunshine across the Duchy.

Before coming into the narrow harbour, the state-of-art super yacht turned 180 degrees, ready to be guided in backwards by the harbour’s tug boat Morgawr.

As the luxury cruise ship backed into the harbour, people stopped what they were doing to watch the massive super yacht filling the skyline. 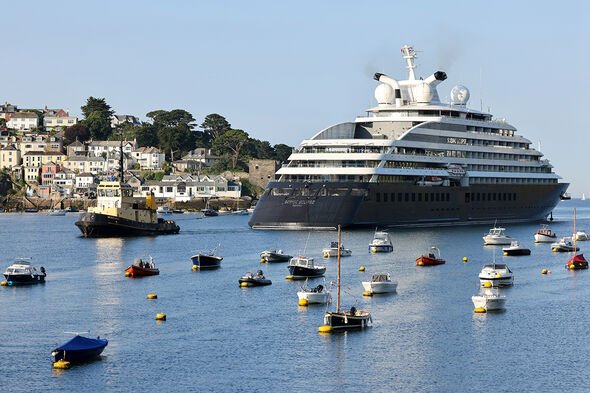 The ship is 551 feet in length, and has 176 crew members on board to take care of up to 228 passengers, although this drops to 200 passengers for the Polar voyages.

Scenic Eclipse has two Eurocopter helicopters on board and also carries a seven-person crewed submersible called “Scenic Neptune”, which is capable of diving to depths of up to 300 metres.

On board Scenic Eclipse, passengers can make use of a spa, a gym, 10 different dining experiences and nine bars and lounges.

The 17,085 tonnes ship is built to a Polar Class 6 rating, with an electronic Azipod propulsion system and oversized stabilisers. 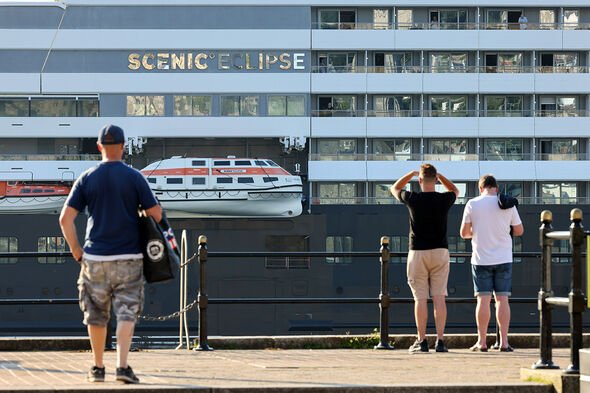 As the Scenic Eclipse visits locations with fragile eco-systems, it is equipped with GPS Dynamic Positioning which allows the ship to maintain location without dropping anchors onto sensitive sea beds.

Its design is said to have been inspired by 414-foot mega-yacht Octopus, which was built for Microsoft co-founder Paul Allen, and launched in 2003 at a cost of $200 million.