QUEEN Elizabeth II is no stranger to world travel, having spent her entire reign visiting various countries across the globe as part of her royal duty. However, the staggering number of times she has flown around the entire globe has been revealed. 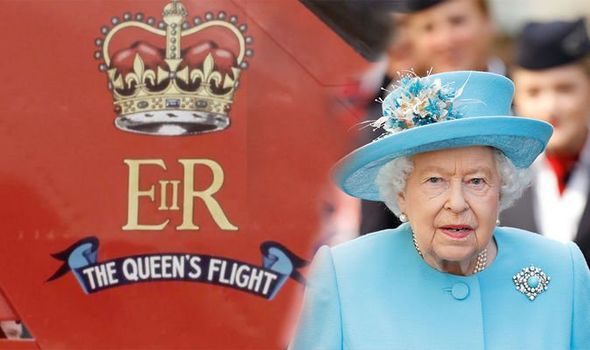 As part of their duty as the monarchy the Royal Family are expected to appear at national and international events around the world, representing the United Kingdom and wider commonwealth.

It also lets viewers in on the exact number of times the Queen has spanned the entire planet.

Throughout her 67 years serving the Monarch has been on an impressive 42 expeditions that saw her circle the globe.

The figure was calculated by royal historian Kate Williams who features in the programme.

“I calculated it, she’s been around the world 42 times.

“And that’s quite some air miles.”

Introduced into the Royal Family by Edward VIII, the Royal Plane is estimated to have flown 12,000 flights a year by the 1980s.

Having benefitted from the aeroplane her entire life, The Queen is the most widely travelled head of state in history, having touched down in 120 countries, thanks to her use of the Royal Plane and privately chartered aircraft.

It’s no surprise then that Royal travel brings with it a substantial cost.

The total bill for the 2018-19 fiscal year was reported as £4.6million, with the British tax payer contributing an estimated £2.7m towards this figure.

It was also recently revealed that additional private travel is not included in this sum. 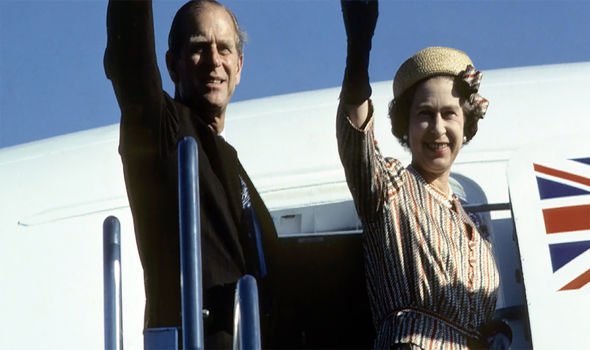 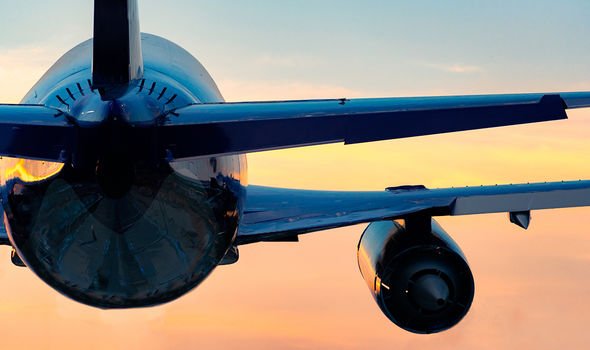 Despite the Queen clocking up thousands of miles of air transit over the years, it isn’t actually air travel that costs the most.

In fact, it is the Royal Train that is estimated to be the most expensive mode of transport.

It is reported to cost more per mile than chartered flights, at around £40 per mile according to the BBC.

He said: “In PR terms [train travel] look like a nice cheap option, and we can stand proudly in front of the accountants and say it cost £35 for a first class rail ticket for the Queen, but the security costs are quite considerable and those are not part of our budget.” 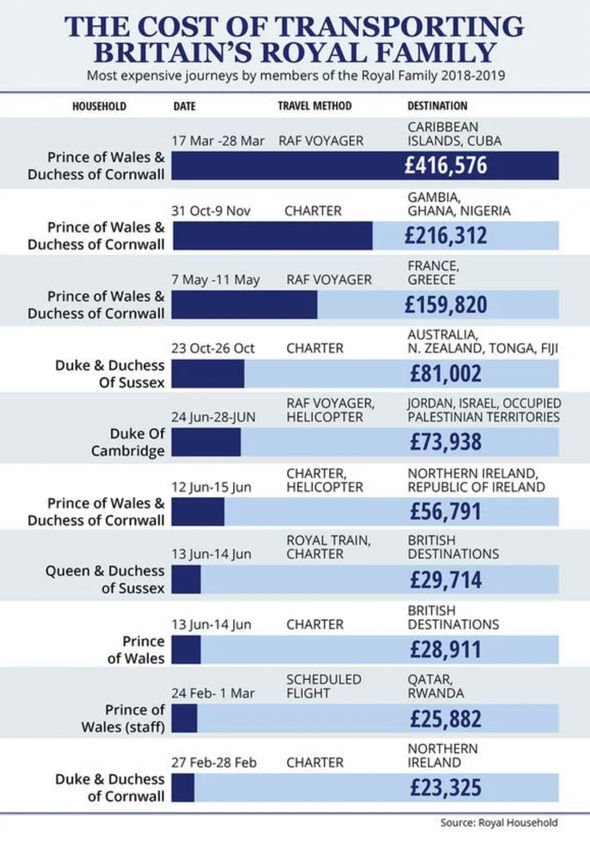 These days, at 93-years-old, the Queen no longer travels on public duty.

Instead, the job is completed by her children and grandchildren who are shaking up traditional royal travel.

Most recently, the Duke and Duchess of Cambridge caused a stir after they were spotted travelling on a commercial flight after a family holiday in Balmoral.

The humble FlyBE fight is expected to have cost just £364 for the royal couple and their children, revealing the monarchy steps to reducing costs and environmental impact.

Majorca to reopen 300 hotels ahead of holiday season – will British tourists be welcome?
We and our partners use cookies on this site to improve our service, perform analytics, personalize advertising, measure advertising performance, and remember website preferences.Ok