Rail strikes: Vine caller says ‘do what you’re paid to do’

The industrial action across England, Scotland and Wales is the biggest rail strike in three decades as thousands of staff have walked out over pay, pensions and working conditions. The rail strikes consist of 24-hour walkouts on Monday and Thursday, with a third planned for Saturday this week.

The public has been advised to avoid travel altogether as less than a fifth of trains are expected to run across the network.

Passenger numbers were less than 20 percent of normal usage on Thursday as half the network closed.

The Railway, Maritime and Transport (RMT) rail union has asked for a seven percent pay rise for workers to offset the cost of living crisis.

Employers have offered a three percent maximum with the condition they accept job cuts and changes to working practices. 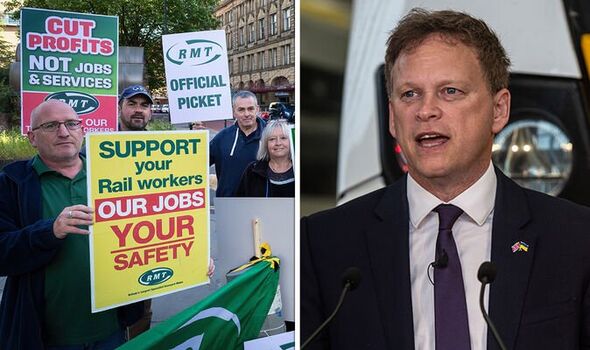 Further talks between the RMT union and Network Rail were held on Thursday, June 23, with hopes to end the dispute but no resolution was reached.

Downing Street has called for the industrial action to end “as quickly as possible” and said it was a “question for the unions” whether to go ahead with the planned strike on Saturday.

Speaking after Thursday’s industrial action, Mick Lynch, the RMT’s general secretary, said: “Our members are leading the way in standing up for all working people trying to get a pay rise and some job security.

“In a modern economy, workers need to be properly rewarded for their work, enjoy good conditions and have the peace of mind that their job will not be taken away from them. 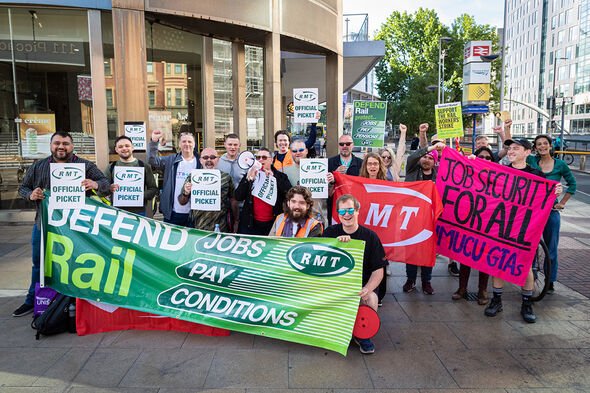 “Grant Shapps needs to get in the room or get out of the way so we can negotiate with these companies who we have successfully struck dozens of deals with previously.

“What we cannot accept is thousands of railway workers being thrown on the scrapheap after being praised as heroes during Covid.

“RMT will continue its industrial campaign until a negotiated settlement is reached.”

In response to the action, Express.co.uk asked readers whether they supported the RMT union’s decision to strike.

In a poll that ran from 9am on Tuesday, June 21, to 6pm on Friday, June 24, Express.co.uk asked: “Do you support the unions in rail strikes bringing Britain to a halt?”

Meanwhile, 13 percent (897 people), said “yes”, they do support the strikes while one percent (47 people) said they did not know either way.

Hundreds of readers shared their thoughts on the rail strikes in the comments section below the accompanying article.

One reader, username Tempest said: “Striking should be a last resort when all avenues have been tried to find a level ground of dialogue.

“This railway strike by the leadership of the unions involved has been in too much of a hurry to walk out with no intention of getting a good deal for the workers.”

Another, by the username SanjayP, said: “No union should have the power to hold the country to ransom.”

Username ezglide said: “The Rail Unions are hurting the people who give them a job!”

And username ValBrooker said: “They will strike their way out of a train network if they keep this up, because actually they already have above-average pay, which is why our train fares are extortionate compared to other countries.” 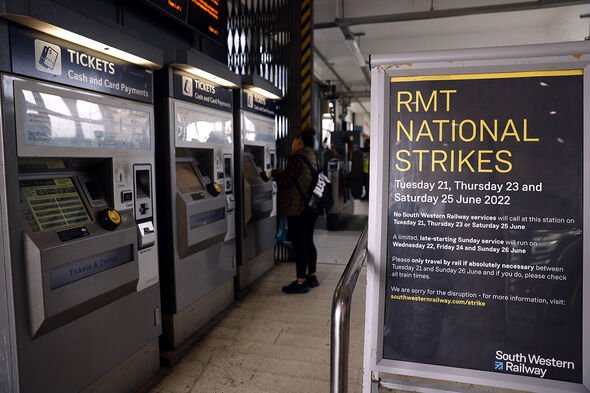 Some commented that the strike was politically motivated with username Hugh125 writing: “This strike is utterly shameful.

“It will not achieve anything other than to make passengers vote with their feet, and thus make rail jobs less, rather than more secure.”

Others were in support of the strike action with username Bug_bear2 commenting: “I would not normally back industrial action, but I do back this one.”

Another, username Patrick Turveydrop said: “I support the rail unions on the closing of ticket offices, but not their pay.”