The first commercial flight to be powered by fuel made from recycled waste carbon emissions is set to arrive in London tomorrow morning.

A Virgin Atlantic Boeing 747 jet from Orlando will land at Gatwick and will be marshalled in by the airline’s founder, Sir Richard Branson.

Instead of becoming pollution, waste carbon from a steel mill was converted to jet fuel that will be used to power the service. 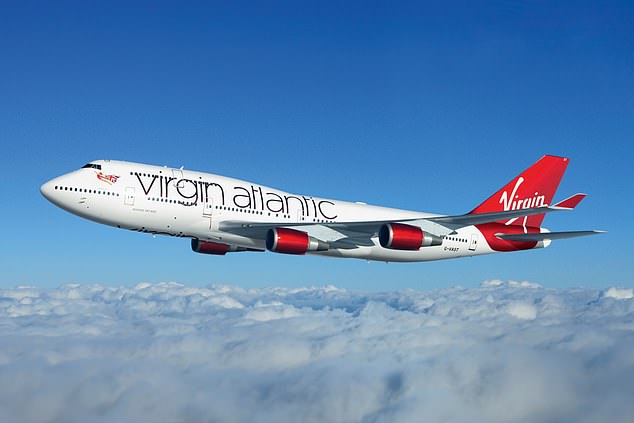 Virgin Atlantic partnered with US-based carbon recycling company LanzaTech to develop the fuel and they were supported by plane manufacturer Boeing.

LanzaTech produces ‘advanced’ fuels by recycling waste industrial gases like those produced from steel making and other heavy industrial processes.

It takes these waste, carbon-rich gases to first make ethanol. The ethanol can be used for a range of low carbon products, including jet fuel.

The ethanol-to-jet process used to make the fuel in this flight was developed in collaboration with Pacific Northwest National Lab and the US Department of Energy.

It follows a grant from the UK government as part of the Future Fuels for Flight and Freight fund to determine the feasibility of building a 40-50million US gallon jet fuel plant in Britain.

LanzaTech says it could have three UK plants running by 2025, producing up to 125 million gallons of sustainable fuel per year – enough to fly all Virgin Atlantic’s UK outbound flights (as a 50:50 mix) while bringing multiple benefits to the UK. 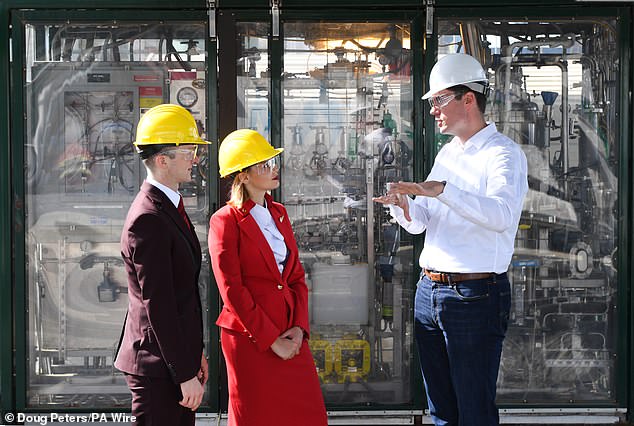 It claims these include saving nearly one million tonnes of life-cycle carbon in a hard-to-decarbonise sector, supporting thousands of clean growth jobs across the supply chain, enhanced fuel security, and providing important trade import and export potential.

Sir Richard Branson, founder of Virgin Atlantic, said: ‘Long haul travel is more important than ever for connecting people around the world. And it’s our responsibility to ensure we’re doing that in the most sustainable way possible.

‘Working with LanzaTech will enable us to drastically reduce our carbon emissions and at the same time, help support UK industry. That’s why we’re so excited to showcase this fuel on its first commercial flight as we plan for the world’s first full scale jet fuel plant using this amazing new technology.’

Jennifer Holmgren, CEO at LanzaTech, added: ‘With our carbon smart partner, Virgin Atlantic, we have shown that recycling waste carbon emissions into jet fuel is not impossible, that waste carbon needs to be thought as an opportunity not a liability, that carbon can be reused over and over again.

‘We thank all our partners and governments on both sides of the Atlantic for their support. Together we can create the carbon future we need.’