I stand at the top of a pass in the Scottish Borders. It’s early November, and showers move slowly across the sky. I watch a dark cloud as it drifts near but, for now, I stay dry.

The hillsides are covered in shades of brown and gold, the russet of decaying bracken contrasting beautifully with the yellow of birch leaves. Below me, flows the Caddon Water, a tributary of the Tweed in its middle course. Large on the horizon are the Cheviot Hills of Northumberland. Nearer are the summits of the Eildon Hills, above Melrose. To my right is the ridge of hills separating the Tweed valley from the Yarrow, while behind me looms the grassy dome of Windlestraw Law.

I have been here many times since the first lockdown in March. A few days ago I came with my husband and son, before that I walked with an old friend, and today I am with a new but already dear walking companion. As I pause, I hear nothing but the wind.

In spring, the pass was filled with curlew trills and I stood transfixed by lapwing aerobatics and lost myself in the songs of skylarks. Later, the birdsong was overwritten by the sounds of a disgruntled farmer in his tractor shouting at us for being on his land. Today, the hills are quiet, but my mind recalls those earlier walks, and for a moment I am caught between the strange spring that has passed, and the spring that is to come. 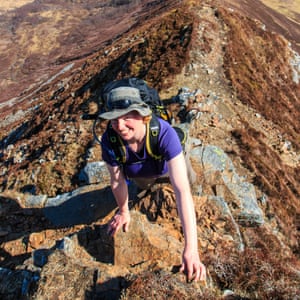 I’m not sure, as I walk and re-walk the path above Caddon Water, that I become the same person. Instead, I think that in walking in the footsteps of my past self I can for a time move between who I was, who I am now and who I might yet be. Walking through the same space seems to sharpen my memories of earlier visits, so that I can still hear the birds piping in the spring sunshine, and still see the tractor barrelling towards me with its irate driver.

This walking of the same routes over and over again would be deeply familiar to Dorothy Wordsworth, sister of poet William, who arrived in Grasmere at the turn of the 19th century looking to make a home for herself. Repeated walking over familiar ground helped her feel like she belonged in this new place, and in her new life. More bound than her brother by domestic responsibilities, Dorothy tended not to roam far from Dove Cottage, preferring to retread favourite routes.

Dorothy kept a diary of her early years in Grasmere, recording her often-routine walks to collect post or firewood from the next village, or to run errands. She loved to walk home the same way, pausing to consider the evening light, or reflect on her mood. Her journal charted the subtle changes that occurred to the familiar scene each time she passed. 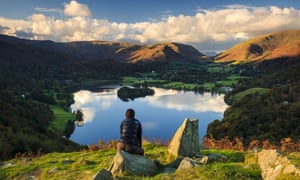 On one of these walks, in May 1800, Dorothy described how she “Walked to Mr Gells with the Books – gathered mosses & plants […] I went forward round the lake at the foot of Loughrigg fell […] Could not cross the water so I went round by the stepping stones […] After tea went to Ambleside – a pleasant cool but not cold evening. Rydale was very beautiful with spear-shaped streaks of polished steel. No letters! – only one newspaper. I returned by Clappersgate. Grasmere was very solemn in the last glimpse of twilight.” The view of the village at the end of the day, she noted, “calls home the heart to quietness”.

There is nothing special about this walk to conduct day-to-day business just a few miles from home. And yet there is everything special about it. The observations of light and water are borne of intimate and frequent acquaintance, and it is on such local walks that Dorothy’s heart is made “quiet” at last. It is here, walking the lakeside paths between villages, that she feels she belongs.

At home in Scotland, as I gaze at the familiar view above Caddon Water, I think of Dorothy and her gift for finding the profound in the local. Her example seems increasingly important as restrictions have tightened across the country. Like Dorothy, we cannot go too far from home, but while we cannot access distant lands or grand vistas, we can come to know the places where we live. Through the same kind of everyday attentiveness that Dorothy brought to her Grasmere walks, we can, walk by walk, day by day, create a sense of belonging, and call our hearts to quietness.