Miami International Airport was the scene of an alarming episode over the weekend. A shocking viral video captured the moment an angry woman attempted to jump over a ticket counter. The woman and her male companion are understood to have tried to board their American Airlines flight from Florida to Los Angles, USA without any shoes on.

When they were barred from boarding the plane, the female passenger decided to take drastic action.

The footage shows her launching herself at the American Airlines ticket counter.

The woman, wearing a jumpsuit, attempts to jump over to where staff stand and can be seen straddling the counter as loud shouts are heard.

A man, thought to be travelling with her, immediately intervenes and pulls her off. 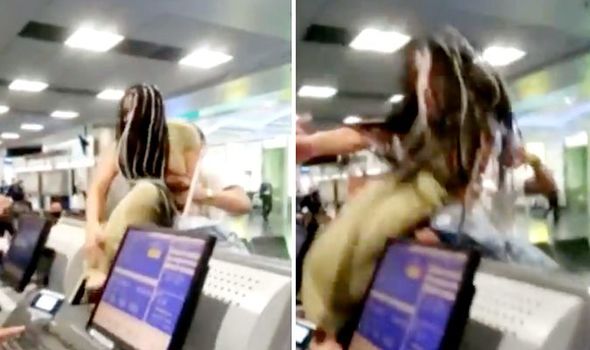 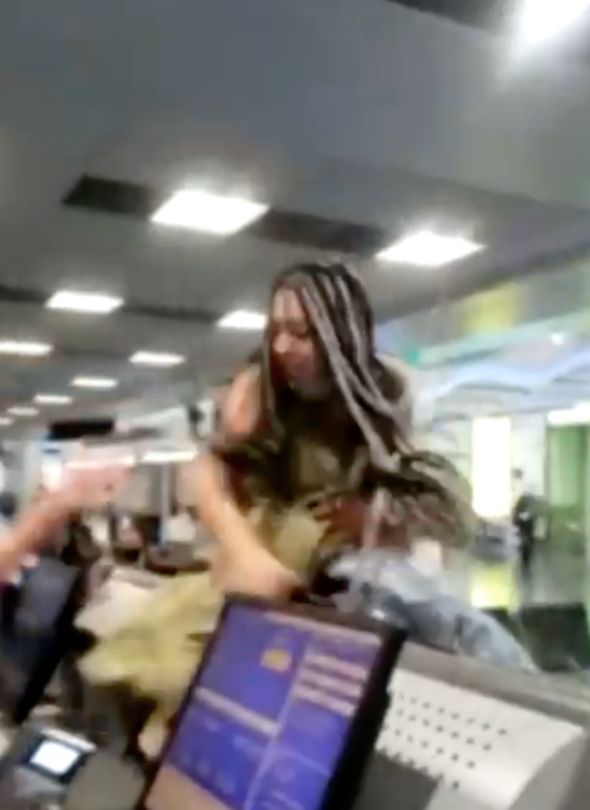 The female flier continues to argue with staff once she is on her two feet.

She points an irate finger at the staff as she complains.

A Miami airport spokeswoman said one of the customers tried to hit an airline worker.

“After being informed of our policy, the customers became irate and one attempted to strike an American team member at the gate,” Laura Masvidal said in a statement on Tuesday.

According to Miami-Dade Police Department officers, the woman was shouting and had slurred speech when they arrived, said local news site Local 10.

Her male companion is said to have held onto her when officers attempted to arrest her because she wouldn’t calm down.

The pair were both arrested at the scene. 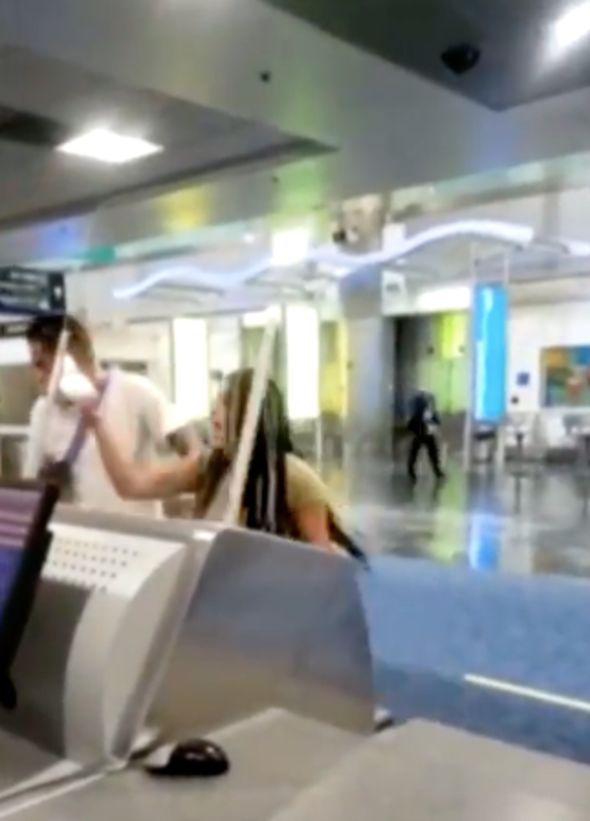 The woman is now facing charges of disorderly intoxication and resisting an officer without violence.

Air rage is far from rare and the enforced wearing of masks on flights in recent months has seen tempers flare up more than once. 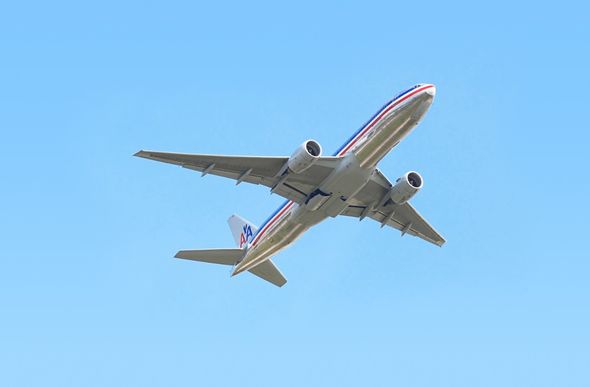 A man on a flight from Dallas to Tampa, believed to be angry about a flight delay and the mask rule, was filmed wearing his face mask under his chin and shouting at cabin crew in a recent video which went viral.

“I’ve been held hostage for 35 hours, have you?” he rages at the flight attendant.

“Okay, get the plane off the ground – get me home,” the man continues, jabbing an aggressive finger in the air.

“All of you guys will be fired by midnight. All of you,” he says, “You’re welcome.”