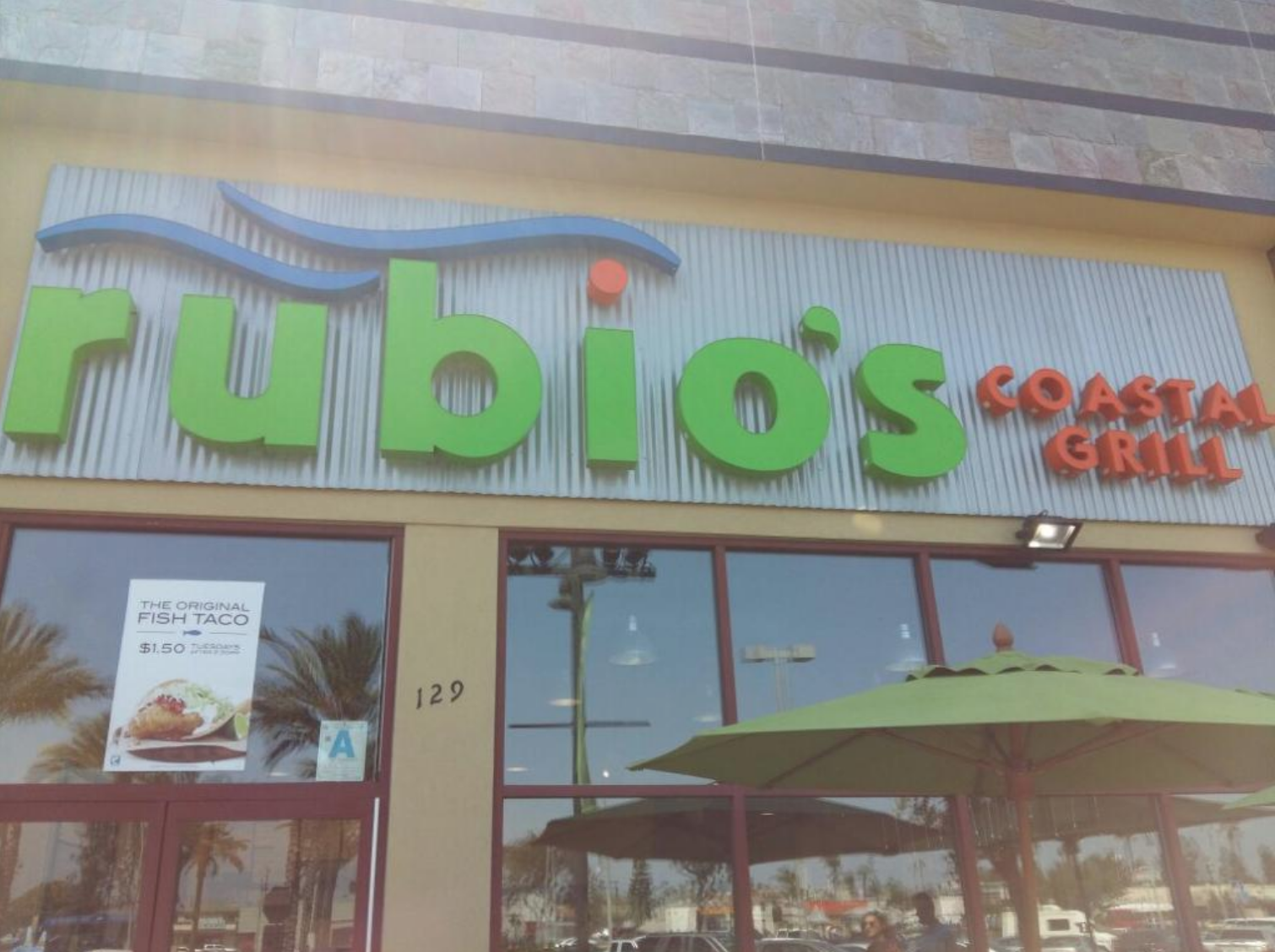 Halloween is right around the corner. Now, we’re all used to the costumes, candy and jack-o-lanterns that are associated with the annual spooktacular, but the thought of spending October 31 somewhere truly haunted really spooks us out. Here’s a list of the world’s most haunted spots.

The Karakum Desert in Turkmenistan is home to the Gates of Hell, a fiery crater that was formed in 1971 when a Russian drilling rig accidentally punctured a giant underground natural gas field. The ground collapsed and all the equipment fell in, allowing poisonous gas to escape. To avoid a massive environmental disaster, the hole was set on fire and has been burning ever since.

What could be spookier than hundreds of wooden coffins dangling from cliffs? Very little! Locals in Sagada, Philippines, have a unique burial ritual where the elderly, or their family members, carve their own coffins out of hollowed logs. After they die, they are placed in these coffins, which are then suspended from cliff faces to increase the chances of their spirits reaching a higher nature in the afterlife. The tradition is over 2,000 years old.

In the shadow of Mount Fuji lies a vast and dense wooded area commonly called the “suicide forest,” so named for the high number of suicides—between 10 and 30 a year—that occur in the Sea of Trees. At the entrance, a sign in Japanese urges visitors to “Quietly think once more about your parents, siblings, or children . . . please don’t suffer alone and first reach out.”

In 1986, Pripyat, in northern Ukraine, was evacuated when the nearby Chernobyl nuclear power plant melted down in the world’s worst nuclear accident. The city, which was once home to some 50,000 residents, is now a ghost town where tourists come to view the uncanny empty homes and buildings, like the school littered with gas masks and dolls.

In the tiny village of Nagoro, Japan, the human population is dwindling and being replaced by dolls. When local artist Ayano Tsukimi moved back to her hometown and found its numbers dropping drastically, she decided to create scarecrows (kakashi) in the image of those who had moved or passed away and place them in scenes of daily life around the village. A decade later, Tsukimi has crafted some 350 doll residents who lend the town a ghost-like atmosphere.

The sprawling ruins of the Tranquille Sanatorium in Kamloops, British Columbia, just might make the perfect setting for a horror movie. Built at the turn of the 20th century to house tuberculosis patients, the sanatorium closed in the late 1950s, when it began to be used as an institution for the mentally disabled. The site closed for good in 1983.

In Weston, West Virginia, the Trans-Allegheny Lunatic Asylum that ran from 1864 to 1994 still stands, reports Atlas Obscura, “as a testimony to the inhumane practices once used in mental health.” The main building and several out-buildings sit in disrepair on nearly 700 acres. Ghost hunts take place from time to time, including spooky overnighters.

Some 10 kilometres (six miles) outside the city of Siauliai in northern Lithuania stands a mysterious hill covered in more than 100,000 metal and wooden crucifixes, rosaries, and other religious icons. Legends abound as to how the Hill of Crosses came about, but one thing is certain: the pilgrimage site is here to stay. BBC Travel reports that despite having been bulldozed numerous times by the Soviets in an attempt to “stamp out Christianity in the Eastern bloc,” the mound of crosses continues to grow.

The remains of 121 victims of the ship that “even God himself couldn’t sink” lie buried at Fairview Lawn Cemetery in Halifax, Nova Scotia. The graves of the former Titanic passengers are memorialized by simple grey, granite stones, eerily placed in the shape of a ship’s hull.

At first glance, this small island near Venice doesn’t look all that foreboding. But scratch beneath the surface and you’ll find a chequered history that includes its use as a quarantine area for plague sufferers and time spent as an insane asylum before it was shut to the public in 1968. It’s no wonder, then, that people think it’s haunted.

Located in the heart of the Rockies, this evocative hotel is the location that inspired Stephen King’s The Shining as well as the creep-inducing Hollywood blockbuster that followed in its wake. Originally opened in 1909, the hotel is said to be the most haunted in America, with thousands of guests flocking to it each year in search of a scarin

Roughly 75,000 men and women—including infamous gangster Al Capone—enjoyed a stay at this penitentiary, which was the most expensive ever built when it opened its doors in the 1800s. It officially closed in 1971 and has been left to fall into disrepair ever since, adding to the ambiance of a place that is said to be spooked by many of its former inmates.

The site of the famous Salem Witch Trials, where supposed witches were arrested and tried in the 1680s, Salem is undoubtedly one of the spookiest spots in the United States.

Known locally as “Ghost Hill,” the Penang War Museum is so spooky that it was named one of the most haunted sites in all of Asia by the National Geographic Channel. It got its evocative name during the Japanese occupation in World War II during which hundreds of locals were imprisoned, tortured and killed on the site.

This underground warren was a popular spot in the Scottish city of Edinburgh during the 1600s. However, the onset of the bubonic plague meant that it was eventually sealed to the outside world some 200 years later. Its grizzly history has led to it becoming one of the city’s preeminent tourist attractions, with all manner of spooktacular tours offered for guests to experience its unnerving past.

With its gothic design, it’s easy to see why people believe this upmarket hotel in Alberta is one of the world’s most haunted places. The one-time honeymoon destination of Marilyn Monroe is said to be the home of another bride, a spooky spectre who supposedly haunts the grounds after she fell to her death while wearing her wedding dress many years ago.

Originally built during the 1070s, this tourist landmark in London has amassed its fair share of stories during its 1,000-year history. Currently home to the crown jewels, it has also been an armoury, a zoo, a palace and even a prison. It’s no wonder, then, that people believe it is haunted with no fewer than four ghosts—including Anne Boleyn—said to stalk its grounds.

There is more than 2,000 years of history crammed into these subterranean catacombs, situated 20 metres below the streets of Paris and formed out of the stone that was used to build the European capital. The dark labyrinth is also home to a number of graveyards, with bones arranged into macabre displays that only add to the eerie nature of this underground site.

Reportedly the world’s most haunted forest, this wooded wonderland located near Cluj-Napoca has a reputation for paranormal activity and unexplained events that range from ghost sightings to alien abductions.

The inspiration behind the iconic tale of Bram Stoker’s Dracula, this scary citadel is said to have been cursed by some of the Turkish prisoners whose slave labour helped to build this imposing fortress.

Dolls are scary enough at the best of times—just watch the Chucky movies if you don’t believe us. But this uninhabited island in Mexico City takes the fear factor to another level. Adorned with the severed limbs, heads and bodies of various dolls, it is said to be inhabited by the spirit of a young girl who died in mysterious circumstances there many years ago.

Normally, brave travellers can actually visit this incredibly well-preserved 17th-century fort in India. But they do so at their own risk, especially because it is considered so haunted that the local government passed a law that prevents visitors from entering between sunset and sunrise.

Built in 1145 on the site of an ancient pagan burial ground, this old English inn is ripe for a good haunting. True to form, it is haunted by as many as 20 different spectres who’ve scared guests so much they’ve been known to jump out of their windows to escape them.

This 800-year-old castle is said to be haunted by the ghost of the “White Woman,” the wife of a jealous husband who hired assassins to kill his spouse only to die suddenly alongside the rest of his family years later.

One of Indonesia’s most famous sites, this colossal structure has an unhappy past thanks to its associations with colonial rule and Japanese occupation during World War II. It’s no surprise, then, to find out that it is considered to be haunted. Indeed, it is so scary that in years gone by, local men would seek to prove their bravery by spending a night within its walls.

Proudly proclaiming itself to be the most haunted house in Australia, the Monte Cristo Homestead has a long and troubled history, including the story of a stable boy who was burned alive after his mattress was set on fire because he called in sick for work. His, along with other lingering spirits, are said to be so strong that guests regularly faint or have asthma attacks triggered by the terror.

Located at the top of a 383-metre hill above Dublin, this abandoned hunting lodge was said to be the meeting place of 18th-century devil worshippers who once counted Satan himself among their membership.

Built by the Dutch East India company, this 17th-century fort is the oldest colonial building in South Africa. Unexplained occurrences at the spooky site have included a tall gentleman who can be seen jumping off the battlements; a black dog that attacks visitors before vanishing into thin air; and the bell, which on occasion will ring all by itself.

This vicarage’s simple wooden structure belies a bevy of ghosts which haunt the guests who are brave enough to visit this spooky Scandinavian site.