The fairytale spires of Tallinn’s old town attract thousands of visitors, many from cruise ships that dock for the day and fill the cobbled streets with tourists. The capital offers a heady mix of history, from medieval origins to grisly Soviet repression, told through countless museums.

In the evenings costumed peasants will try to tempt you into themed restaurants to try the local ales and mince stews, but stand your ground. Instead, slip away from the crowds and head to Kalamaja, a former industrial area now dotted with modern eateries and bars in former factories, where you can try quality Estonian food for a snip. The area is emblematic of Tallinn’s more recent identity as the Silicon Valley of Europe: stats show the city has more startups per person than anywhere else on the continent.

Get your bearings by heading to the city wall that encircles the old town, sections of which were built in the 13th Century. Platforms offer views across the spires of the old city and out to Tallinn Bay. Walk the section connecting Nunna, Sauna and Kuldjala towers, where soldiers would have guarded the town against invaders. From here take the steep cobbled path up to Toompea Hill called Pikk Jalg, or Long Leg, to see the orthodox Cathedral and parliament building in what was Toompea Castle. Descend on Lühike Jalg, or Short Leg, keeping an eye out for ghosts – this is supposedly the most haunted place in the city. 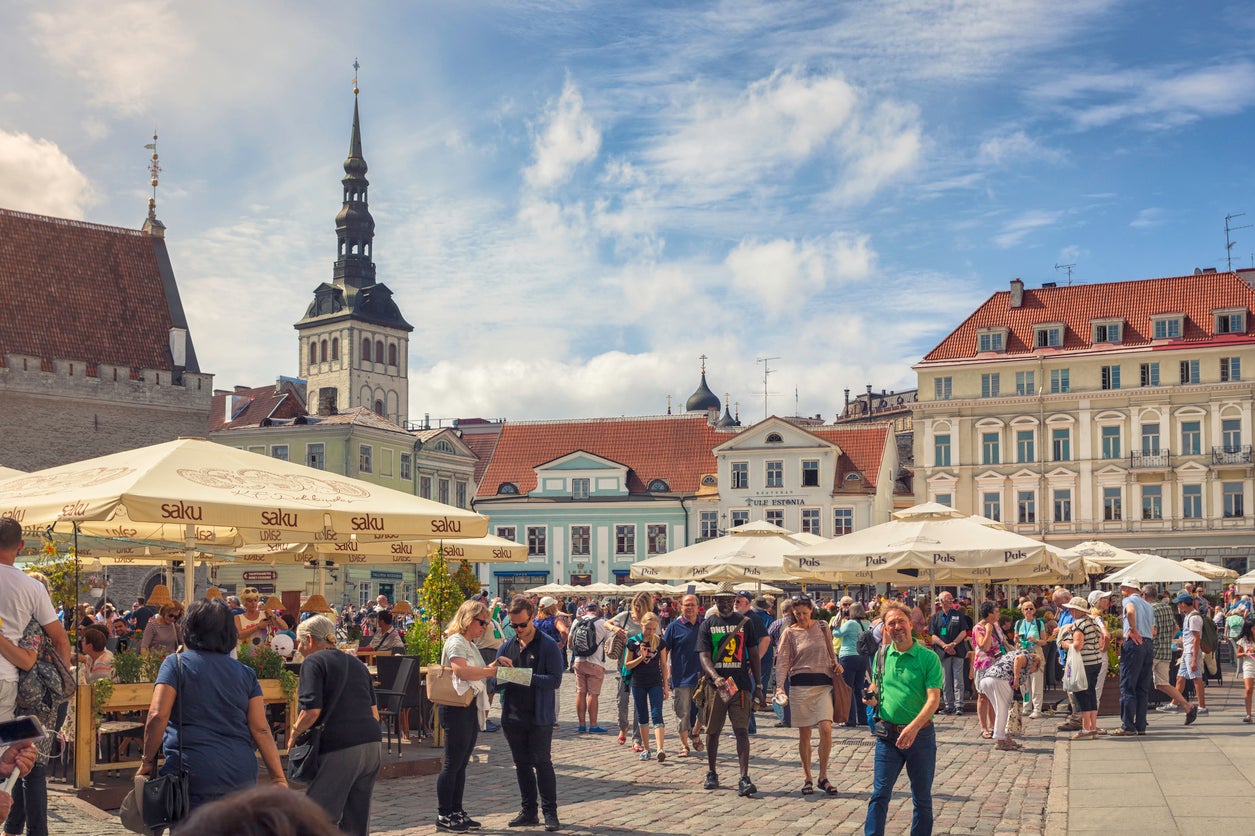 Estonia was granted independence from the Soviet Union in 1991 and the monuments of that moment in its history have been slowly transformed into tourist attractions. In the Old Town, the former KGB offices have mostly been turned into apartments, but the bricked up basement windows hint that this floor once housed prison cells. The KGB Prison Cells museum displays the written and recorded testimonials of the interrogated (vabamu.ee/kgb-prison-cells). Outside the Old Town, visit the 23rd floor of the Hotel Viru to see the former headquarters of the KGB. There are English tours at 11.30am and 2.30pm costing €11, pre-booking required.

Cycle along the waterfront

Tallinn has plenty of bicycle paths and where there are none, do not be surprised to see cyclists using the pavement. Hire bikes from City Bike or Waypoint Travels and ride out of the city, past the Kadriorg Park and Palace, towards the grounds of the Song Festival, which started when Estonians experienced their grand awakening as a sovereign nation from the 1850s. Continue to Pirita beach, which has lockers, a small market and lifeguards. Or take the bicycle tour, which leaves every day at 11am. 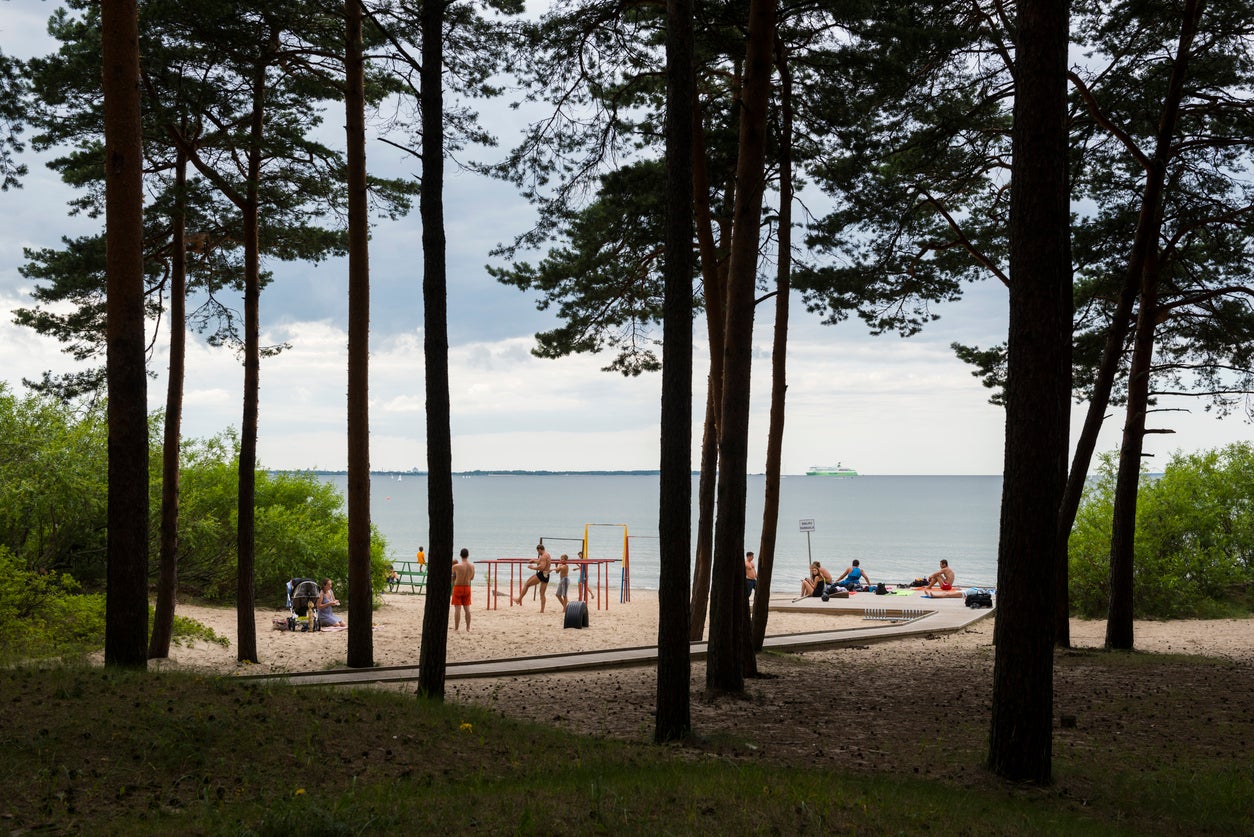 Fans of compact living will appreciate KODA Stay, a concrete box plonked in a car park off a main road. The location couldn’t be less attractive, but these self-contained apartments are conveniently placed for the port and the old town. The open-plan rooms are surprisingly quiet and include futuristic touches, from the motion-sensor lighting and mezzanine bed to sleek, minimal appliances. Breakfast – from porridge to a full cooked option from a nearby cafe – is ordered by text and delivered at a time of your choosing. Apartments from €87, room only. 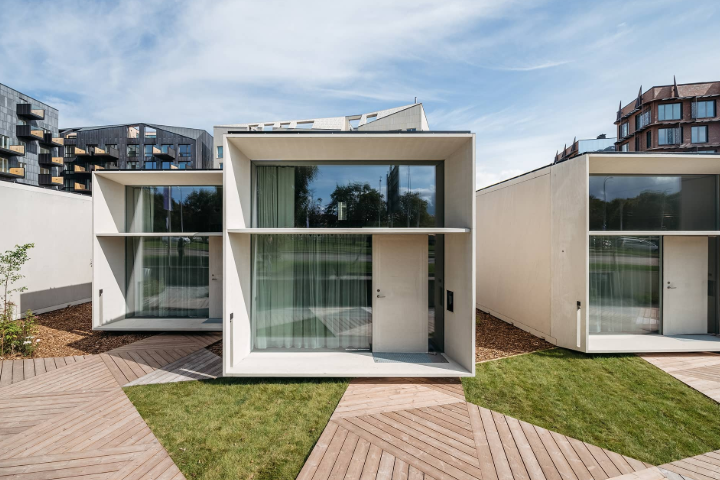 For contrast, rent an apartment in Tallinn’s trendy Pegulinn district. The area started as a slum inhabited by workers of the Tallinn-Saint Petersburg railway at the end of the 19th Century, but now families and young people fill the purpose-built apartments in colourful wooden houses. From there, the trendy bars and coffee shops of Telliskivi Creative City are a very short walk over the train tracks.

Velvet couches, dark wood tables and low lighting make for a cosy dinner at Restoran Ö, a restaurant that specialises in Estonian cuisine and uses only locally-sourced ingredients. The 11-course degustation menu is a righteous introduction to the very best in Baltic cuisine (€76), from salted elk to fish roe and a selection box of breads with matching butters. A corresponding drink selection (€66) includes paired wines, root beer and a pale ale infused with birch that’s named after the national pastime of sauna.

If you’re in the Old Town, the cool recesses of Restoran Spot provide respite from the crowds. Try their moose fillet, a surprisingly lean and tender meat. The seared pike and citrus risotto comes with a fennel salad and lime foam. Mains from €11-19. 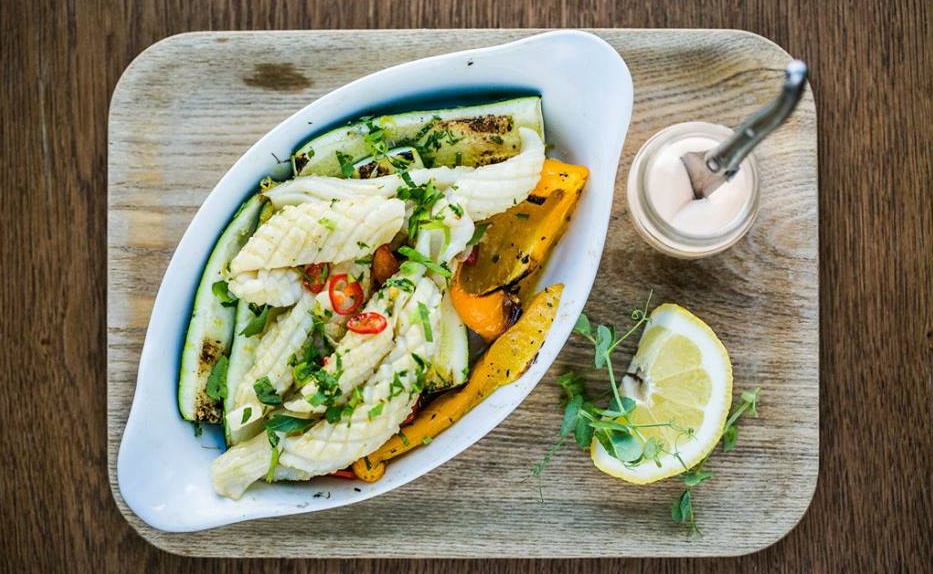 Retro-themed cafe Must Puudel is a perfect place to while away a few hours over cake, salad or bruschetta and pints – go through into the garden if the weather is fine.

Get down early for brunch at Kohvik Sesoon, where the cold beetroot soup is garnished with chopped potatoes and eggs (€3.80), and an octopus tentacle comes curled on seared vegetables and green Gazpacho (€12).

F-Hoone is a sprawling warehouse cafe bar in Telleskivi Creative City – the perfect place to while away an afternoon among Estonian locals. High ceilings, massive plants, exposed brick and big chalkboards create a relaxed atmosphere, but the food and service are impeccable. Try the local Saku beer on tap or venture into the extensive craft beer menu, featuring many smaller breweries. 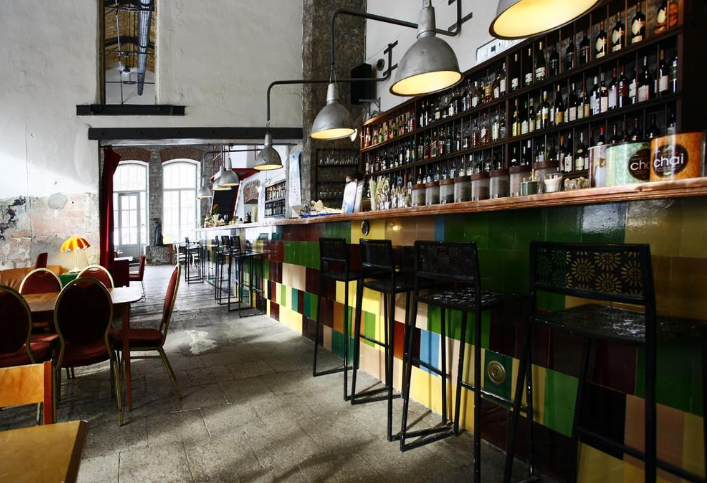 NoKu, a hidden bar with a rebellious past, is in the heart of the Old Town, on the second floor of a building with a red and blue door. It used to be a members-only haunt for artists, started in the Seventies as a protest against the admission policy of the nearby KuKu Klub. It is now open to the public, but you need a code to enter – just ask the smokers standing outside the door. The bar is spread across two spacious rooms furnished with stripped floorboards and Seventies furniture, giving it a laid back, bohemian vibe.

Reach Telliskivi Creative City either by foot from the Old Town, or trams 1 or 2. This indoor shopping street runs through a former Soviet Kalinin factory at the intersection of the Kalamaja and Pelgulinna districts. The community has transformed the formidable old building into a vibrant community hub, home to creative businesses, small stores and lots of hipster bars and coffee shops. Leave time to for a poke around the World Clinic Record shop, pick up some Estonian fairytales in Bookstore Puänt, or grab a coffee while you browse the Scandinavian-inspired homeware at Homeart. 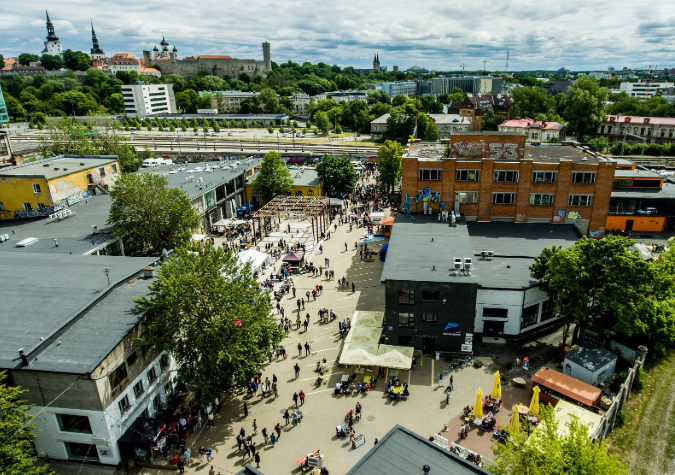 Tallinn caters for all architectural tastes, from the gothic architecture of the Old Town fortress to its concrete monuments to Soviet rule. But it’s worth a visit to the Maritime Museum on the seafront, housed in a former hydroplane hangar, which is a rare example of an unsupported concrete dome (and the museum itself is great for kids).

What currency do they use?

How much should I tip?

Tipping is voluntary, but 10 per cent of the bill is polite.

A Tallinn Card grants access to the city’s countless museums plus unlimited public transport on the trams, trolleys and buses – just remember to tap in. You can also buy paper tickets from the driver for exact change only. Tickets cost €2 per ride.

In summer, ascend the 115-step spiral staircase to the top of the gothic Town Hall for a beautiful view of the Old Town.

The Tallinn Card costs from just €12 and offers discounts and free entry to over 100 attractions, plus unlimited transport.