The cruise industry was brought to a complete standstill during the pandemic. But as the ships start to return to top European destinations, anti-cruise campaigners are calling for an end to cruising. Express.co.uk spoke to Bengt Waldow, a member of the CruiseNotWelcome campaign in Norway.

The CruiseNotWelcome campaign launched after the issue was discussed on NRK, the Norwegian Broadcasting Corporation.

Bengt told Express.co.uk he got together with some other campaigners to print posters and put them up in popular Norwegian cruise ports.

A typical poster read: “You paid for your trip to a company that does not pay taxes to Norway or at all, and the workers are exempt from all relevant labour laws.

“Please go back to your boat and tell all on board that you are parasites. You are not welcome in Norway!” 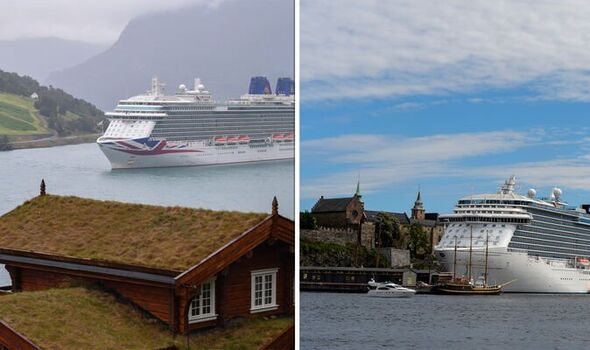 Bengt claimed to Express.co.uk: “Why on earth should we allow it? There are virtually no pros other than some harbour masters get to go to Miami for a convention.”

He said banning cruise ships from Norway was a “no-brainer” when people consider the pros and cons.

Bengt added: “I know that it kills the climate CO2 wise. Moving a gigantic ship from port to port can never be viable – no matter how much you greenwash.

“And there are local emissions, sulphur either via air or water if they ‘scrub’ it, and of course the hordes of trash tourists.”

In 2019, a report from think-tank Transport and Environment, found that cruise lines emitted more than 60 kilotonnes of sulphur dioxide.

Sulphur dioxide can cause lung cancer and acid rain. Studies have found that cruise ships emit more carbon dioxide on average than any other ship due to the amenities onboard.

While the industry is aware of the issues and many companies are trying to limit their impact on the environment, cruise ship pollution is considerable.

Bengt said: “Our next goal is to make it as uncool to kill the world via a cruise on your next holiday as it is to go to Africa and shoot a lion.” 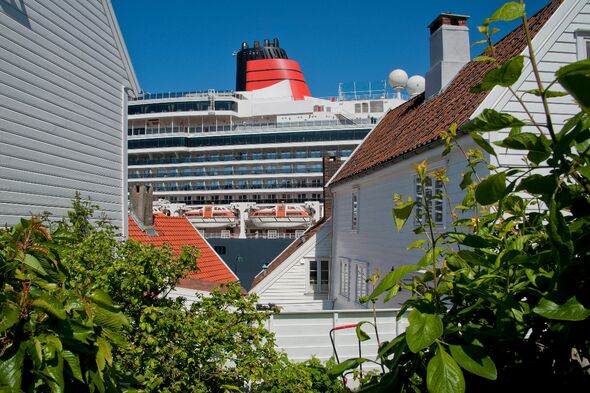 Bengt claimed that cruise tourists have a negative impact on Norway, saying: “They only leave trash and pennies and move around in those horrible Hop On Hop Off buses.”

As cruise tourists often eat their meals onboard, some experts say they do not spend much in the destinations they visit.

While the CruiseNotWelcome campaign reflects the views of some port residents in Norway, others feel that cruise tourism benefits the local economy.

In July, Tor Mikkel Tokvam port director in Flåm, told Express.co.uk that there hadn’t been any posters there.

He said: “We have heard all about it from the cities, and are truly relieved this has not been an issue in Flåm.

“On the contrary, since cruisers finally returned this year, we have not had a single complaint from local inhabitants, other Norwegians or other travel groups. The return of tourists is just welcomed, creating a good aura in town.

“Despite the efforts from the very few, we hope cruisers make their own judgement of friendliness from the people they meet here in Norway.

“When it comes to the issues addressed by the group, improvement takes time across all industries.

“What’s for sure is we are all working on it. For our part, Norwegian ports measure the environmental performance of every port stay from the cruise ships and practice the polluter-pays principle.

“In Flåm we have already observed a giant percent improvement on all parameters from 2019, so something is for sure going on in the industry.”