In footage shared online, the incredible video depicts how a Fred. Olsen cruise ship managed to squeeze through the Corinth Canal in Greece this week. Passengers on the 22.52-meter-wide MS Braear cruise ship held their breath and could not believe their eyes when the large ship passed through the narrow canal opening. Passengers could even reach out and touch the sides of the canal – which is reported to be 24 meters wide at its narrowest point. Carrying 1000 passengers and crew on board, in the video it was revealed that the 195.82 meter long cruise ship was being pulled by a little tug boat in front to avoid any unwelcome consequences.

The 24,344-tonne ship made history on Wednesday as it became the largest ship to ever cross the Corinth Canal.

The 25-night sold out cruise is currently sailing around “Corinth Canal and Greek Islands,” which set off sail from the UK in late September.

The four mile long Corinth Canal is what separates mainland Greece from the Peloponnesian Peninsula and connects the Corinthian and Saronic Gulfs.

In a report by Greek City Times it was said the canal – which took 13 years to construct from 1880 to 1893 – enables ships in the Aegan Sea travelling to the Adriatic to cut off 185 nautical miles to their journey.

Ships have been navigating through the narrow waterways since 1893, but on Wednesday, Fred. Olsen claimed to have captained the longest cruise ship through the canal. 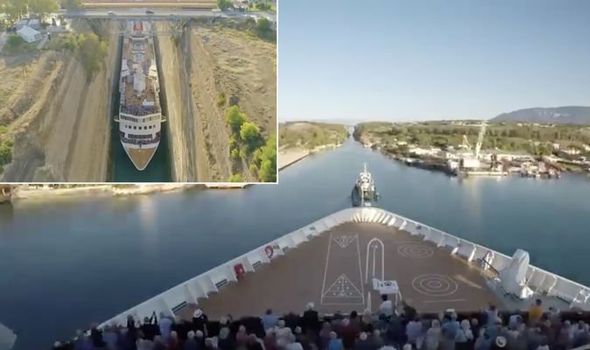 In a post shared on social media by Fred. Olsen it said: “Today Braemar made history as the longest-ever ship to cruise through the Corinth Canal.”

Clare Ward from Fred. Olsen Cruise Lines in a statement announced: “This is such an exciting sailing and tremendous milestone in Fred Olsen’s 171-year history and we are thrilled to have been able to share it with our guests.

“At Fred Olsen, we strive to create memories that last a lifetime, and with guests onboard Braemar [were] able to get so close to the edges of the Corinth Canal that they could almost touch the sides, we know that this will be a holiday that they will never forget.

“We have already had exceptionally high interest in our second Corinth Canal cruise, in Spring 2021, and we can’t wait to do it all over again.” 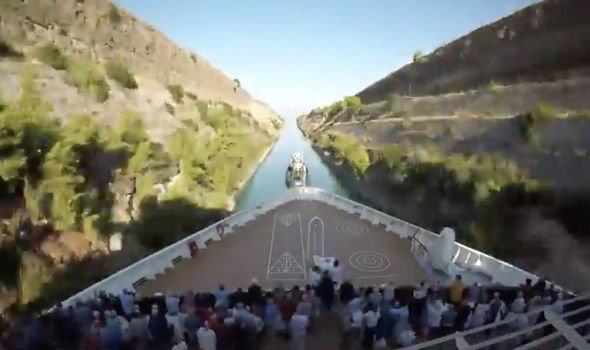 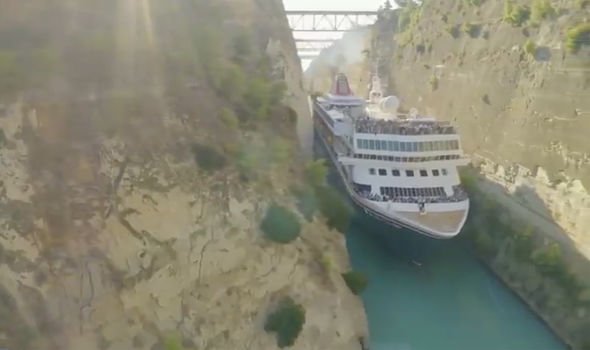 In other cruise news, cruise ships in France are coming under fire for the level of pollution the huge vessels emit. Cannes, on the country’s south coast, is now moving to ban the most polluting cruise ships.

The city is home to France’s fourth-latest port, with around 37,000 tourists arriving in Cannes by cruise ship every year.

When cruise ships are at berth for more than two hours in all European ports they are obliged to switch to max 0.1 per cent Sulphur fuel.

The company have singed an agreement with the French city pleading to make its ships more environmentally friendly.

Saint-Raphaël, a French port city between Cannes and St-Tropez, is also now enforcing a similar ruling.

Cruise ships wanting to dock there from 2020 will have to sign a similar agreement to reduce their emissions.

Earlier this year a study revealed how polluted cruise ships really are.