Almost as soon as we ascended, the clouds closed in around us, and visibility was practically zero. But, as they often say, if you don’t like the weather in Iceland, wait five minutes. The plan to fly along the coast was scrapped, and instead we made our way north to Akureyri. After a few minutes, the skies cleared and the mountains emerged beneath us.

The crags and peaks are far more dramatic from the air, their blackened points jutting skywards between patches of snow. Rivers that are usually hidden are suddenly revealed, gouging their way through the rock in an angry shade of dark, greyish blue. These slivers of water interlace together, weaving throughout the peaks.

On our flight, the mountains of Trollaskagi, which usually seem so jagged, were revealed to hold vast flat swathes of pure, untouched snow. Some of the peaks were obscured by clouds, which dipped down and wrapped around the summit. Eventually, these clouds thickened once more, leaving us with a flat white sky.

But, periodically, glimmers of sunshine would battle through, illuminating a patch of earth below for just a few seconds. These small patches of clarity would reveal the striking glacial blue of a lake, or blackened lava fields.

We dipped beneath the clouds to follow a wide river to Akureyri, swirled with tiny black islands in the shape of teardrops. Iceland’s second city sits on the end of Eyjafjord, so we passed the city (catching glimpses of the cute, painted wooden houses) and followed the fjord, over water that’s filled with humpback whales.

We flew alongside the mountaintops that line the fjord. The remains of the winter snow meandered down the rivets, like icing dripping down a chocolate bundt cake. On the water, spits of land curled into the fjord, creating little patches of perfectly still surfaces, upon which the mountains reflected as though they were in a mirror. These swirls of land were lined with a thick outline of black volcanic rock, so vivid it looked like it had been drawn on with a marker pen.

It’s strong contrasts like these that make Iceland such a photogenic setting, particularly from above. And why this sightseeing trip had come about – Icelandair had put it on to celebrate the arrival of the first Boeing 737 MAX into its fleet.

Special guest was photographer Páll Jökull, who was onboard to provide expert tuition in shooting from a plane. 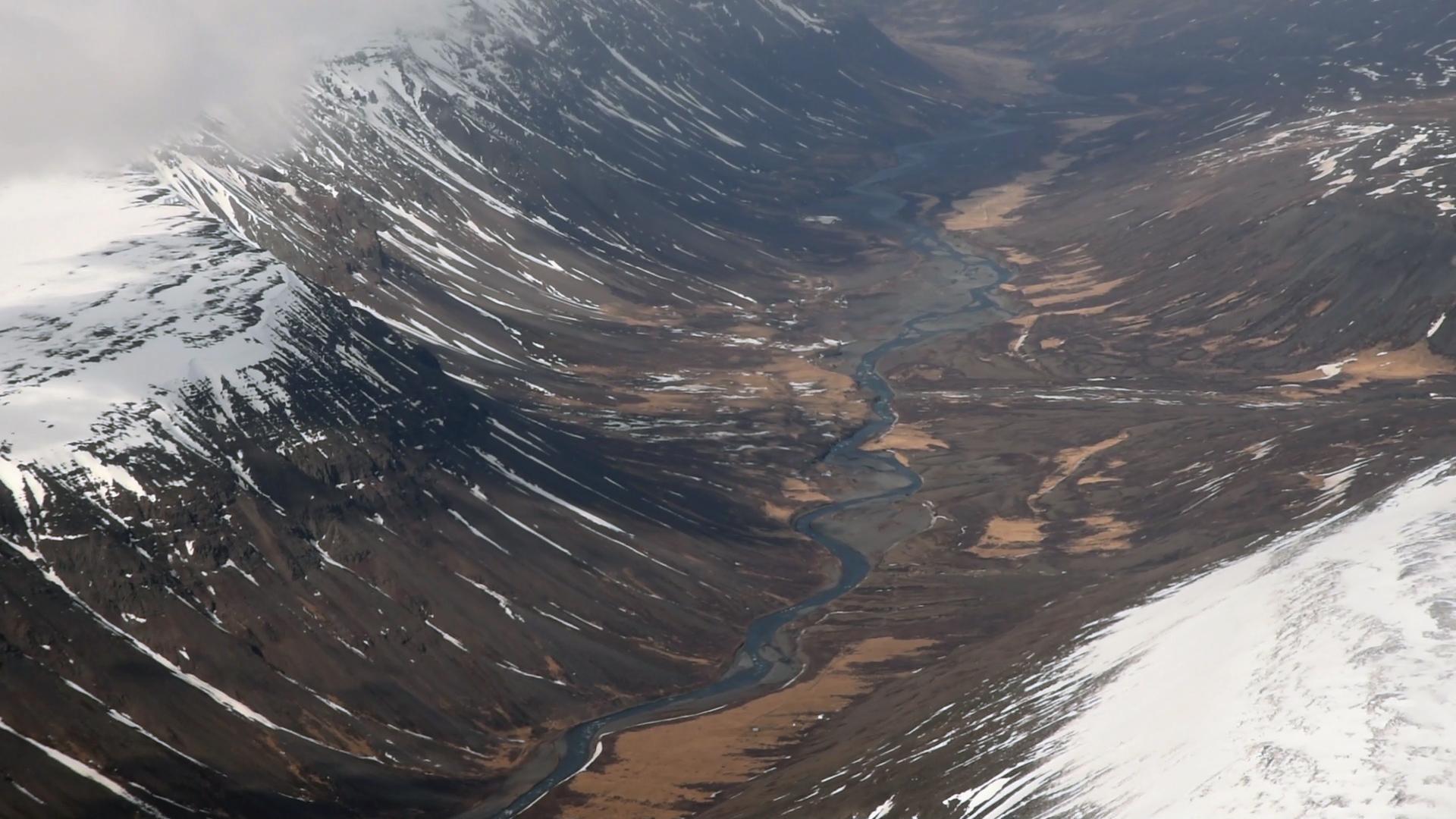 His top in-flight photography tips? Use the rule of thirds (so the image is made up of one-third sky, two-thirds land), use the window as a frame (the newly designed windows on this Boeing 737 MAX are optimised for better viewing) and include part of the wing in your shot, to help the landscape stand out.

It seems like Icelandair has preempted this one – look out at the tip of the wing and you’ll see the airline’s hashtag, #MyStopover, ready for a deluge of Instagrams.

Icelandair flies daily from London Heathrow, Manchester and Glasgow to Reykjavik and offers free stopovers for those travelling to the US.

Nicola travelled as a guest of Icelandair