It’s Friday evening on the Las Vegas Strip, and the casino corridors of the Park MGM feel like a catwalk.

A blue-haired woman in high-waisted, black denim shorts and a mesh shirt struts the ribbon of carpet between blackjack tables. Another woman in a cape of disco sequins chats with a friend in a studded military cap. Young men in leather body harnesses slouch near the entrance to the Park Theater, while slots players keep their machines clanging. It’s hard to say which group looks out of place: the gamblers fielding cards in limp polo shirts or Lady Gaga’s loyal Monsters, here to see Mama sing.

Such is the juxtaposition inside the Strip’s newest resort. Two years after MGM Resorts and Sydell Group began rebranding the sedate Monte Carlo into the Park MGM and the boutique NoMad Hotel, and seven months after the name on top of the building changed, that transformation is complete.

However, the hotel’s identity in the packed Las Vegas market is still emerging. Is it a midlevel casino with a comfy price point set on prime Strip real estate? Yes. Is it a food and beverage destination with venues from Roy Choi, the Houston Brothers and Make It Nice? Yup. Is it Lady Gaga’s Las Vegas home for the next two years? Hell yeah. Vive la difference.

“We’re doing interesting things we hope are cool, but we don’t want to scream it from the roof,” said Sydell Group CEO Andrew Zobler.

While the resort lacks the Cosmopolitan’s self-assured swagger or the Palms’ sleek packaging, the Park MGM packs a more subtle punch. It has all the potent cool-new-resort requisites — art, food, entertainment, nightlife — but presents them in more understated fashion. On four miles full of erupting fountains and flashing screens, it is, in a word, refreshing.

That art program starts in the lobby with the limbs of a giant tree spiderwebbing across the ceiling and continues into restaurants like Primrose, where you’ll pass linocuts by Pablo Picasso on the way to the bathroom. In the guestrooms, French design studio Be-Poles has assembled quirky vignettes that could as easily be in someone’s living room as a 2,700-room resort.

The restaurant collection features famous chefs and brands bringing their act to the Strip for the first time.

Bavette’s steakhouse, from Chicago’s Brendan Sodikoff, has been a hit since it opened in 2017. Daniel Humm and Will Guidara unveiled NoMad Restaurant in a stunning library-inspired space in November, and the city’s first Eataly arrived in late December, serving as the Park MGM’s Strip-facing entrance and drawing in visitors with promises of Nutella crepes, fresh pasta and pizza by the slice. 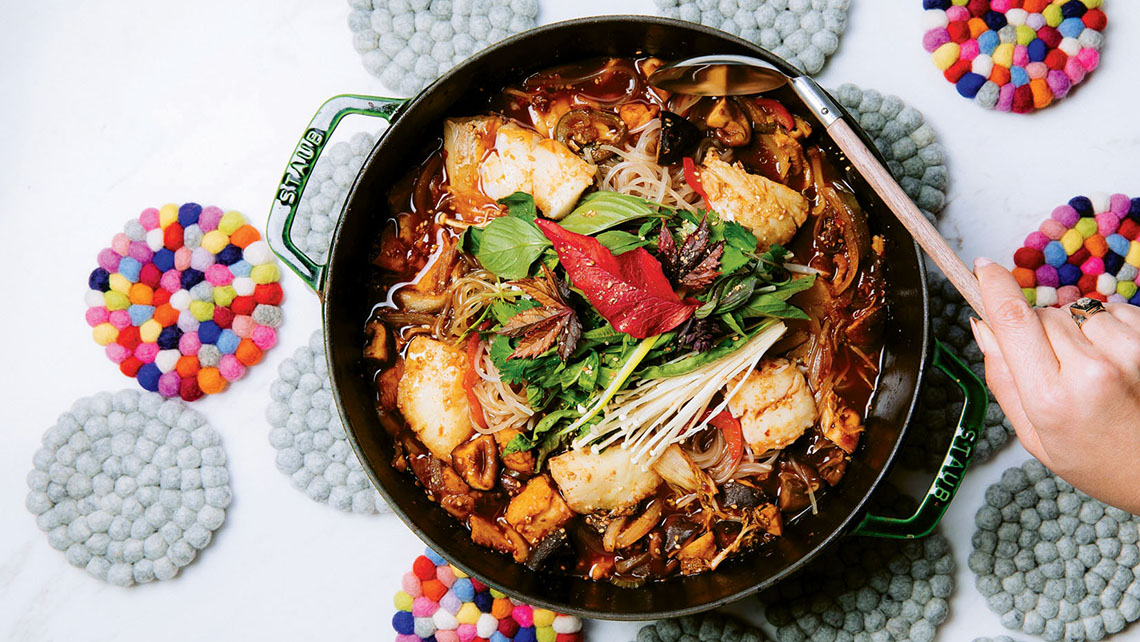 At Best Friend, an original concept from chef Roy Choi, we enter through a colorful bodega and bar selling neon beanies and frozen cocktails. Past a red vinyl curtain, waiters in tracksuits zip around the main dining room, serving plates of Kogi short rib tacos and Korean barbecue from a menu that is interspersed with shots of the chef’s family and friends. There are banchan nibbles and large-format dishes that feel like celebrations, like a hot pot of black cod stew with the zing of tamarind and delightfully slippery glass noodles.

In the nightlife department, the Los Angeles-based Houston Brothers have also pulled off a room that feels cool without proclaiming its coolness.

On the Record is a radical departure from the big-box temples to electronic dance music that are popular of late. It is low-slung and intimate with a series of different spaces and design details that serve as a visual scavenger hunt. A wall lined with cassette tapes hides a speakeasy that is, in a delightful paradox, open to everyone. A Rolls-Royce holds the DJ booth, and a double-decker bus parked on the patio houses a tiny bar. There’s free pinball and surprise performances, the back wall of the main bar dropping to reveal a troupe of dancers who bust out a choreographed number before disappearing from whence they came. 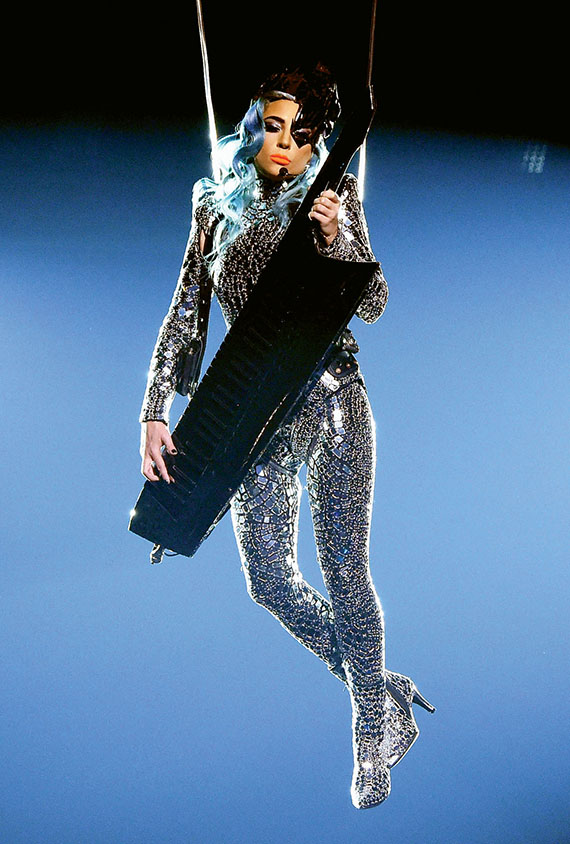 The final piece of the puzzle to snap into place at the Park MGM was Gaga herself, taking over the 5,200-seat Park Theater for a two-year residency that includes two distinct pop and jazz productions.

Since opening on Dec. 28, the singer has already enjoyed unannounced appearances by Tony Bennett and Bradley Cooper, made heartfelt appeals about the government shutdown and LGBTQ rights and performed passionately through technical snafus and a power outage on the night when 30-plus journalists were in the crowd.

In a sense, then, Gaga is just the perfect artist for this new resort, a powerful blend of style and substance, classic and contemporary. And though you’d never accuse her of being understated, she’s always a breath of fresh air.

The completely correct guide to eating and drinking on a plane