Ah, the Interrail experience. How many of us have cherished memories of zipping inexpensively across Europe – delving into new and thrillingly esoteric cultures, befriending the locals, mangling their language beyond all comprehension, and enjoying all manner of mind-broadening episodes that simply wouldn’t have happened in Blighty? Anyone who has known me for more than 15 minutes will have heard my story of the older gentleman in a Copenhagen cemetery who collapsed into uncontrollable fits of laughter when I asked him if he could direct me to the grave of Søren Kierkegaard (pretentious, moi?). “You’ve come looking for Kierkegaard,” he managed to splutter, “at the wrong kierkegaard.” 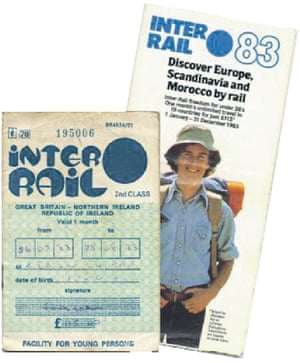 Those Danes, eh? Still, it means I’ve never forgotten the Danish word for “churchyard”, a linguistic nugget I just know will come in handy one day.

Or there’s the New Year’s Eve I spent sitting with my hosts around a less-than-perfectly-tuned television in a flat in Athens watching the Serbian version of Hootenanny. For four hours. With no sub-titles. If you’ve never had the pleasure, I can tell you that it involves a lot of children’s choirs and glitter.

Perhaps the most surprising thing about these two Interrail-enabled events is that they happened nearly 30 years apart. The first when I was a young tyro cutting my peripatetic teeth; the latter just 18 months ago, when a confirmed flounderer in the murky depths of middle age. And while the earlier trip was inspired by the affordability of the ticket, the latter came about because of a decision to do my penn’orth for the environment by not flying.

Apparently, I’m not alone in this. Research carried out by Eurail – the company that administers Interrail – reveals that, for their customers, sustainability is “more and more influential in their decision process, especially in the north European countries”. And if, like me, you’re fortunate enough to have the time to go leisurely to your destination (I’m an author: the only thing we’re famously rich in is time), you’ll find that far from being some sort of hair-shirt sacrifice, a trip across Europe by rail is one of the wonders of modern life. 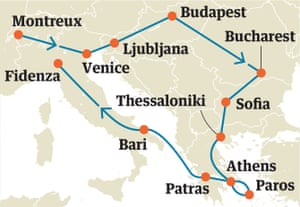 Like other European institutions, such as the EU and Eurovision, the Interrail pass was born in part out of idealism. The International Union of Railways (UIC) launched it in 1972 to make it affordable for young Europeans to discover their own continent. Or at least the western half of it. Of the then 21 countries involved, only two – Hungary and East Germany – were behind the Iron Curtain; though non-aligned Yugoslavia also took part, and even Morocco was part of the Interrail family for a couple of decades. The ticket was only meant to be on sale for a year, to celebrate the UIC’s 50th anniversary. However, the scheme proved such a success, with more than 85,000 European youngsters taking up the offer, that it’s been going ever since. And they truly were youngsters in those days: at 22 you were too long in the tooth to qualify.

That all changed in the 1990s when a range of all-age Interrail passes was introduced and the number of participating countries increased to 31. They’re a little more expensive than their equivalent youth versions , but you still don’t have to travel far before they start saving you money – and children go free up to the age of 11. When my most recent ticket came through the post (a pleasing nod to a less frantic pre-internet world) I’d be lying to say it didn’t give me a little frisson of anticipatory delight. How often do you get the freedom to flit about where you like in 31 countries? 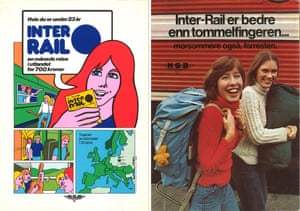 I began my more recent Interrail jaunt in Montreux, Switzerland, with a ticket that granted me seven days of rail travel within a month (journeys can be started and finished anywhere in Europe). A first ever visit to Greece was long overdue but, when planning my trip, I realised I was painfully ignorant about much of Eastern Europe too. After much poring over of maps and timetables, I made for Hungary (via Venice and Ljubljana), then Romania and Bulgaria before finally reaching Greece, to explore Thessaloniki, Athens and the island of Paros. Thus, not only did I see a good slice of Greek countryside from the train – I can particularly recommend the scenery between Thessaloniki and Athens – I was able to sample several other countries along the way.

I was really quite smitten by Budapest and made a mental note to return. Those medieval buildings! The friendly people! The island in the middle of the Danube where I plodded around the shoreline running track! (It’s a crying shame about the nation’s leaders, but no Briton can throw stones on that score at present.) By contrast, I now know that Bucharest is not for me. Apologies to fans of the Romanian capital, but although I stayed with a wonderful young couple, I found their home city a representation in concrete of a long, sad and weary sigh. 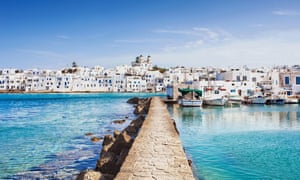 My introduction to Bulgaria came with a change of trains just over the border at Ruse. The fantastically Stalinist station looked heroically bleak as the wind whipped wet snow across its mighty platforms. A monolith that now serves barely a handful of trains a day, it made for a sober illustration of the nation’s difficulties in sloughing off the Soviet years.

By contrast, my fondest memories of Athens are of the long, happy hours hanging out in old squares and ruins with their legions of genial semi-feral cats.

I still had enough days left on my pass to take a ferry over to Bari (there was a nominal fee – some ferries are free with the Interrail pass, others are discounted) and sail gracefully back to northern Italy.

It was quite a contrast to my first Interrail experience in 1988. Back then, I had no choice but to purchase the month-long use-every-day ticket even though I could only get a fortnight off work (nowadays the passes range from short, one-country trips to three-month odysseys). Before I left, the sum of my first-hand knowledge of Europe amounted to a week’s family holiday in Italy and a day-trip to Boulogne, so I was keen to see as much of the continent as possible. This desire, allied to the fact that my menial office job wages afforded me the slenderest of budgets (£5 a day, if memory serves), meant even hostels were an indulgence. I therefore slept on a train – or at least remained slumped half-dazed in a seat – every single night but the first, when a friend living in Aix-en-Provence put me up. 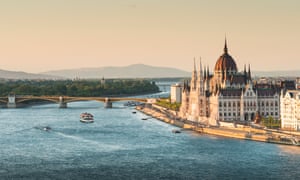 I travelled alone, unable to find anyone else who fancied spending two weeks of October living like an indigent outlaw on the run. Looking back on it now, my itinerary was the work of a maniac. After Aix, the remaining 13 days of my schedule read Marseilles–Florence–Vienna–Bregenz–Zurich–Cologne–Copenhagen–Stockholm–Turku–Helsinki–Oulu (further north in Finland than anyone would really want to go)–Turku–Stockholm–Oslo–Bergen–Oslo–Copenhagen–Düsseldorf–Paris–Calais–Dover–London. I seem to recall doing Bergen to London almost non-stop, getting home just in time to rock up zombie-like for work the next morning.

I couldn’t replicate that journey today, even if my body could take that much sleep deprivation, because so many of the night trains I used have been discontinued, victims of the absurd cheapness of short-haul flights, their prices kept artificially low by global anti-taxation measures drawn up 75 years ago to boost the then fledgling airline industry.

I recently found the journal I kept of that journey. Juvenilia is by definition embarrassing – it includes such scintillating revelations as “Amiens cathedral is very big” – but it’s evident that the trip did broaden my horizons. Although I never went to art college, as one note written after seeing Oslo’s Vigeland statues promised me I would, within six months I’d resigned from the menial office job and eventually ended up living in Guatemala, working in human rights (the ending of the country’s 36-year civil war coincided with my sojourn but I try not to take all the credit).

Although Interrailing remains a pursuit associated with youth, last year just over a third of the 300,000-odd passes sold were snapped up by people over 27 (the current youth ticket limit). And those any-age sales were up 6% on the year before, perhaps partly driven by those travellers who no longer want to fly.

Nobody would pretend that it isn’t a more expensive option than jumping on a plane, but it does become a real competitor to flying in summer, when flight prices soar. And taking the train across Europe instead not only spares the planet, it can be mind-expanding and even life-changing as well, no matter what your age. What price can you put on that?

Travel costs
A seven-days-in-a-month adult global pass, first-class (I splashed out – don’t tell my younger self) cost £327. It should have been more but Interrail had a 15% sale on (it currently costs £397, £305 for 12-27s and £357 seniors, under-12s free). Second-class tickets are around 30% cheaper. It’s worth signing up to Interrail’s mailing list for news of offers. The local fare was so cheap from Thessaloniki to Athens and Athens to Patras that I didn’t use my Interrail pass on those days. The return ferry to Paros was £37. Reservations cost around £20 in total.