Scheduled to launch September 29, the Disney Skyliner will feature nearly 300 gondolas with a maximum seating capacity of 10 guests per cabin. There will be three lines, five loading stations and six miles of cable connecting two theme parks and four resort hotels.

As for the gondolas themselves, nearly half of the Skyliner cabins will be wrapped in whimsical Disney scenes featuring beloved characters and movies, attractions and much more, the park announced Monday. Guests will also enjoy bird’s-eye views of Disney’s Hollywood Studios and Epcot’s countries around World Showcase Lagoon, among other popular attractions. 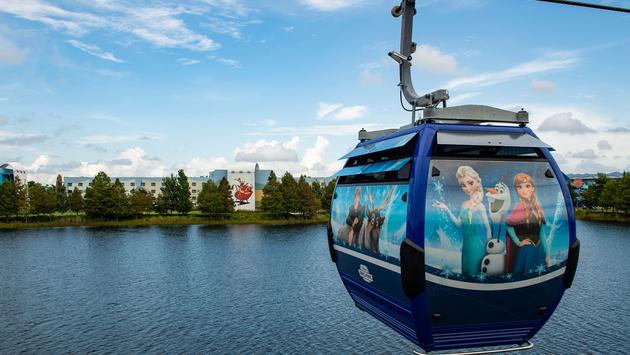 Each of the five stations along the Disney Skyliner route will feature uniquely Disney designs reflecting their individual surroundings. For example, the Epcot International Gateway station is inspired by the nearby European pavilions. Guests can expect “covered metal and glass canopies, hand-painted murals themed to flight and ornate metal detailing” to be included in the Art Nouveau style.

Meanwhile, the Riviera Resort station will incorporate influences from the Mediterranean coast and Disney’s 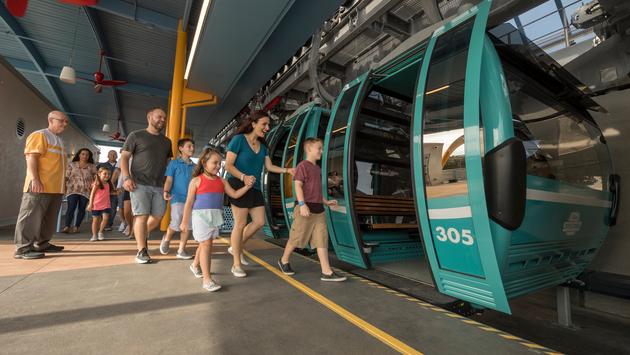 As for the staff, Disney Skyliner cast members will transport guests back in time with costumes reminiscent of 1960s airline travel designed to reflect the Skyliner’s “sleek, contemporary lines.”

'An absolute gift': Southwest flight attendant, American Airlines CEO have emotional racism talk at 30,000 feet
We and our partners use cookies on this site to improve our service, perform analytics, personalize advertising, measure advertising performance, and remember website preferences.Ok