“Less sleep, more art”, say the creatives of Toronto, who are transforming the city for an all-nighter of contemporary art hosted by major cultural institutions, indie arts venues and public spaces. The varied programme includes film, sound installation, kinetic sculpture, artist talks, live performances in unusual settings: from a Mongolian yurt to an American Airstream, a walk-through 3D model of the night sky, and even a creative (edible) project in the form of dumplings from around the world.
• 29-30 September (7pm-8am), free, nuitblancheto.com 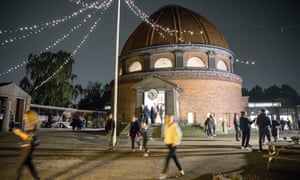 Copenhagen’s enormous annual culture night sees over 250 arts venues, libraries, churches, parks and other public spaces around the city taking part. There’s something for everyone: behind-the-scenes tours around galleries, theatres, parliamentary buildings and a warship; dance workshops; concerts in churches; Shakespeare in a graveyard; street theatre, art installations and even a UV hair salon. Some events require registration in advance.
• 12 October, 6pm-midnight (entrance with a Culture Pass, £11.30), kulturnatten.dk 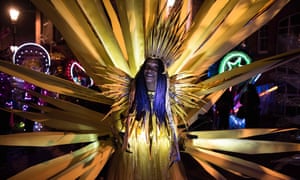 From giant lampshade bouquets and voice-activated infinity mirrors to laser games and yarn-bombing, Light Night takes over the city from the university to the docks. An illuminated parade kicks things off, celebrating the centenary of votes for women – as part of this year’s theme of progress and innovation – followed by around 70 events including large-scale light projections, interactive artwork, music, circus, dance, and family workshops.
• 4 and 5 October, 6pm-11pm, free (or support the event with a £2 programme),
whatson.leeds.gov.uk 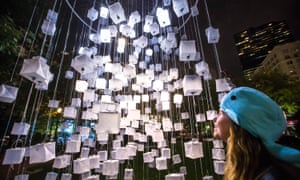 Technologists, artists, designers and performers create immersive art installations around Boston for this two-night event. Aiming to repurpose spaces and transform neighbourhoods, many of the interactive pieces utilise new technologies to bring the element of surprise to familiar areas, such as the city’s Downtown Crossing. The programme for this year’s event is still under wraps but last year included large-scale projection mapping, a bicycle orchestra and participatory projects from street discos to light graffiti and a livestream dance class from Cuba.
• 2-3 November, 6pm-11pm, free, illuminusboston.org 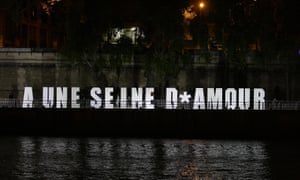 As the first international event officially named Nuit Blanche, this “white night” festival has taken place every first Saturday in October since 2002. This year’s event aims to promote famous and lesser-known monuments, as well as providing a platform for new creative talent. The event has four suggested routes through the city this year, including artworks in unlikely places, such as alleys and bridges. Full details of the programme are to be announced shortly, and will include visual art, dance, music, theatre and experimental creative projects – and even an “extraterrestrial geyser”, as part of the Parc de la Villette takeover.
• 6 October, 7pm-7am, free, nuitblanche.paris 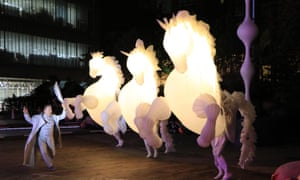 “The City Dreams of Art” is the theme for this year’s event, with projects transforming museums, galleries and public spaces across the Roppongi neighbourhood. The programme features large outdoor sculpture, exhibitions, traditional and contemporary music, lantern-making and other workshops, talks and all manner of kinetic and interactive art, from a moving shadow crocodile to giant luminescent puppets.
• 27-28 September, 10am-6pm, most shows 6pm-6am, free, roppongiartnight.com 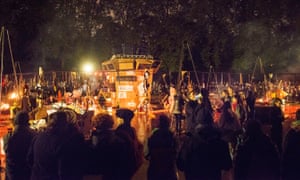 As part of a year-long celebration of the act of protest, this year’s event reflects on the legacy of the civil unrest of May 1968. Artists present contemporary protest in a variety of disciplines, including performance art, dance, photography and video installation. There’s also an audio walk with verbatim stories from the Brussels Jews who were relocated to the Marolles area in 1942, and a vocal group and pianist perform in the City of Brussels Archives.
• 6 October, 7pm-3am, free, nuitblanchebrussels.be

Art All Night: Made in DC, Washington DC 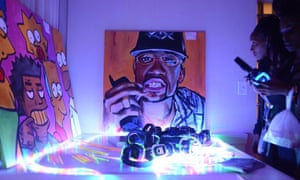 Six of the city’s neighbourhoods host this year’s event – in public, private and vacant spaces. Highlights include gospel concerts and a jazz speakeasy in Congress Heights; performance, art, meditation and street food in embassies around Dupoint Circle; illuminated murals and street parades in Shaw (where the festival began in 2011); film screenings and cocktails in North Capitol; and lots more musical, foodie and creative goings-on across in Deanwood, Minnesota Ave, H Street and Tenleytown.
• 29-30 September, 7pm-3am, free, artallnightdc.com 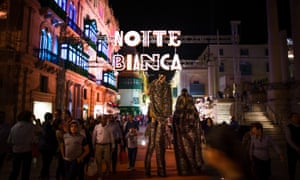 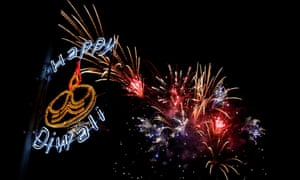 Coinciding with the Hindu new year, Diwali celebrates new beginnings, good over evil and light over dark. Festivities take place across India, including Jaipur where the city is draped in lights, and Varanasi, which sees thousands of candles (diyas) floating down the Ganges, fireworks and waterside chanting. (And on the full moon 15 days later, there is an even bigger spectacle of light, music and traditional rituals in Varanasi for Dev Deepavali, too.) In the UK, Leicester hosts one of the biggest celebrations outside of India, illuminating the Golden Mile, alongside a performance telling the story of Diwali, fireworks, dance, circus, a funfair, food stalls, and a programme of other cultural events soon to be announced.
• 7 November

There are many more night-time festivals returning for 2019, including Art Night London in July, Singapore Night Festival in August and Night of the Arts in Helsinki, also in August, which – running since 1989 – is thought to be one of the oldest nuit blanche-style festivals. (2019 dates to be confirmed.)