Dundee and the River Tay come as a pair. From William McGonagall’s poetry paying tribute to “the silvery Tay”, recounting the rail bridge disaster of 1879, to the current waterfront transformation, the river is the lifeblood of the town. The best way to see the city from the Tay estuary is to board a vessel operated by Pirate Boats, which operates from the pretty former fishing village of Broughty Ferry, five miles up the coast.

And it is from the water that you get perhaps the best views of the beautiful new Kengo Kuma-designed V&A, which will have permanent Scottish design galleries including objects from Charles Rennie Mackintosh’s Oak Tea Room. The trip also takes in Broughty Castle, the Larick Beacon, lighthouses, the strangely beautiful oil rigs, a grey seal colony, and the real possibility of seeing a pod of bottlenose dolphins.
• One hour trip from £80 for two adults and two children (7-15) or £24 per adult, pirateboatsltd.com 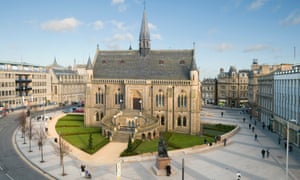 The new V&A will have much to live up to in the form of the McManus, the museum and art gallery that celebrated its 150th anniversary last year. This is a popular weekend hangout for nerdy schoolchildren who, like me, are fascinated by the Tay whale skeleton and the gruesome torture implements from medieval Dundee. There was a collective sigh of relief when it turned out they were still in place at the museum’s reopening in 2010 following its refurbishment. The McManus combines social history with an impressive painting collection and temporary exhibitions. From 2 June to 21 October the McManus will become the McMenace, with an exhibition celebrating the Beano, produced by Dundee publishers DC Thomson, as the comic reaches its 80th birthday.
• Admission free, Albert Square, mcmanus.co.uk 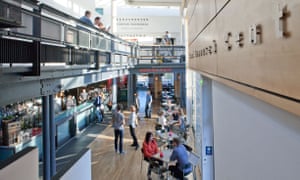 The DCA was the cornerstone of the city’s cultural renaissance. When it opened in 1999 it was regarded with suspicion by some, but now, with its combination of art installations, creative learning programmes, a two-screen cinema, and a cafe bar with outside seating, it has become a destination that offers as much to fans of blockbusters as to chin-strokers. In combination with Creative Dundee, it has created Behind the Scenes, a walking tour giving backstage access to the city’s cultural venues and workshops, starting at the DCA and taking in Dundee Rep and the McManus.
• Galleries free, 152 Nethergate, dca.org.uk 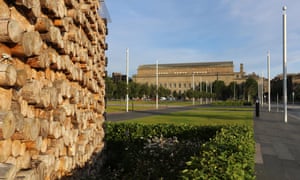 On the waterfront, and part of the £1bn redevelopment, Slessor Gardens is Dundee’s newest public space. It has been well-supported for events such as a public art project rebuilding the town’s Royal Arch (demolished in the 1960s) in cardboard boxes. It also hosts outdoor gigs, with Steps in June, Rita Ora in July, Simple Minds in September, and more to be announced. There are quiet areas for city-centre contemplation and the Discovery Walk with bronze plaques paying tribute to local inventors and social reformers.
• dundeewaterfront.com 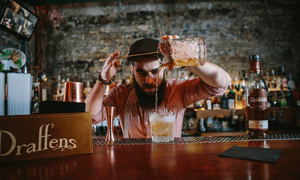 Draffens was once the city’s department store of choice – it closed in the 1980s – and part of its basement now houses this speakeasy, with cocktails starting at around £8 (try the “corpse reviver”, a mix of gin with triple sec and absinthe). There is no official online presence (an unofficial Facebook page gives the location) but to save your shoe leather, it can be found down an alleyway called Couttie’s Wynd off Nethergate. The entrance is unsigned and unassuming but listen out for the jazz below. 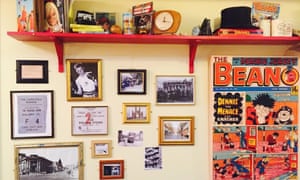 Good cake is widely available in Dundee, though visitors will struggle to find a slab of the traditional Scottish fruitcake that bears the city’s name. The Palais takes its creative cues from the 1950s and 60s, namedafter a famous Dundee dancehall and awash with pop culture memorabilia. You will be served by some beautifully retro waiting staff, but the portions themselves, whether it’s morning toast or afternoon tea, are definitely post-rationing. Homemade soups, snacks, hot drinks and cakes are reasonably priced compared with the chain cafes, and the atmosphere adds extra value.
• 11 Union Street, on Facebook 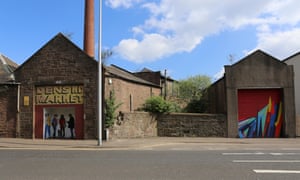 The brainchild of a University of Dundee student, OpenClose has provided local street artists with the canvas of neglected doorways on city centre backstreets. This has created two open-air art trails, with a location map of the 19 doorways available to download from the project’s website. The success of OpenClose has extended its reach from the city centre into other areas of Dundee, with artists bringing the forgotten doorways of Stobswell to life.
• Free, openclosedundee.co.uk 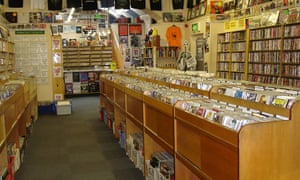 For more than 40 years Groucho’s has welcomed and educated music lovers, watching its racks go almost full circle from only vinyl to predominantly vinyl with a hangover from the invasion of those pesky CDs. Alastair Brodie has been at the helm throughout and the staff offer encyclopaedic knowledge of almost every genre. Posters, reconditioned record players, DVDs, concert tickets, and books complement the racks of reasonably priced vinyl. The knowledgeable banter from the team behind the counter is worth popping in for alone.
• 132 Nethergate, grouchos.co.uk 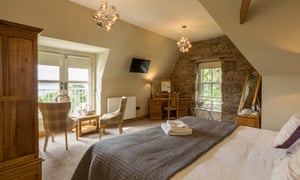 Taypark House in the city’s attractive West End is a chance to stay in a traditional Scottish baronial mansion, with views across the river Tay. It’s not really central but it is a straight walk down Perth Road, taking in some of Dundee’s most interesting pubs, cafes, and independent shops.
• Doubles from £80 room only. Full breakfast £9.50, tayparkhouse.co.uk 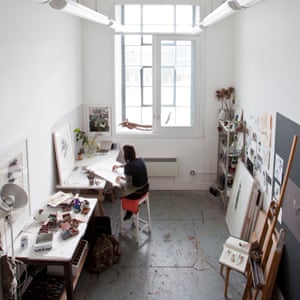 The Wasps artistic community is one of the city’s long-established havens for artists and designers of all kinds, from jewellery to fashion and textiles. Established in the mid-1970s as the Workshop and Artist Studio Provisions Scotland, it is now a charity that has 18 locations across the country, providing affordable studios to about 800 artists and 25 arts organisations. In Dundee, Wasps takes up three floors of a former jute mill in the city centre. There are regular open days and artists’ sales, but to visit individual studios get in touch first.
• Meadowmill, West Henderson’s Wynd, waspsstudios.org.uk

Getting there
Until 24 June, trains to Dundee will be operated by Virgin Trains East Coast; after this date, the line will be taken over by the renationalised London North Eastern Railway.

V&A Dundee
A two-day festival celebrating design, music and performance will mark the opening of V&A Dundee on 15 September. The 3D Festival – a name that references Dundee, design and the city’s spirit of discovery – will open the day before with a one-off outdoor performance involving music, design and dance. It will continue on Saturday with family activities, hands-on design workshops, music and creative collaborations on the main stage. The opening exhibition will be Ocean Liners: Speed and Style. Permanent exhibitions will explore Scotland’s design history.
• Free entry, except certain exhibitions, vandadundee.org, open daily 10am-5pm