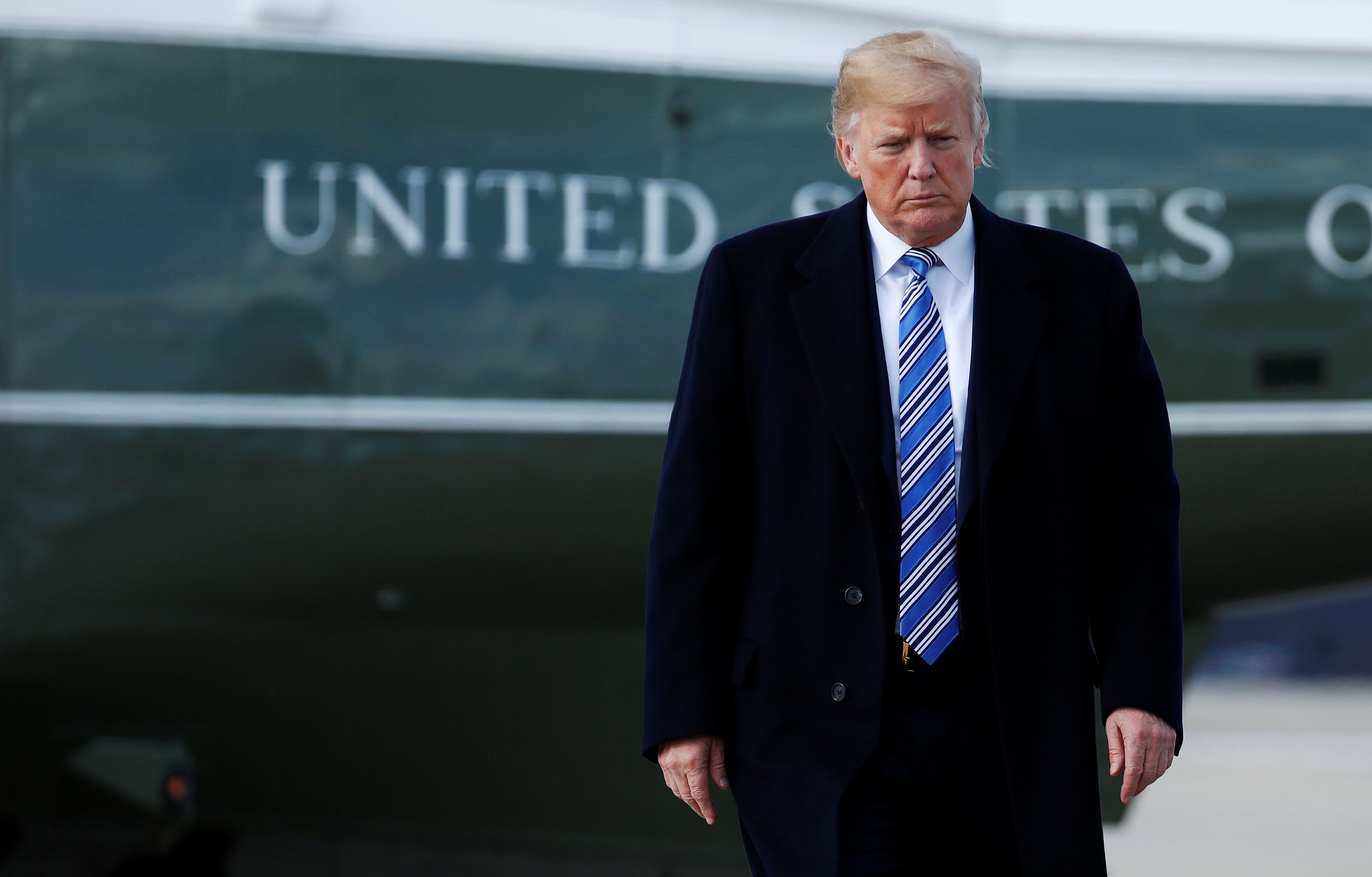 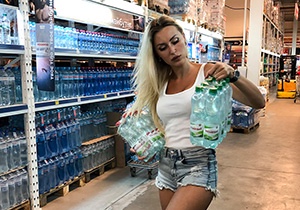 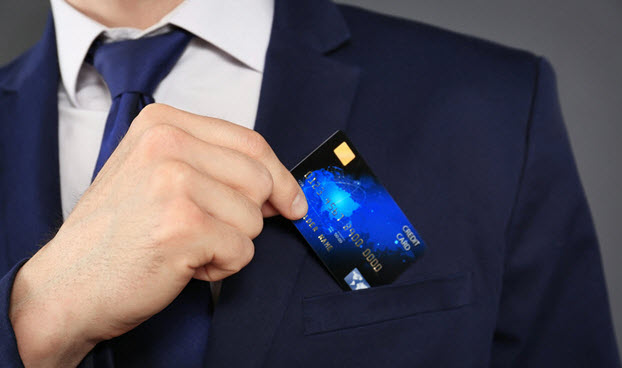 The weird and the wonderful

Mount Rushmore is one of the US’ best-known attractions, drawing more than three million people every year. But many don’t realize that a hidden corridor lies behind the gigantic granite head of President Abraham Lincoln…

The subterranean space was used to keep gladiators and exotic animals (including elephants, leopards, panthers and bears) before they were lifted up to the main arena by a system of winches and pulleys to do battle. Closed to the general public until several years ago, tours of the hypogeum are now possible.

Located on top of the hill al-Sabika, on the left bank of the river Darro, there’s plenty to keep you intrigued above ground at Granada’s imposing Alhambra. However, even more intrigue lies hidden below the majestic palace…

The Monument to the Great Fire of London, London, UK

Erected at the end of London Bridge in 1677 to celebrate the rebuilding of the city after the Great Fire of London, the Monument is 202-foot-high, the exact distance between it and the site where the fire began on Pudding Lane. Hundreds of thousands of visitors have climbed its steps over the years to enjoy views over England’s capital, but it isn’t just a monument…

The Monument to the Great Fire of London, London, UK

Within the station keep an eye out for the entrance to the Padiglione Reale (Royal Pavilion), a luxurious two-level waiting room, near platform 21. It was built in the 1920s for the Italian royal family, the Savoias, as they waited to board a train to their countryside palace. Swastikas were added to wood flooring in its main room in anticipation of hosting Hitler, although he never used it. Today the pavilion is used for special events and occasionally opened for public tours.

Movie buffs will recognize it as the route to the Divination Classroom in Harry Potter and the Prisoner of Azkaban. You can join a guided tour to see the spectacular stone spiral, the Chapel of St Michael & St George, Wren’s Great Model and the Quire, areas not normally accessible to the public. Although, the library is closed until summer 2020 for a major conservation project.

In the basement at 1600 Pennsylvania Avenue, there are several rooms you would be surprised to find. As well as a bowling alley, there’s also a flower shop, carpenter’s shop and a dental surgery. It’s a veritable mall down there.

Heading to Washington DC? See the top things to do, what to eat and where to stay here

An extension of Grand Central Station, track 61 was built in the 1930s to help President Roosevelt keep his polio diagnosis private while commuting between New York and Washington DC. Roosevelt’s private train car hasn’t moved since his death in 1945, however, rumors swirl that the tracks are still in use by commanders-in-chief. Although, the hotel is currently closed for renovations.

What many visitors don’t know is that these are, in fact, false tombs; the real tombs lie beneath, at garden level, and are off-limits to the public. See more of India’s most beautiful places here.

As the oldest part of the capital, the City of London is full of secrets – hidden lanes, peculiar signs and odd little buildings. But many of its most ancient secrets lie hidden beneath your feet – and the medieval Guildhall is no exception…

Anyone that’s been will know that New York’s vast Grand Central Terminal is so much more than a train station. It’s a destination in its own right with shops, a food market, bars and restaurants.

Archaeologists excavated the original moat 23 feet (7m) below the Cour Carrée during construction of the glass pyramid. Take a stroll through the medieval part of the Sully Wing to marvel at this age-old feat of engineering.

The sprawling Piazza del Popolo is one of Rome’s most majestic and busy squares with three churches, pretty fountains and a large Egyptian obelisk. However, it wasn’t always such a convivial place. It is thought to have been built on the site of the infamous Roman emperor Nero’s family estate and his burial ground. According to medieval legend, Nero’s evil spirit haunted a tree on the site until the Vatican exorcized the area, cut down the tree and built the Santa Maria del Popolo, after which the square takes its name.

Opened in 1873 and designed by renowned architect Sir George Gilbert Scott, the prestigious Midland Grand Hotel was the epitome of a majestic railway hotel. While most people are aware of the sumptuously restored St Pancras Renaissance Hotel, which reopened in 2011 after decades of neglect, few know what else is tucked away…

The mosque is home to the world’s largest handmade carpet, which took 1,200 women two years to make. The carpet weighs a staggering 35 tons and measures more than 60,000 square feet.

Left to gather dust for many years, the secret apartment given to theater giant Samuel ‘Roxy’ Rothafel by the Rockefeller family in 1932 is now open to public tours and for private events. The wood-paneled Art Deco space in the eaves of the legendary music hall was where the mogul entertained peers such as Walt Disney, Judy Garland and Alfred Hitchcock but was largely forgotten after he died in 1936. Join a tour to hear about the famous faces and lavish parties that have been held at the Roxy Suite and to admire its glitzy interior, including lavish gold leaf ceilings.

Look up: the world’s most jaw-dropping ceilings

The cavern, built to support the structures above, was forgotten about until the 1970s. It was briefly rediscovered and used for tours, before they were halted due to asbestos issues. There are plans to reopen the space in 2022, in time for the monument’s centennial celebration.

Bibliophiles will be in seventh heaven in this cavernous library which lies hidden in the imposing Binnenhof. Sadly, the secret space – called the Handelingenkamer – is rarely open to the public. Complete with old-fashioned ladders, balustrades and a glass roof, which floods the room with natural light, the library was built in the late 19th century and houses volumes of verbatim reports of the proceedings and debates of Dutch parliament.

Here are more of the world’s most incredible libraries

Designed by Sir Christopher Wren as a ceremonial dining room in the early 18th century, the spectacular Painted Hall at the Old Royal Naval College has reopened after a $10.5 million (£8.5m) conservation project. As well as ogling at 18th-century artist Sir James Thornhill’s lavish wall and ceiling paintings, you can see two rooms from Henry VIII’s long-lost Greenwich Palace. They were unearthed beneath a concrete floor during the works. One was a cellar, which archaeologists believe may have been used to keep skeps (beehive baskets) during winter.

Constructed below the River Thames, the cavernous Bascule Chambers are huge brick-line spaces used to house the counterweights when the bridge is lifted. Now the startling subterranean space is one of London’s coolest and most covert venues for concerts and events. It is occasionally open for public tours too.

The Tower of London, London, UK

The Tower of London, London, UK

Known as the Ceremony of the Keys, the traditional locking up of the tower by the Chief Yeoman Warder has taken place without fail for seven centuries. The exact same wording has been used by the sentry and warders for all these years, bar for the name of the reigning monarch. Tickets to watch this intriguing historic ritual are free but must be pre-booked.

The majestic Colossi of Memnon are one of many striking monuments on Luxor’s west bank. Built to guard the funerary temple of Amenophis (or Amenhotep) III, they are immense and captivating. But did you know these now faceless statues used to sing? It’s thought an earthquake in 27 BC caused the northern colossi to crack which led to it emitting an ethereal whistling sound at sunrise. They were a top tourist spot for ancient visitors until a bodge repair job under the orders of Emperor Septimius Severus in the third century AD rendered them silent.

New discoveries have recently come to light at the site of Emperor Nero’s sprawling and opulent palace, the Domus Aurea, as a team of archaeologists unearthed a mysterious chamber. The underground room, which lay hidden for nearly 2,000 years, is rich in Roman frescoes including images of panthers, centaurs and a sphinx. It’s thought the images were painted by imperial Roman craftsmen between AD 65 and AD 68.

With its fortress-like castellations and bell tower, Florence’s Palazzo Vecchio is one of the city’s best-known landmarks. The town hall has a long and enthralling history and harbors many secrets including a hidden staircase added by the Duke of Athens for covert nightly exits. When Duke Cosimo I de’ Medici and his wife Eleonora of Toledo decided to turn the palace into their residence yet more secret routes and chambers were installed. You can discover some of the palace’s secrets on a special tour.

The ruins of the once monumental city of Teotihuacán make up one of Mexico’s most enigmatic archaeology sites with many mysteries still surrounding its origin and demise. Last year archaeologists discovered a hidden tunnel leading to a chamber deep underneath one of its vast stone temples, the Pyramid of the Moon. Experts believe the ancient civilization could have used the chamber for funereal rituals or ceremonies, and that the tunnel itself could have signified the route to the underworld.

There is an observatory inside the torch, the statue’s highest point. However, it’s strictly off-limits to visitors, and has been ever since 1916. That year, German spies blew up a nearby munitions depot and the resulting explosion caused significant damage to the torch. Although the damage has since been repaired, the torch has never been reopened to the public.